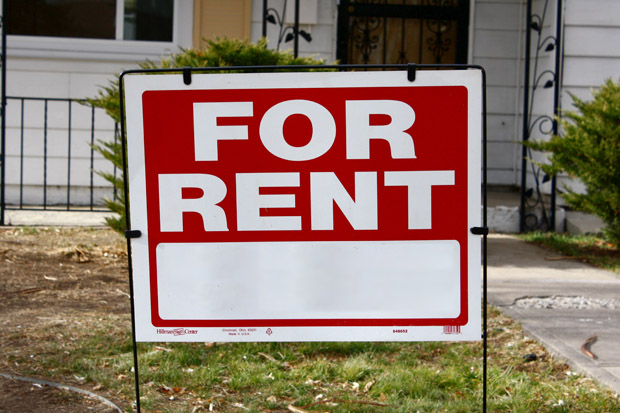 Time for a Renters’ Revolt!

Half of all U.S. renters today pay more than 30 percent of their incomes on rent. That’s up from 18 percent a decade ago

Since the housing crisis began in 2008, approximately 4.6 million homes were lost to foreclosure, according to CoreLogic. The vast majority of those homeowners became renters. Even as housing recovered, credit tightened, pushing even more potential buyers out of homeownership and into rentals, both apartments and single-family rental homes.

There are now 43 million renter households, or 35 percent of all U.S. households, the highest rate in over a decade for all age groups, according to Harvard’s Joint Center for Housing Studies; 4 million more renters today than there were in 2007. For those aged 25 to 54, rental rates are the highest since the center began record keeping in the early 1970s.

As a result, rental vacancies have fallen dramatically, and rents have skyrocketed.

“We are in the midst of the worst rental affordability crisis that this country has known,” said Shaun Donovan, U.S. Secretary of Housing and Urban Development.

Half of all U.S. renters today pay more than 30 percent of their incomes on rent. That’s up from 18 percent a decade ago, according to the Harvard center. For those in the lowest income brackets, the jump is even worse.

“Over four years, a 43 percent increase in the number of Americans with worst-case housing needs,” said Donovan. “Let’s be clear what that means, they’re paying more than half of every dollar they earn for housing.”

The numbers are not lost on Annie Eccles, who is in her late 20s. She has been renting for over two years, and the rent on her Bethesda, Md., apartment has increased by the maximum the county allows every year.

“It’s frustrating because we pay for rent, we also pay for parking, and just knowing that every June it’s going to increase significantly, it’s frustrating,” said Eccles.

And Eccles pays almost as much each month on student loan debt as she does in rent. Put together, it makes it very hard for her and her husband to save up enough to buy a home of their own.

“It would be hard buying in this area, just because it’s so expensive,” she added.

Most younger Americans, like Eccles, want to be homeowners someday. While so-called millennials favor mobility and city living, they still see homeownership as a goal.

“Nineteen out of 20 people that are surveyed say that they intend to buy a home at some point in the future, if they’re under the age of 30,” said Eric Belsky, director of Harvard’s Joint Center for Housing Studies. “There is no question that the will toward homeownership remains there, it’s the way.”

Home prices are rising faster than expected, due to heavy investor demand, ironically in single-family rental housing. While more than 3 million owner-occupied homes are now investor-owned rentals, there is still a lack of supply in the market. New rental stock is coming soon, but demand is not easing. Renters may want to be buyers, but many still can’t, due to rising home prices and mortgage rates.

“You add in other things, like higher student debt for many people, you add in the fact that incomes for low- and moderate-income people have not been going up as fast as inflation, and you have a situation where it’s going to be very difficult to buy homes,” said Belsky.