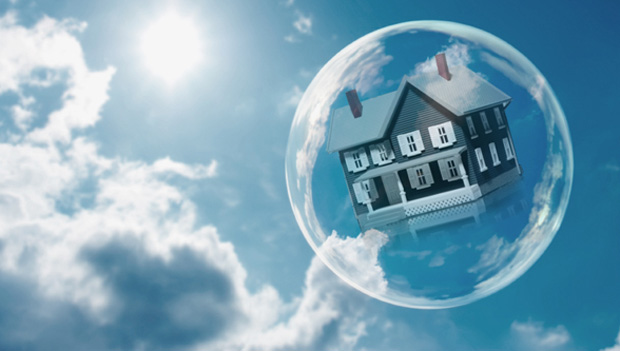 Time for an Economy, Of, By and For the People

This article is based on the weekly bi-newsletter of It’s Our Economy, subscribe here.

The reaction to Ben Bernanke’s suggestion that it may be time to wind down the easy money policies which have been injecting $85 billion into the hands of Wall Street each month show that the ‘recovery’ has been a fraud.

In the weeks since the Fed chairman first indicated that the central bank might start to pare back its support for the economy, markets in Asia, Europe and Latin America have fallen more than 6 percent, while in the United States, they have fallen 4 percent.

There is a lot of opposition to this plan to end easy access to money. In a statement explaining his dissent from the Fed’s announcement, James Bullard, president of the Federal Reserve Bank of St. Louis, claimed it looked like it was based on a calendar rather than on the state of the economy.

Paul Krugman wrote that Bernanke’s timing is off because we’re in a “low-grade depression.” He points to high unemployment, high underemployment, millions of Americans dropping out of the job market and low inflation as indicators that it is too soon to cut access to money. Jared Bernstein, a former Obama economic adviser, adds that it is too soon to shift from the jobs deficit to the budget deficit and the Fed may be making the same mistake as Congress.

But, there are signs that perhaps Bernanke is right and the real failure is Obama and Congress. The much vaulted housing ‘recovery’ has been fueled by easy money that allowed investors to buy houses cheap which, when combined with banks holding properties in foreclosure off the market, resulted in rising prices. In the Guardian, Heidi Moore points out that “double digit rises” in housing prices are not sustainable especially when “house prices are rising when the rest of the economy is languishing; that’s either a sign of an overheated market or some external manipulation.”  Economist Dean Baker warns, we seem to be in a new housing bubble and “we may be in for another round of very bad news if interest rates ever return to more normal levels.”

So, both the stock market bubble and the housing bubble, fueled by the Fed’s cheap money policies, may be coming to an end. Optimists pointed to these as the bright signs in the ‘recovery,’ but now we are seeing that they are really a mirage based on the Fed injecting massive amounts of money into the economy.

The reason there is no recovery has been evident to many – the White House and Congress have not put in place policies to create a real recovery.  Their focus on reducing the deficit, which has proven to not be based on sound research or an understanding of economic history, starved the country of what it needed most – job creation and rising wages.  Instead the people got policies that caused stagnant wages and budget cuts that the IMF this week called “senseless and ill-designed.”

The failure to enact a minimum wage has really meant that underpaid workers are seeing their income shrink and a recovery cannot be built on shrinking income of workers. In addition, the big banks are finding new ways to rip-off low wage workers.  In Bloomberg, Venture capitalist Neil Hanauer makes “The Capitalist’s Case for a $15 Minimum Wage,” writing: “In a capitalist system, rising inequality creates a death spiral of falling demand that ultimately takes everyone down.” He calls for $15 per hour because if wages had kept up with productivity gains since 1968, the minimum would be $21.72. His suggestion is $6 more than the inadequate Obama proposal.

Felix Salmon points out that this would immediately increase the incomes of 51 million Americans – Americans who need the money and would spend it quickly. In addition, it would stop poverty-wage employers like Walmart from eating up government resources, tax payer-funded services such as food stamps and health care. (Instead, Obama has nominated a Walmart cheerleader to head his economic advisers.)  In addition, a $15 minimum wage would create jobs and serve as a much-needed $450 billion stimulus. Indeed, a global minimum wage that is at least half the median income of a country and above its poverty level, would end poverty and provide a foundation for the global economy.

In addition to raising wages, as there is certainly no wage inflation, there is a desperate need for job creation programs by the government. As Robert Reich writes, we need a national economic strategy for better jobs.

Of course, the people have wanted to see the government invest in good job creation for a long time. A Gallup poll this week found that 72 percent of Americans want to see investment in infrastructure which would create many jobs. But, in the failed representative democracy of the United States, the people are not heard. A report this week by Transportation for America found one in nine US bridges is structurally deficient. The American Society of Civil Engineers says $3.6 trillion in investments in infrastructure are needed by 2020. Wouldn’t this type of spending, rather than cheap money for the banks through the Fed, do more to grow the real economy?

The second area where job creation is needed is to create a clean energy economy. The United States is at a crossroads. The “all of the above” path Obama and Congress have us on will lead to environmental devastation through extreme energy extraction. Radical energy sources like oil from tar sands, methane gas from hydro-fracking, coal from mountain top removal, oil from deep off-shore drilling and nuclear from uranium mining is making the United States ground zero for the dirtiest energy on Earth.

Energy experts tell us in addition to environmental collapse, this approach will not solve the energy crisis. The only answer is accelerated development of clean, renewable energy. The first step in this transition is a crash program on reducing waste, increasing efficiency and using less energy.  All of this will create thousands and thousands of jobs. And, it will help reduce the wealth divide. Rather than subsidizing corporations where money is funneled to the top, the new energy economy will distribute energy creation down to every home, business, parking lot and public building. Democratized energy production means wealth for all, not for a few.

The misdirection of government and the economy have deep roots. The shift started to accelerate in the late 1970s when President Carter preached austerity and privatization, only to be outdone by President Reagan and succeeding presidents.  This was a time when social programs were put on the chopping block and the rich and corporations saw their taxes reduced. This was a key phase in the great unraveling of the US economy.

Today we see this looting class scamming consumers and the government doing nothing to stop it. In court, we are hearing how Bank of America gave bonuses to staff for foreclosing on houses and encouraged a culture of dishonesty. And, we’re seeing public schools starved, closed and privatized; college students being pushed into debt, professors turned into adjuncts while administrators get cheap loans for vacation homes;  and government services like Medicaid being privatized as well. Privatization means good paying government jobs are lost, people become unemployed while consumers pay more to cover corporate profit.

But, because of increases in technology that replace workers, we need to face a very important reality that is never discussed – there may never be enough jobs.  This requires a re-thinking of jobs and income. In the short run we should be talking about shorter work weeks at the same pay, but in the longer run we need to put in place programs that create a guaranteed national income above the poverty line.

This basic income guarantee would be a way to end poverty, making many government programs for the poor unnecessary.  As Milton Freidman said “We should replace the ragbag of specific welfare programs with a single comprehensive program of income supplements in cash — a negative income tax.” We have long suggested that we should transform corporate welfare into taxpayer investment, so that when taxpayers fund the new economy they get a share of the profit. This would build on the more than three decades of successful experience with the Alaska Permanent Trust which shares the wealth from oil found on public lands with residents of the state.

The current economy funnels money to the wealthiest (even casinos are getting bailouts); as a result the US middle class is shrinking. In fact, a report this week rates the US middle class as the 27th wealthiest in the world. There are a series of policies, some discussed in this article, that would reverse this trend and create a foundation for a 21st century economy.

The reality is the crisis of big finance, corporate capitalism is an opportunity to put in place a new economic democracy.  Actually, we would be accelerating what is already happening as 130 million Americans are already part of some type of cooperative, including bank cooperatives (credit unions) and people are putting in a wide range of economic democracy models at the local level. The crisis of capitalism is an opportunity for an economy consistent with the ideals of American democracy – an economy, of, by and for the people.

This article is based on a bi-weekly newsletter for ItsOurEconomy.us. To sign up for the free newsletter, click here.

Kevin Zeese JD and Margaret Flowers MD co-direct It’s Our Economy and are contributors to Popular Resistance.org.  They co-host Clearing the FOG on We Act Radio 1480 AM Washington, DC and on Economic Democracy Media. Their twitters are @KBZeese and @MFlowers8.