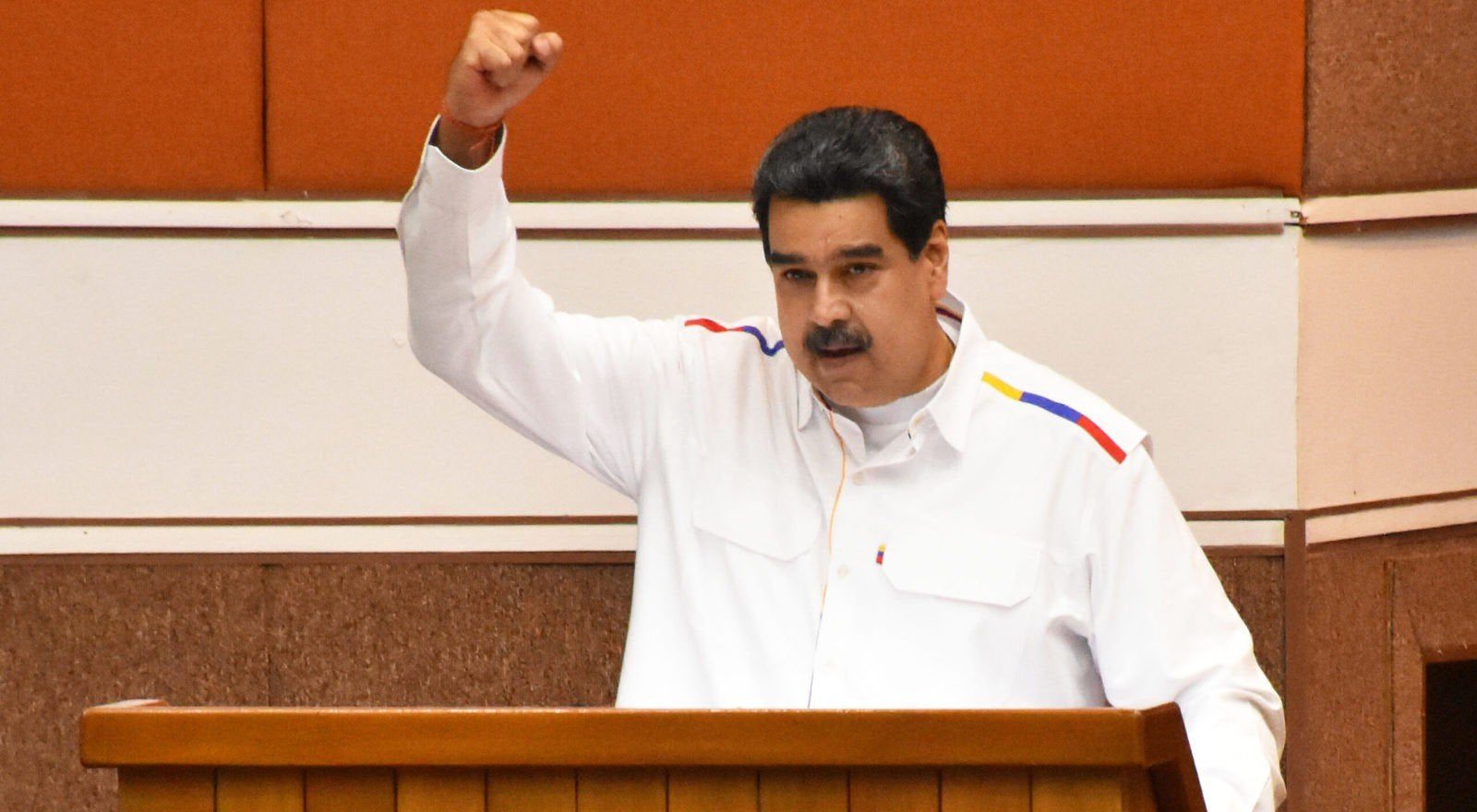 TIME Magazine Won’t Say It, But Maduro Is The Man Of The Year

Above photo: By Bill Hackwell.

Note: When the Embassy Protection Defense Collective was protecting the Venezuelan embassy in Washington, DC from takeover by pro-coup forces, we did so in solidarity with the Veneuelan people who had re-elected President Maduro in May of 2018. There were people in the embassy who were critical of Maduro and others who were supportive of him. Even those who were supportive recognized imperfections in his management of Venezuela. But the bottom line was that he is the president.

Maduro has a very difficult job with the US working everyday to undermine him. The aggressive actions by the United States along with its closest ally Colombia, which borders Venezuela, and with western nations and financial institutions makes it very difficult to manage the economy and government. This attack has been ongoing throughout the Trump administration but the aggressive use of illegal unilateral coercive measures (sanctions) escalated under President Obama when he made the outlandish claim that Venezuela was a national security threat to the US in 2015.

Maduro is still in power and would very likely win re-election if an election were held today. In my two visits to Venezuela, including during the election of May 2018, it was evident that people understood Maduro continues to put the people of Venezuela, especially the poorest, first. In the media and bi-partisan political environment in the US some people will find the article below to be outlandish as we are surrounded by false accusations that Maduro is a “tyrant” or “dictator.” In fact, Venezuela has a complex government that is a very deep democracy. Maduro continues in power because the people of Venezuela support him. For more information about the election and embassy protection effort see the Declaration of the Embassy Protection Collective. KZ

On January 4, 2019, the governments of the now decadent Grupo de Lima announced that from January 10 – the date on which, after winning elections whose numbers were better in terms of majority and participation than those legitimized by several of the leaders who questioned him, Nicolás Maduro would be proclaimed President of Venezuela – they would no longer recognize the Bolivarian government as the representative of the Venezuelan people.

From that moment on, the actions, sanctions, and statements against Maduro’s government followed one after the other without pause. Visible was an open presence of the United States government, in the person of its President, its Vice President, its Secretary of State and the National Security Advisor.

The recognition by Washington and a group of its allies to a self-proclaimed president in opposition to Maduro, plus economic sanctions, which have ranged from the confiscation of billions of dollars in funds owned by the Venezuelan government in the United States, Latin America, and Europe to the persecution of its finances and trade around the world.  The constant calls and blackmailing of the military to bring about a coup d’état against the Bolivarian government and a systematic demonization and production of false news about what is happening in the country, form a scenario in which all the weapons of the fourth-generation war have been used.

The highest point was the attempt to violate the Venezuelan borders from Colombia and Brazil combining the use of violence, the announcement of “humanitarian aid” without considering Venezuela’s authorities. In addition the fabrication of incidents to blame them on the Bolivarian government, a concert with stars of the mainstream of Latin music and the presence there of several Latin American presidents along with Cuban-American senator Marco Rubio who tweet in a state of total euphoria images of the dismemberment of Libyan leader Gadaffi. A month later, the sabotage of the national electrical system that left the entire country without electricity for several days.

Because of the magnitude of these events and challenges, it is necessary to measure the success of Nicolás Mauro:

Time magazine won’t say it, but Maduro is the man of the year. He has led the resistance against one of the greatest imperialist offensives in history and has maintained the initiative, succeeding in sustaining the unity of the internal revolutionary forces and international alliances in favor of multilateralism, sovereignty and popular interests.