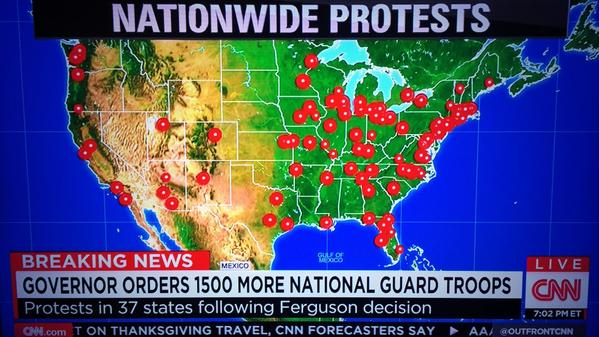 I was twenty-three the first time I went down to Zuccotti Park. At that time Occupy Wall Street was robust, new, and rapidly gaining popularity — and Zuccotti Park was the center of the universe. OWS was the top story in every paper, on every channel, and every website. Thousands of people were visiting the park on a daily basis, ranging from those who just came gawk at the spectacle, to those looking for a place to voice their cause, to organized field trips exploring democracy and civic engagement. Whether you were for it or against it (or confused by it) everyone in the country knew OWS was happening. After a week of desperately struggling to find a way to plug in, I finally found my way to the facilitation working group. I was swept up into the center of the storm and it was from that vantage point that I witnessed a movement that believed it was going to change the world in October 2011 fall to pieces by July 2012.

Occupy continues to affect popular discourse, and the networks forged there still exist and continue to do important work, but the reality is most of the formal organizing spaces in Occupy were anemic by the beginning of 2012. The working groups were a shadow of what they had been just months previously, the General Assembly was barely attended. In just a few months time a mass popular movement had transformed into little more than a radical clique.

In the years since the demise of Occupy I’ve studied, retreated, questioned, all to try to gain insight into what went wrong. What could have made the movement, the organizing space more successful? What could have prevented the massive fallouts and unhealthy organizing culture that developed during Occupy? Yes, state repression played a huge role in cracking the movement’s infrastructure, but the cracks in the pavement had begun long before the police force viciously dismantled the park.

As I see the same energy sweeping up across the country once again this time for a movement for racial justice, a cause even more important and personal to me than economic justices alone, I feel deeply compelled to share my learnings about how to sustain a popular mass movement. Here are a few:

As early as possible, be explicit, not implicit about what the movement is about and how the movement operates. Write it down, send it out. Blast it everywhere. In bullet points and principles, not paragraphs. Make it digestible.

Doing this allows the movement to define what is about, its culture, its tone and what meaningful participation with the movement looks like on the movement’s terms.

Movements cannot (and should not) be controlled. Successful movements are decentralized and belong to everyone. By being explicit about what the mission and organizing principles of the movement are you can allow all who resonate with the message of the movement, who are already doing work in service of the movement, to use their own capacity and creativity to contribute to the movement in a manner that is appropriate.

If the message of the movement is strong, then it will be far-reaching and widespread. It will reach masses of people that would be impossible to organize individually. There is no way to know all of the people who are touched by or called to a movement.. People want to contribute to a cause that means something to them whether they are seasoned organizers or the newly politicized public. Boundaries make it possible for people to decide the terms and nature of their movement. Boundaries also create opportunity for those who disagree with the mission or methods of the movement to find a different space.

One of the ways to deepen the stated principles of the movement is to communicate them through trainings.

Most successful movements of the last century have had some form of direct action training. Trainings educate people about the issues, and give people the tools they need to take collective risk. They can also double as an orientation space for people looking to become more involved in the movement.

The Civil Rights Movement, Act Up, and The Dreamers all had trainings not just to impart tools, but to communicate culture, purpose, and goals of the movement to new and old participants.

It’s also important to give people some options of how they can meaningfully contribute to the movement. Give people a wide range of options from making a Vine to hosting a direct action training to writing a letter to their congress person.

Giving people both low and high threshold options for their participation helps maximize participation in the movement for people at levels and capacities for involvement.

No matter the level of involvement, be explicit about exactly how people’s participation matters. People are much more likely to take action if they understand why their action makes a difference.

Movements are built on simple truths, but truths can be expressed in both pro-social and anti-social ways.

Stay true, stay radical, but, to the degree that it is possible, stay pro-social. In Occupy the movement built its organizing to protect anti-social expression, behavior, and politics. Although this was done in the effort of inclusivity, this resulted in the alienation of the sympathetic pro-social public.

A pro-social movement frames the conversation in terms that demonstrate why achieving the mission of the movement is to everyone’s benefit and contributes to the positive functioning of society. This framing isolates those in opposition to the movement in the extreme.

Alternatively, anti-social expression of the movement is jarring and solipsistic. This positioning frames the movement as indifferent to its impact on other people and polarizes people who may otherwise be sympathetic to the truth of the movement, against the movement.

I want to acknowledge that both pro social and anti social expressions can be equally true, and that choosing pro social framing can seem disingenuous. Indeed authentic expression should not be muted. This orientation is not always possible, but when it is possible it is strategic. The goal of mass movements is not to express the superiority of one’s politics over the politics of the mass — as inciting and real as that urge as that may be. The goal is to reveal to people that the movement’s aims are in line with, and a manifestation of, their core values.

Once the children and the grandmothers leave the movement, they rarely come back — no matter how much they agree with the underlying message of the movement.

I also want to be clear here, this is not about weakening the message, or catering to an audience that does not hold the movement’s interests at heart. This is not about pandering or diluting down the message. It is about extending an invitation for people to make the right choice — to do the right thing that welcomes them into that decision — into that better future the movement is advocating for.

Reverend James Lawson, architect of the lunch counter sit-ins, echoed this sentiment when I talked to him last August. Reverend Lawson expressed to me that movements need to have space for people of all age—young and old all deserve space in the movement, everyone needs to be able to envision a future in the world the movement will create.

What does this look like, concretely? It looks like calling in rather than calling out, and creating time and space between actions with different risk levels, rather than just carving out space for the most radical action. It also looks like encouraging the movement and its participants to adopt a growth mindset, cultivating transformational spaces and speaking to the convertable— not just the converted.

Although we live in a world of increased importance of social media, actions still speak louder than words. Whatever actions are happening on the ground will at best influence, and at worst take hostage of the conversation on the air waves. Movements are at the mercy of what happens on the ground.

It’s crucial to have organizing on the ground in as many places as possible that echoes with the messaging of the movement with action.

Movements must walk the walk and talk the talk.

This is also a useful orientation for action. Many of the most successful tactics and actions of successful movements focused not just on explaining but making visible, through action, the latent violence of the current system.

Every movement stands on the shoulders of movements that came before it. We are all running on best practices.

No movement will function perfectly, but every movement can function better by building on the lessons of the movement that came before it.

According to a study on the success of non-violent civil resistance done by Erica Chenoweth, a professor of Political Science at the University of Denver, no popular movement that has had 3.5% active popular support from the general population has ever failed to get its demands met. A well-informed base in active public support of the movement is not just good optics, it is what determines the movement’s success or failure.

In the past 3 months the #BlackLivesMatter movement has mobilized hundreds of thousands of people into the streets, and has resonated with millions more than that, it has fundamentally changed the mainstream conversation about race in the United States even on the most unfriendly mediums, and has already built pressure to secure meetings with President Obama and a retraining of the largest police force in the country. It is a movement that has the potential to undo even more vestiges of systemic racism in the United States and around the world. This is the movement this generation has been waiting for. Let’s give it the best chance to succeed that we possibly can.

Nicole Carty studied Sociology at Brown University. She was a facilitator, direct action planner, and trainer with Occupy Wall Street, has undergone Movement Mastery training, and has studied Civil Resistance at the James Lawson Institute.