To Fight Racial Inequality We Need To Rethink Our Economy

Above Photo: KEYSTONE-FRANCE VIA GETTY IMAGES. A demonstration in the streets of Detroit in August 1967.

These aren’t just numbers on a page, they are the outcome of policies and practices that create the systemic racial inequality pervading America today.

Last week, the Economic Policy Institute published a report, stating what many of us already know – that in the 50 years since the U.S. government took the decision to document segregation, poverty and racism in America, many of the problems identified half a century ago are still with us. Indeed, some have gotten worse.

In 1967, the U.S. had one of its most violent years ever. There were more than 160 urban rebellions recorded in the first nine months of the year alone. Cities from Alton, Illinois, to Ypsilanti, Michigan, were affected, and the larger disorders – in places like Detroit and Newark, New Jersey, – were some of the worst the nation had ever experienced.

In response, President Lyndon Johnson established a commission led by former Illinois Governor Otto Kerner to get to the roots of what happened and work out how to stop them from happening again. The resulting in the 1968 Kerner Commission Report concluded: “Our nation is moving toward two societies, one black, one white—separate and unequal.” It called for a sweeping set of reforms totaling some $80 billion.

These reforms were designed to make police more representative and more accountable to working class black communities, to integrate the news media to provide better reporting of ghetto conditions, and to provide over two million public and private sector jobs by creating a sweeping jobs program.

Although the Kerner report was released with much fanfare, it fell victim to politics and war. In the wake of the Tet Offensive in Vietnam and diminishing political support for liberal government in general, few if any of the report’s recommendations were implemented.

Soon after the report was released the nation elected Richard Nixon as president on a “law and order” campaign that was a thinly veiled attempt to use the urban disorders to stoke racial resentment.

Jump forward 50 years. We haven’t had anywhere near the number or type of disorders that brought the Kerner Commission into being – the 2015 Freddie Gray uprising in Baltimore, for example, was neither as violent nor as costly as the 1968 rebellion on the heels of the assassination of Martin Luther King Jr. – but it is clear the conditions are similar. While there have been improvements in some areas for black people, the gap between black and white for everything from housing access to economic opportunity is widening. 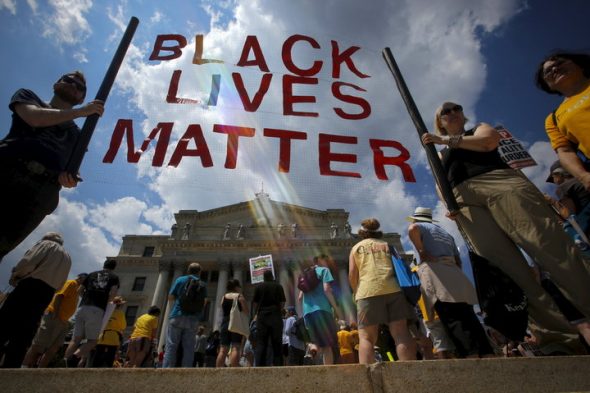 What the report does not do is connect these problems to larger shifts in the economy. In the years since the Kerner Report was released, union membership has decreased significantly, public sector jobs have fallen – particularly since the 2008 crash – and the size of the manufacturing sector has decreased significantly. At the same time, the safety net in America has dwindled and remains the subject of constant attacks.

Simply asking for piecemeal measures such as more funding for rebuilding infrastructure may drive movement in a positive direction, but it won’t address the fundamental, underlying problems.

What we need more than anything else is an entirely new way of thinking about our economy that prioritizes equality – not just along racial lines – as well as a way of garnering a larger slice of the wealth accumulated by the 1 percent and multinational corporations to provide a robust safety net.