To The Rt Hon Jacinda Ardern, Prime Minister Of New Zealand: Please Call A National referendum On The CPTPP Treaty

Above Photo: New Zealand protest march on the TPPA treaty in 2015. The banner calls for a national referendum on whether or not to join the treaty.

Dear Prime Minister, in the interests of New Zealand as a democracy, please call a national referendum on whether or not NZ should join the CPTPP treaty.

Yesterday at 6 pm, the Trans-Pacific Partnership Agreement (CPTPP) Amendment Bill was approved by our House of Representatives in Parliament. 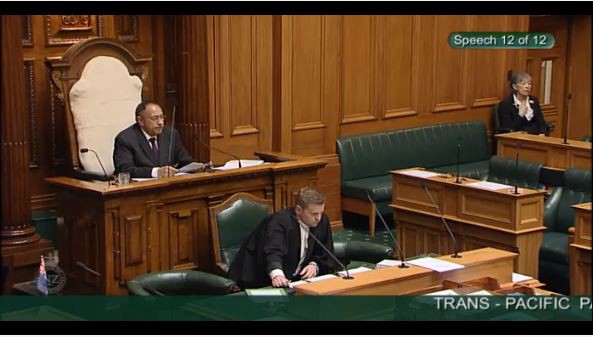 A vote is called for on the third reading of Trans-Pacific Partnership Agreement (CPTPP) Amendment Bill, New Zealand House of Representatives, 24 October 2018.

Now it’s your decision on whether or not to forward the Bill to the Governor-General with a recommendation to sign it into law. In practice, that decides whether or not NZ commits to join the CPTPP treaty.

Before that happens, it’s certainly within your powers to ask for a national referendum so New Zealanders can finally get to vote on the controversial treaty.

In 2015 and 2016, when the treaty was still called the TPPA, town hall meetings were held up and down the country to express concerns around the treaty.

Lots of New Zealanders marched in the streets — perhaps as many as 100,000. There were no marches in support. 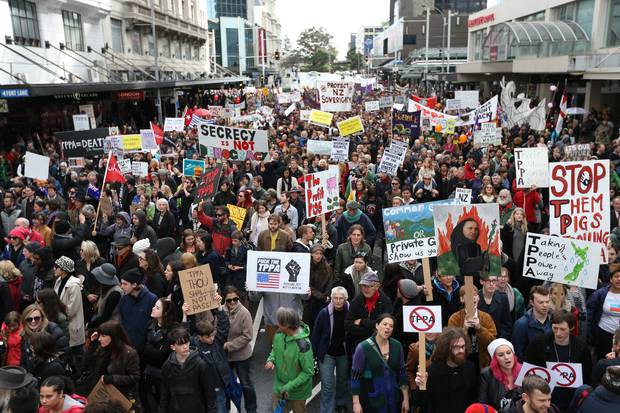 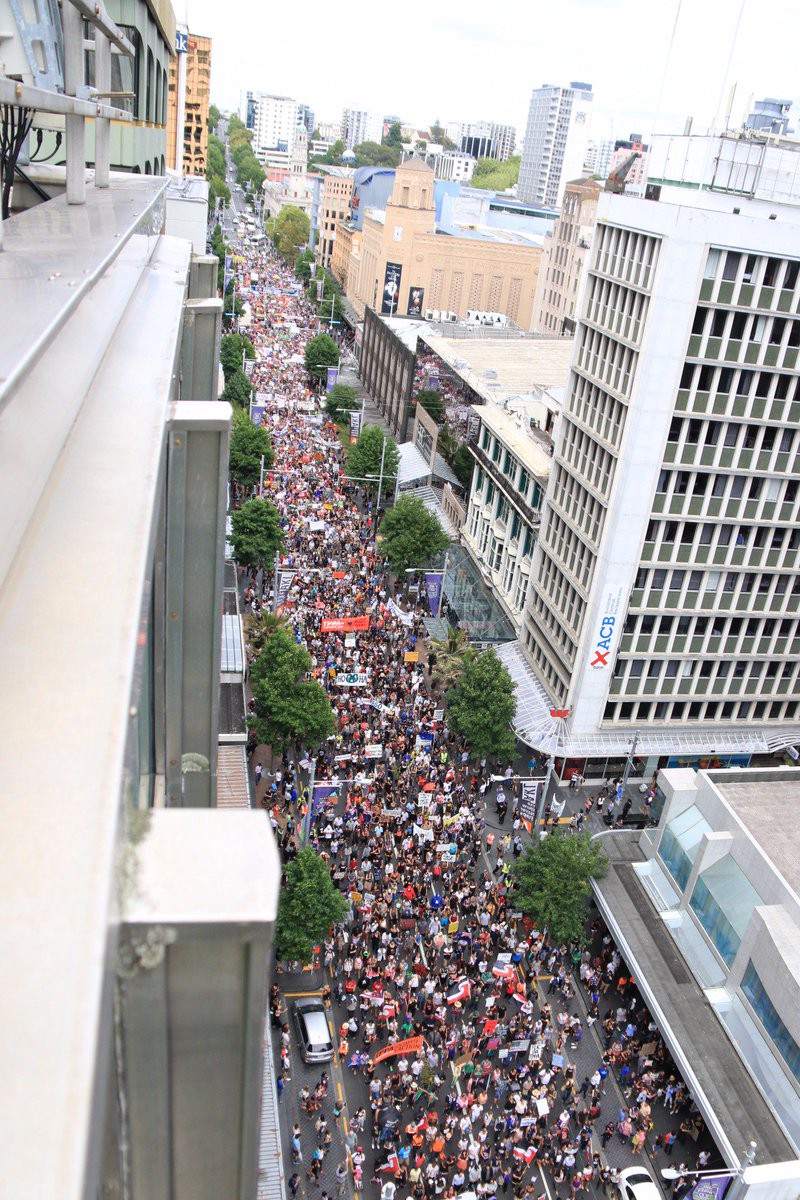 Then, in the 2017 General Elections, New Zealanders voted out the National Government that had supported the treaty. Your Government was voted in, comprised of parties who had all campaigned on opposing the treaty, at least as it was then drafted.

It is accepted that your Government has since negotiated changes to improve the treaty. The treaty’s name has changed to the CPTPP.

It’s a part of our democracy that New Zealanders should be consulted, in national referendums, on the most important issues affecting our nation.

In 2015, New Zealand held two referendums around changing our flag. Deciding on joining this treaty is certainly a more important decision than the flag decision. 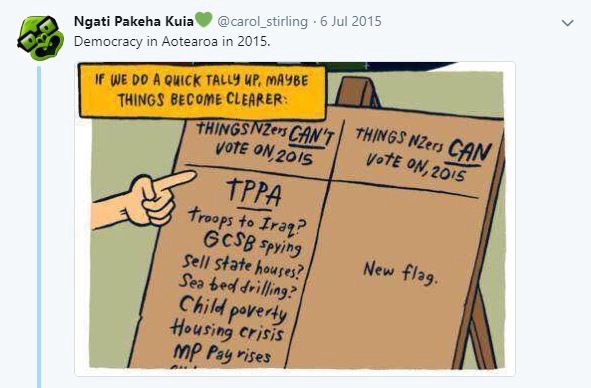 2015 tweet by New Zealander Carol Stirling commenting on the limits to democratic participation in New Zealand Aotearoa. The picture is a screen shot from this animated cartoon by Toby Morris.

It is widely accepted that whether or not New Zealand joins the CPTPP treaty will be of profound importance to our future.

In these circumstances, please call a national referendum on whether or not NZ should join the CPTPP treaty.