Today Is Earth Overshoot Day, Here’s What It Means

From today onwards, we have used every last bit of natural resources that Earth can provide within one calendar year and are now living on ecological credit.

This year, Earth Overshoot Day occurs on August 22. It marks the imaginary point when humanity’s demand exceeds what Earth can regenerate in that year.

The international research organization Global Footprint Network, which has been calculating this date since 1970, estimates 1.6 planets are required to support our population’s way of life.

How is the date calculated?

The methodology relies on a “demand-supply” calculation.

Then, the demand of said state is substracted: its inhabitants’ needs for plant-based food and fiber products, livestock and fish products, timber, space for urban infrastructure, and forest to absorb its carbon dioxide emissions from fossil fuels.

Both results are expressed in global hectares, standardized with world average productivity for the sake of comparison.

If a population’s demand for natural assets outnumbers the supply, that area runs an ecological deficit and the organisation sets a symbolic date to mark the beginning of this deficit. 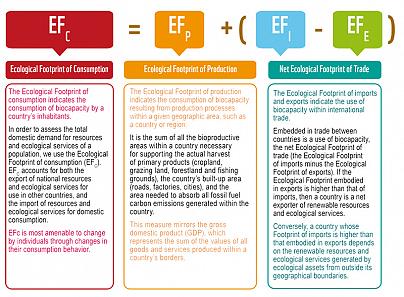 Which countries have the biggest ecological footprint?

August 22 is the average overshoot day globally but each country starts living on ecological debt at different times.

To maintain the deficit, countries will either liquidate their own ecological assets (by overfishing for instance), overproduce (emitting more carbon dioxide into the atmosphere) or import missing resources from their neighbours.

No nation makes it to the end of 2020 without widening this deficit. However, there are significant differences between one nation to another.

While one planet would almost be enough to support the needs of Indonesians, we would need a little less than two Earths if we were to live like Qataris. 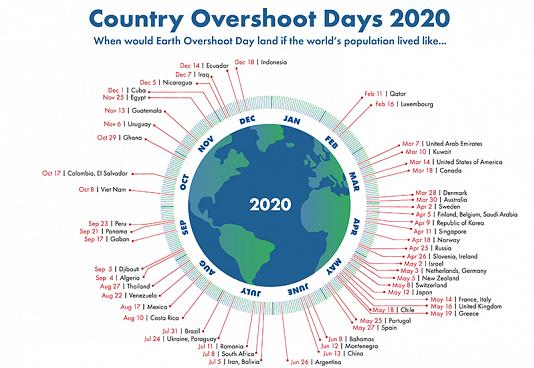 The worst student in the European class is Luxembourg with the country overshoot day set as early as February 16. At the other end of the spectrum, Moldova is only 23 days away from having enough domestic natural resources to supply its population’s needs.

What impact has the COVID-19 crisis had?

For the first time in years, the global overshoot day has moved back. Last year, it landed on July 29 — nearly a month earlier.

Sadly enough though, this can mainly be attributed to the coronavirus pandemic and its aftereffects: shutting down industries for the most part.

It led to a “9.3% reduction in the global Ecological Footprint compared to the same period last year” according to the Global Footprint Network’s latest reports and projections.

If you want to find out how many planets humanity would need if they were to live like you, the organisation set up a tool to calculate your personal overshoot day.