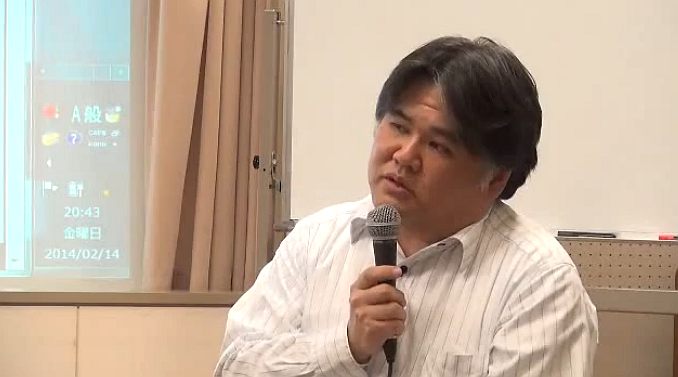 “Tokyo Should No Longer Be Inhabited”

Tokyo Doctor Moves Because “It is clear that Eastern Japan and Metropolitan Tokyo have been contaminated with radiation.”

Doctor Shigeru Mita, who recently moved to Okayama-city, Okayama prefecture, to open a new clinic there, wrote a short essay in the newsletter published by Association of Doctors in Kodaira, metropolitan Tokyo.

Although the target readers for this essay were not the general public, it has been cited in a weekly e-mail magazine published by journalist Kota Kinoshita, who has been organizing actions to urge people to leave radiation affected areas (including Tokyo) since 3.11, 2011.

On many occasions, public talks and gatherings, both Dr. Mita and Mr. Kinoshita have acknowledged the danger of radiation and they have called out for immediate action for radiation protection.

In November 2013, WNSCR translated an essay that Dr. Mita wrote for parents concerned about radiation: (Please read the article here). Despite the interests of many parents in Japan, there are very few doctors who show serious concern on the issues of radiation, and commenting on the issue publicly is even rarer.

It is the opinion of WNSCR that Dr. Mita’s views have significant meaning for the general public, especially for those who are interested in the health impact of radiation on the general population. We have permission to translate a new essay of Dr. Mita, through Mr. Kinoshita

Why did I leave Tokyo?

To my fellow doctors,

I closed the clinic in March 2014, which had served the community of Kodaira for more than 50 years, since my father’s generation, and I have started a new Mita clinic in Okayama-city on April 21.

I had been a member of the board of directors in the Kodaira medical association since the 1990’s, the time I started practicing medicine at my father’s clinic. For the last 10 years, I had worked to establish a disaster emergency response in the city.

In Tokyo, the first mission of the disaster response concerns how to deal with earthquakes.

In the event of a South Eastern Earthquake, which is highly expectable, it is reasonable to assume a scenario of meltdown in the Hamaoka nuclear power plant in Shizuoka prefecture, followed by radiation contamination in Tokyo.

I have been worried about the possibility of radiation contamination in Tokyo, so I had repeatedly requested the medical association, the municipal government and the local public health department to stock medical iodine. However, every time my request was turned down; the reason given was that Tokyo did not expect such an event. Hence there was no plan for preparing for the event.

In the afternoon of March 11, 2011, Tokyo experienced slow but great motions in the earthquake. I thought, “now this is what’s called long-period seismic motions. The South Eastern Sea earthquake, with the following Hamaoka NPP accident, are finally coming”. Instead, the source of the earthquake was in Tohoku. The temperature of the reactors in Fukushima Daiichi NPP rose and it caused massive explosions, followed by meltdowns and melt-through.

It is clear that Eastern Japan and Metropolitan Tokyo have been contaminated with radiation.

Contamination of the soil can be shown by measuring Bq/kg. Within the 23 districts of Metropolitan Tokyo, contamination in the east part is 1000-4000 Bq/kg and the west part is 300-1000 Bq/kg. The contamination of Kiev, the capital city of Ukraine, is 500 Bq/kg (Ce137 only). West Germany after the Chernobyl accident has 90 Bq/kg, Italy has 100 and France has 30 Bq/kg on average. Many cases of health problems have been reported in Germany and Italy. Shinjuku, the location of the Tokyo municipal government, was measured at 0.5-1.5 Bq/kg before 2011. Kodaira currently has 200-300 Bq/kg contamination.

I recommend all of you to watch the NHK program, “ETV special: Chernobyl nuclear accident: Report from a contaminated land”, which is available on Internet. I think it is important to acknowledge what people who visited Belarus and Ukraine, and heard the stories of the locals, have seen and felt there, and listen to those who served in rescue operations in Chernobyl in the past more than 20 years.

Their experience tells them that Tokyo should no longer be inhabited, and that those who insist on living in Tokyo must take regular breaks in safer areas.

Issues such as depopulation and state decline continue to burden the lives of second and third generation Ukrainians and Belarusians today, and I fear that this may be the future of Eastern Japan.

Since December 2011, I have conducted thyroid ultrasound examinations, thyroid function tests, general blood tests and biochemical tests on about 2000 people, mostly families in the Tokyo metropolitan area expressing concerns on the effects of radiation. I have observed that white blood cells, especially neutrophils, are decreasing among children under the age of 10. There are cases of significant decline in the number of neutrophils in 0-1 year-olds born after the earthquake (<1000). In both cases, conditions tend to improve by moving to Western Japan (Neutrophils 0–>4500). Patients report nosebleed, hair loss, lack of energy, subcutaneous bleeding, visible urinary hemorrhage, skin inflammations, coughs and various other non-specific symptoms.

Kodaira, in western Tokyo, is one of the least-contaminated areas in Kanto; however, we began to notice changes in children’s blood test results around mid-2013 even in this area. Contamination in Tokyo is progressing, and further worsened by urban radiation concentration, or the effect by which urban sanitation systems such as the sewage system, garbage collection and incineration condense radiation, because contaminated waste is gathered and compressed. Data measured by citizens’ groups showed that radiation levels on the riverbeds of Kawabori River in Higashiyamato and Higashimurayama in Tokyo have increased drastically in the last 1-2 years.

Other concerns I have include symptoms reported by general patients, such as persistent asthma and sinusitis. The patients show notable improvement once they move away.

I also observe high occurrences of rheumatic polymyalgia characterized by complaints such as “difficulty turning over,” “inability to dress and undress,” and “inability to stand up” among my middle-aged and older patients. Could these be the same symptoms of muscle rheumatism that were recorded in Chernobyl?

Changes are also noticeable in the manifestation of contagious diseases such as influenza, hand-foot-and-mouth disease and shingles.

Many patients report experiencing unfamiliar symptoms or sensing unusual changes in their bodies. Perhaps they feel comfortable speaking to me, knowing that my clinic posted signs informing of possible radiation-related symptoms immediately after the nuclear accident. Many young couples with small children and women worried about their grandchildren visit my clinic and earnestly engage in the discussion, and there is not a single patient who resists my critical views on the impacts of radiation.

Ever since 3.11, everybody living in Eastern Japan including Tokyo is a victim, and everybody is involved.

We discovered that our knowledge from the discipline of radiology was completely useless in the face of a nuclear disaster. The keyword here is “long-term low-level internal irradiation.” This differs greatly from medical irradiation or simple external exposure to radiation. I do not want to get involved in political issues; nonetheless, I must state that the policies of the WHO, the IAEA or the Japanese government cannot be trusted. They are simply far too distanced from the harsh realities that people in Chernobyl still face today.

The patients from Eastern Japan that I see here in Okayama have confirmed the feelings that I have had for a long time, since I was based in Tokyo. People are truly suffering from this utter lack of support. Since 3.11, mothers have researched frantically on radiation to protect their children. They studied in the midst of their hostile surroundings in Tokyo, where they could no longer trust either government offices or their children’s schools. Family doctors were willing to listen about other symptoms, but their faces turned red at the slightest mention of radiation and ignored the mothers’ questions. Mothers could not even talk openly to friends anymore as the atmosphere in Tokyo became more and more stifled.

I believe that it is our duty as medical doctors to instruct and increase awareness among the Japanese public. This is our role as experts, having knowledge of health that the general public does not possess. Three years have quickly passed since the disaster. No medical schools or books elaborate on radiation sickness. Nevertheless, if the power to save our citizens and future generations exists somewhere, it does not lie within the government or any academic association, but in the hands of individual clinical doctors ourselves.

Residents of Tokyo are unfortunately not in the position to pity the affected regions of Tohoku because they are victims themselves. Time is running short. I took an earlier step forward and evacuated to the west. My fellow doctors of medicine, I am waiting for you here. And to the people in Eastern Japan still hesitating, all my support goes to facilitating and enabling your evacuation, relocation, or a temporary relief in Western Japan.