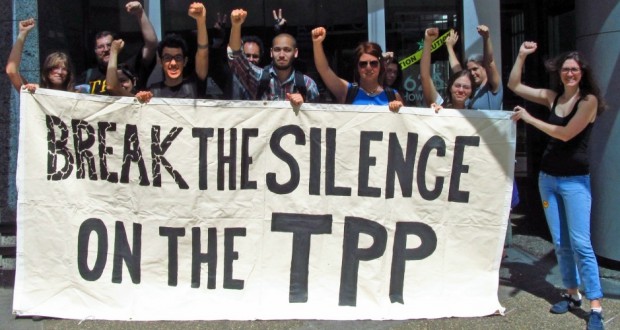 TPP And The Other Jobs Problem: Insourcing Of Jobs

Insourcing of foreign workers will result in MASSIVE layoff of Americans, in favor of foreigners

Yours truly has been writing about the threat posed by unlimited IN-sourcing via the TPP, while complaining, out loud, about how the anti-TPP ‘activists’, no matter how often they mentioned increased/easier OUT-sourcing, were curiously silent about the IN-sourcing threat. IMO, OUT-sourcing is largely already played out – how many US companies are there that didn’t want to take advantage of lower labor rates in China, e.g., that didn’t already take advantage of same 10 years ago, could there possibly be???

Yours truly also wrote a diary about Japanese Shinzo Abe blabbing about the EU style “free flow of labor”, while he was in the US last summer, when Obama was trying to get TPP finalized. I noted then, that “free flow of labor” from within TPP countries could be equated to Dick Morris’ characterization of this as “unrestricted immigration”. (OK, this is a ‘weak form’ of the unrestricted immigration claim, compare to the complete erasure of any visa requirements, but still enough to guarantee eventual MASSIVE layoff of Americans, in favor of foreigners.).

So, the anti-TPP ‘activists’ finally get around to addressing, in a substantive way, TPP and immigration, but there’s the same silence about IN-sourcing. (Curiously, just a few days before theTPP text is released, from which we can now state with certainty that the IN-sourcing threat is as bad as could be expected.)

From The TPP and Immigrant Rights at flushthetpp.org:

What will it mean if passage of the TPP is coupled with a border surge? We have already seen significant growth in border militarization. Whether it be because of this, or because the US is recovering from its own economic crisis, apprehensions by the border patrol have dropped by 50% since 2008. But at the same time, deaths in the desert of border crossers has risen by 27%. The National Foundation for American Policy has found that an undocumented immigrant is eight times more likely to die crossing the border today than ten years ago. With the TPP and a border surge, deaths will increase.

The fight to defeat the TPP is advocacy for immigrant rights, or better put, for the rights of Mexican and other workers and farming families to not be forcibly displaced. One of the central rights of any potential immigrant is the choice whether or not to migrate. Even more central is the right not to die crossing the desert in search of jobs. We must tell Congress: End border militarization, deny fast track authority and reject the TPP. What we need, what we require, is fair trade, not free trade, and border justice, not militarization and criminalization.

If TPP is made law, there will be no LEGAL restriction (that will survive an investor dispute challenge, anyway) on Mexican immigration related to work. (Personally, I expect any restriction, whatsoever, to eventually become illegal, if we continue on our current path.) So roughly 83% of the current illegal immigration related to job seeking will rapidly become legal, and hence there will be no need for these ‘lucky many’ to travel through a desert to enter the US.

Since wage rates in the US will begin a precipitous collapse, I’d hardly expect immigrants from El Salvador, Guatemala, Honduras to make up the difference. IOW, we should soon see a rapiddecline of illegal immigration across the southern border.

At the same time this is happening, we can also expect a massive increase in LEGAL immigration from low wage TPP countries Malaysia and Vietnam. (Combined population of 120 million people.). Contrast that with about 122 million workers in the US who usually work full time jobs.

I’ll guess you could easily get 5% of the population of Malaysia (25 cents/hour typical) and Vietnam (60 cents per hour typical) to take American jobs, in the US, at 50 cents to the dollar. That will provide a powerful lever for the rest of the US work force to just crumble in the face of demands for cutting wages by, say, 30%.* If they resist, getting another 5% of Vietname and Malaysia to come over would be just the medicine that ‘greedy, lazy Americans’ need to understand where their true self-interest lies.

So, even if you’re one of the lucky recent grads with a degree in a STEM field, who gets a job in their field, you STILL may have to stretch out repayment of your student loans for 20 years. And you’d still be one of the lucky ones…..

I have to wonder, aloud, as I have in the past: are these ‘activists’ just clueless, or are some or many of them working for the other side??

* * To get a rough sense of how plausible this 5% figure is, consider the modern Greek diaspora in the US, Australia, UK, Germany and Canada. Wikipedia gives estimates of:

Using lower bounds, this is over 5.1 million, comparing to a population of Greece, itself of 10.8 million, so roughly 50%.