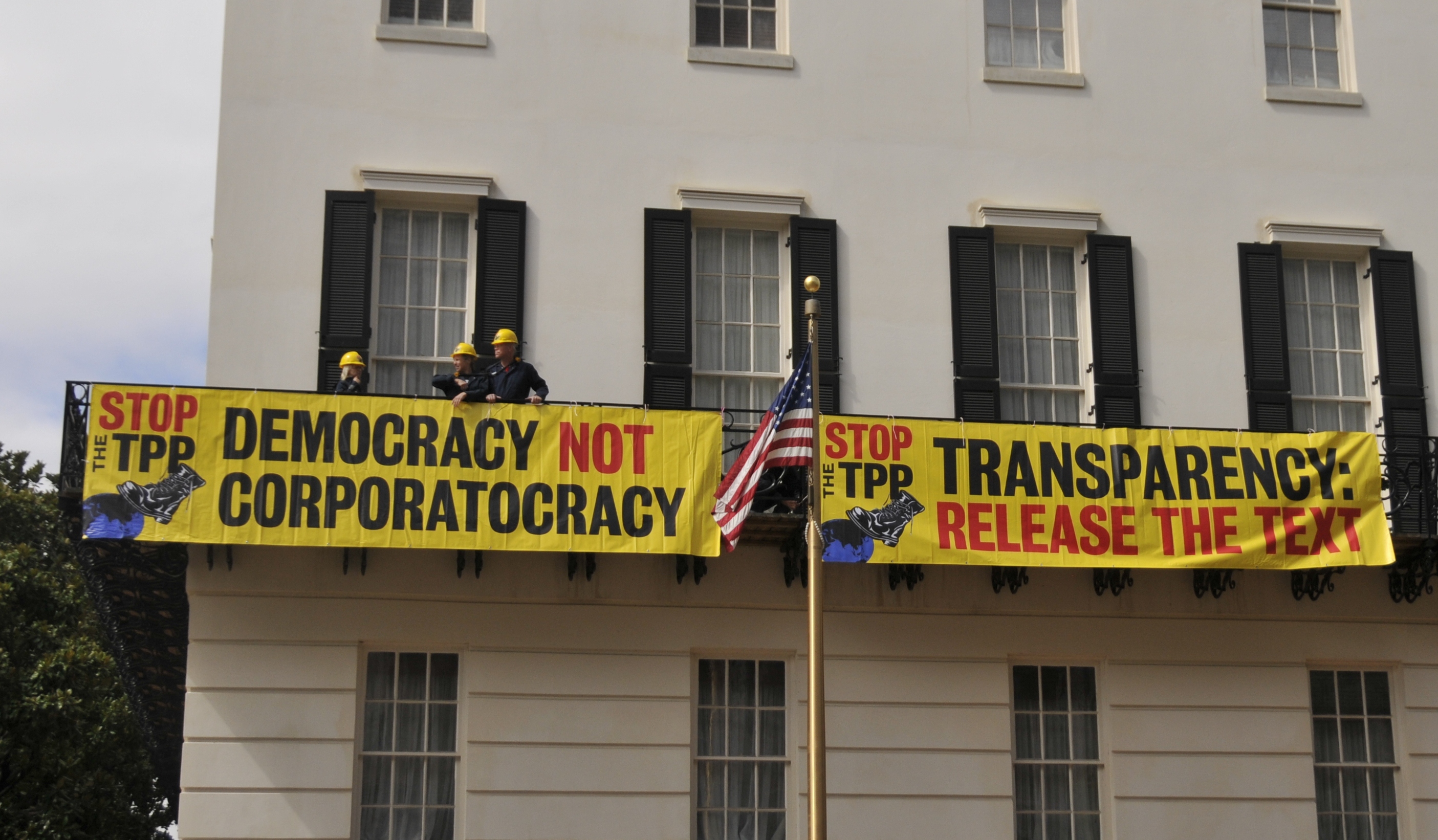 TPP Conflicts Exposed: Many Areas Of Dispute, Negotiations In Crisis

Above: DC Media Group/Anne Meador photo of US Trade Representative building in Washington, DC draped with banners urging transparency and opposing the TPP.

One document describes deep divisions between the United States and other nations, and “great pressure” being exerted by the US negotiators to move other nations to their position. The other document lists, country-by-country, the many areas of disagreement remaining. It covers intellectual property and thirteen other chapters of the draft agreement. This suggests that the TPP negotiations can only be concluded if the Asia-Pacific countries back down on key national interest issues, otherwise the treaty will fail altogether.

Here are some excerpts from the Salt Lake City documents:

Links to the full leaks:

Excerpt:The Obama administration appears to have almost no international support for controversial new trade standards that would grant radical new political powers to corporations, increase the cost of prescription medications and restrict bank regulation, according to two internal memos obtained by The Huffington Post.

The memos, which come from a government involved in the 12-nation Trans-Pacific Partnership free trade negotiations, detail continued disputes in the talks over the deal. The documents reveal broad disagreement over a host of key positions, and general skepticism that an agreement can be reached by year-end.

The Obama administration has urged countries to reach a deal by New Year’s Day, though there is no technical deadline.

One memo, which was heavily redacted before being provided to HuffPost, was written ahead of a new round of talks in Singapore this week. Read the full text of what HuffPost received here. (Note: Ellipses indicate redacted text. Text in brackets has been added by a third party.)

Another document, a chart outlining different country positions on the text, dates from early November, before the round of negotiations in Salt Lake City, Utah. View the chart here. HuffPost was unable to determine which of the 11 non-U.S. nations involved in the talks was responsible for the memo.