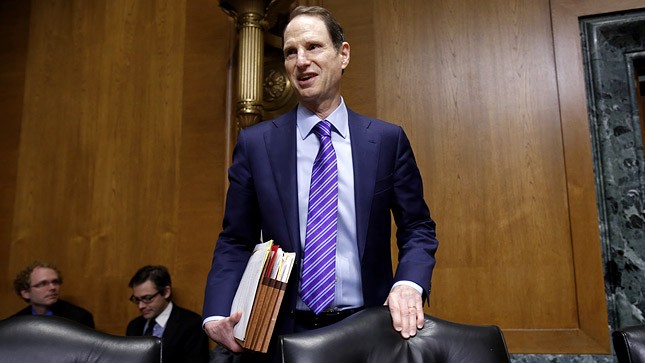 Developments on fast track trade promotion authority continue to slow progress on two controversial corporate trade agreements, the Trans-Pacific Partnership and its European cousin.  The incoming chair of the Senate Finance Committee, Ron Wyden (OR), has said he is not going to rush on fast track.  The Baucus-Camp fast track bill seems to be dead and if there is going to be a fast track bill it will be something different from traditional fast track laws, most recently passed in 2002.  Members of Congress realize that rigged global trade agreements are not popular with the American people who have learned the lesson of NAFTA — corporate trade only helps the transnational corporations it does not help workers in the United States or around the world, puts the environment at risk and creates economic disruption that harms economies.  The economic harm to the United States is seen in massive trade deficits, losses of hundreds of thousands of jobs and lowered incomes since the modern era of free trade took root in the Clinton era.

The failure of fast track and the unpopularity of the TPP may be an opportunity to reframe the trade debate.  The problem is not the version of fast track, the problem is globalized trade that rigs the world economy for transnational corporations and the wealthiest.  Politicians played a political price for NAFTA they do not want to have even higher political costs from the two controversial trade agreements being negotiated now.  Global trade does not have to be unpopular.  If trade was designed to improve the lives of people and protect the environment the agreements would be popular.  Popular trade agreements could be negotiated with transparency rather than in secret, indeed public pressure would help such agreements become law.  When trade needs to be negotiated in secret and the constitutional role of Congress needs to be minimized, those are signs of trade agreements that should not become law.

The failure of ObamaTrade may be an opportunity to move toward trade justice, i.e. fair trade that puts people and planet before profits.  KZ

How Wyden is slowing Obama on trade

The next chairman of the Senate Finance Committee is making it plain to President Obama that he will not rush forward with “fast-track” legislation that would spur on the White House’s trade agenda.

Sen. Ron Wyden (D-Ore.) has no plans to take up the fast-track bill written by outgoing Chairman Max Baucus (D-Mont.), who was nominated by Obama to be U.S. ambassador to China.

Instead, he says he will hear out other senators on trade, a policy area he says has changed tremendously since the last time a fast-track bill was approved, in 2002.

“Senators want to examine the changes in global commerce and how it affects both the process and substantive agreements, so I’m going to spend some time listening to senators,” Wyden told The Hill.Other Democrats on the Finance panel say Wyden is signaling that fast-track — which Obama called for in his State of the Union address last week — is on ice for now.

Sen. Sherrod Brown (D-Ohio), a member of the panel who has been critical of free-trade policies, said his view is that Wyden will ditch the bill Baucus wrote with Sen. Orrin Hatch (Utah), the top Republican on Finance, and House Ways and Means Committee Chairman Dave Camp (R-Mich.).

“We’re not going to pass a 2002 fast-track and that’s pretty much what the Hatch-Camp-Baucus bill was,” he told The Hill. “It was dressing up the pig to make it look a little better … but nothing more than that.

“It has to be fundamentally different,” Brown said of a future bill.

Sen. Ben Cardin (D-Md.), another Finance member, cited concerns in the Democratic Caucus and said he expects Wyden will “take a new look” at the authority. Cardin wants U.S. Trade Representative Michael Froman to testify before the committee and address Democratic concerns.

But the comments from Wyden, Brown and Cardin are a second blow for an issue that has been championed by business groups and could serve as a rare opportunity for compromise between Obama and congressional Republicans.

Hatch warned that the White House’s ambitious trade agenda would likely collapse without fast-track — also known as trade promotion authority (TPA) — which makes it easier to negotiate trade deals by preventing them from being amended and installing time limits on congressional consideration.

“We’re not going to make any of these trade agreements without TPA and the other countries know that,” Hatch said.

The administration is now negotiating deals with the European Union and a group of Latin American and Pacific nations known as the Trans-Pacific Partnership (TPP), a deal seen as a key part of the administration’s “pivot” to Asia.

“They know it’s dead on arrival unless we can have TPA passed,” Hatch said of trading partners. “Frankly, Chairman Camp, Chairman Baucus and myself worked long and hard to come up with what he have, it’s a fair and reasonable approach.”

He said he hoped Wyden would “support the president” and move the Baucus measure.

“We shouldn’t have to change it. It’s a bipartisan bill that was really worked out over a long period of time and we shouldn’t really try to change it,” he said.

Speaker John Boehner (R-Ohio) on Wednesday suggested Republicans could move a bill through the House but that it would be a dead letter unless Obama can convince Democratic senators to support it.

“Unfortunately, like many of our jobs bills, his party’s leaders in the Senate are standing in the way,” Boehner said in comments on the House floor. “The president needs to use his bully pulpit only as the president can, and change their minds.”

To win Democratic support, it’s likely the Baucus-Hatch legislation will have to be changed to give Congress a bigger voice in trade negotiations. Rep. Sandy Levin (Mich.), a leading Democratic voice on trade whose views carry weight in both chambers, has also called for specific language addressing currency manipulation — a particular worry with some countries in the TPP.

On currency manipulation, Levin has suggested a framework must be developed that would include penalties for countries that manipulate currencies to lower the value of their exports.

Wyden has touted the benefits of trade to the nation’s economic growth, and is not seen as a hard-core opponent of free-trade agreements.

But he’s made it clear he will not move quickly and wants to hear from his colleagues.

“I’m going to listen to how senators would like to proceed,” he told The Hill. “They want to weigh in, they feel strongly about transparency, state-owned enterprises and currency manipulation, I want to give them a chance to weigh in.”