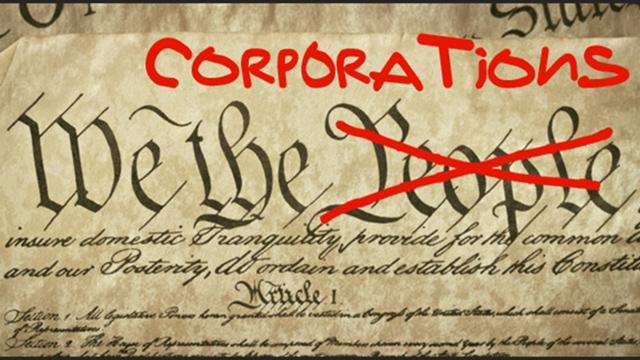 Both Bush & Obama have kept negotiations secret about this nuclearized NAFTA

The Trans-Pacific Partnership is not about free trade. It’s a corporate coup d’état—against us!

In 2002, it was reported that British Prime Minister Tony Blair had told a friend an amusing tale about our man George W. Bush. It seems that the two of them and French President Jacques Chirac had gotten into an economics  discussion, after which George supposedly confided to  Tony that he was decidedly unimpressed with Jacques’ views: “The problem with the French,” Bush scoffed, “is that they don’t have a word for ’entrepreneur.’”

W’s head has always been a no-fly-zone for factual reality. However, what would boggle his mind even more than the fact that we Americans filched that word from the French, is the reality that government is not quite the entrepreneur-devouring ogre (Mon
dieu! George, another French word!) that Bush’s cartoonish dogma paints it to be. Actually, government-at-its-best can be an entrepreneur’s buddy. One surprising place to see this buddyship at work is in one of the most mundane of government offices:
Procurement (i.e., the Department of Buying Stuff). Where does your mayor, school board, governor, or any other “public shopper” go to purchase fixtures, food, furniture, ferns, and whatnot?

Where I live, various agencies have Buy Austin, Buy Texas, Buy American, Buy Green, Buy Sweatshop-Free, and other targeted policies that apply our tax dollars to our values. This sensible idea has swept across the country, most likely including where you live, and these agency purchases add up to a big financial boost for start-ups, independents, women-owned, and other homegrown enterprises. Rather than buying everything from Walmart or China (excuse the redundancy there)—thus shipping truckloads and boatloads of cash out of our communities—plow that public money back into the home turf for grassroots economic growth and the flowering of local jobs.

Imagine the uproar if President Obama and Congress tried to pass a bill to outlaw such “preferential procurement” policies, summarily cancelling our democratic right to decide where to make public purchases. I’d get pretty PO’d, wouldn’t you? And what if they also proposed that foreign corporations in Brunei, New Zealand, Vietnam, and other nations must be given the right to make the sale on any and all products purchased with our tax dollars? That’d set my hair  on fire!

The American people would never stand for this brazen affront to our sovereignty, so I can assure you that Obama and Congress will definitely NOT be proposing any such thing. Not directly, that is. Instead, their hope is to tiptoe it around us. The nullification of  our people’s right to direct expenditures of our own tax dollars is  but one of the horror stories being quietly packed into a politicaland-economic bombshell benignly labeled TPP —the Trans-Pacific Partnership.

This thing is a supersized and nuclearized NAFTA, the 1994 trade scam rammed through Congress by Bill Clinton, Wall Street’s Robert Rubin, and the entire corporate establishment. They promised that the “glories of globalization” would
shower prosperity across our land.

They lied. Corporations got the gold. We got the shaft—thousands of factories closed, millions of middle-class jobs went south, and the economies of hundreds of towns and cities (including Detroit) were hollowed out. (Most Mexicans got the NAFTA shafta, too. US grain traders like ADM dumped corn into Mexico, wiping out millions of peasant farmers’ livelihoods, and thousands of local businesses were crushed when Walmart invaded with its Chinese-made wares.) Twenty years later, the corporate gang that stuck us with NAFTA is back, hoping to fool us with an even more destructive multinational deal. (This calls for another immortal quote from George W: “Fool me once, shame on—shame on you. Fool me—you can’t get fooled again.” Well, you know what he meant).

This time we really must pay attention, because TPP is not just another trade deal. First, it is massive and open-ended. It would hitch us immediately to 11 Pacific Rim nations (Australia, Brunei, Canada, Chile, Japan, Malaysia, Mexico, New Zealand, Peru, Singapore, and Vietnam), and its door would remain wide open to lure China, Indonesia, Russia, and other nations to come in.

Second, note that many of those countries already have trade agreements with the US. Hence, this amazing fact: TPP is a “trade deal” that mostly does not deal with trade. In fact, of the 29 chapters  in this document, only five cover traditional trade  matters! The other two dozen chapters amount to a devilish “partnership” for corporate protectionism. They create sweeping new “rights” and escape hatches to protect multinational corporations from accountability to our governments… and to us.

Here are a few of TPP’s provisos that would make our daily lives riskier, poorer, and less free: