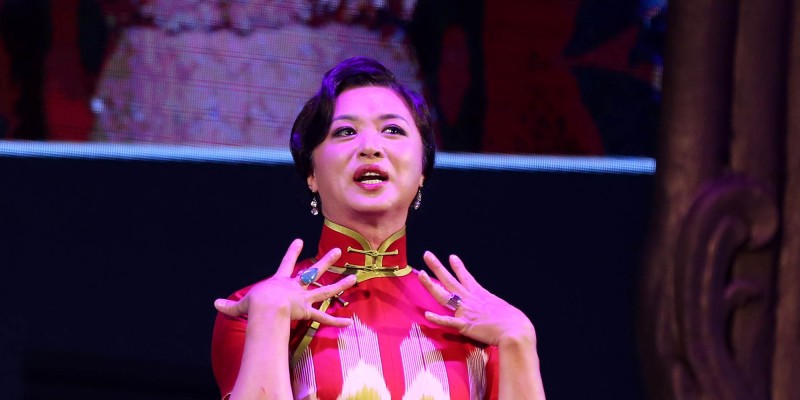 New Orleans, LA – This year, transgender star and People’s Liberation Army veteran Jin Xing announced the re-launch of her talk show. It aired from 2015 to 2017 as the most-watched show in China. With 100 million viewers, Jin was the world’s most popular trans celebrity. Her rise to fame foretells the Chinese people’s rise against transphobia.

What does this difference tell us?

In a coordinated transphobic attack, state legislatures introduced over 100 anti-trans bills in 2021. In Newsweek, Imara Jones reported about how hate groups like the Family Research Council draft and disseminate “model legislation,” including bans on trans kids playing sports and getting healthcare.

Billionaires like the DeVos and Prince families fund these strategic centers. At the grassroots, religious fundamentalists mobilize support from the white rural petit-bourgeoisie and sections of the working class. Ever since Southern legislatures wrecked unions in the 1940s and 50s, Republicans have increasingly fed chauvinism to white workers to redirect their frustrations from financial ruin.

Capitalists benefit by maintaining the gender division of labor. Working men endure long hours for little pay, women toil on the job for even less and in the home for no pay, trans and non-binary people remain underemployed reserve laborers. Misogyny and transphobia both secure this system.

Racist, anti-trans violence reinforces it. Most of last year’s 53 trans murder victims were Black and Latinx, according to the Human Rights Campaign. These murders reflect the U.S.’s ongoing subjugation of Black, Chicano, Puerto Rican and indigenous nations. National oppression cultivates the most vicious transphobia.

In the face of these attacks, Democrats have remained weak. In 2021, Louisiana conservatives passed a transgender sports ban with Democratic support. It took a popular transgender movement to win the votes to block the bills during a second legislative session.

However, in China, recent advances show promise. In 2021, Shanghai’s Children’s Hospital of Fudan University caught global attention with its trans youth clinic. This clinic didn’t come out of nowhere, but out of Chinese socialism’s commitment to common prosperity.

In 2021, the Chinese Communist Party eliminated absolute poverty by going among the masses to meet their needs. CGTN, the China Global Television Network, reported on a similar strategy for eliminating HIV transmission. In a 2015 testing rollout, the government partnered with gay community groups to make over 200,000 appointments. Although the virus itself does not discriminate, it disproportionately affects gay men and transgender women.

Chinese courts are also expanding protections for transgender people. Yennefer Fang’s documentary, A Day of Trans, describes how Mr. C, a trans man, won a case against discrimination in 2018. In the verdict, China first clarified “gender expression.” Writing for Sixthtone, Fan Yiying noted that a 2017 case in Guiyang was the first to use the term “gender identity.” In 2020, Siyuan Meng reported in RadiiChina that a trans woman won a similar suit, and 82% of netizens who viewed the story supported her.

Although the Beijing LGBT Center reported a 12% pre-pandemic unemployment rate for trans Chinese, this is still lower than the United States’ 15% pre-pandemic rate, according to data from the U.S.-based National Center for Transgender Equality.

China’s historic victories against feudal patriarchy helped lay the foundation for today’s advancement. The 2019 White Paper on Women’s Progress details how the Women’s Federation and the Communist Party have fought women’s oppression since the revolution. Cadres established kindergartens, nurseries and nursing homes to relieve women of domestic work. The 1950 Marriage Law established equal marriage. Recently, China expanded breast and cervical cancer screening in rural areas. Liberating women is a step towards to ending all gender-based oppression.

China shuts down today’s reactionary forces too. One example is the Falun Gong cult, which is outlawed. Its followers oppose science, interracial marriage and homosexuality, according to cult specialist Rick Ross. This is exactly the kind of group that would organize with U.S. far-right evangelicals – and indeed it does. In 2019, an NBC investigation exposed how Falun Gong spent $1.5 million in Facebook advertisements for Trump’s presidential campaign. The U.S.’s tolerance for hateful groups feeds into soaring anti-trans violence. China doesn’t stand for this extremism.

China still needs many inclusions and protections for trans people. But just as we must analyze the systemic roots of American transphobia, we need to understand the basis of current progress in China.

Transgender rights are a constant battle in the U.S., where rich and reactionary chauvinists can reverse the gains of LGBT Rights Movements. China also has a long road ahead, but the way is far clearer and less perilous. The country is continuously improving, and socialism with Chinese characteristics offers a firm basis for advancement.