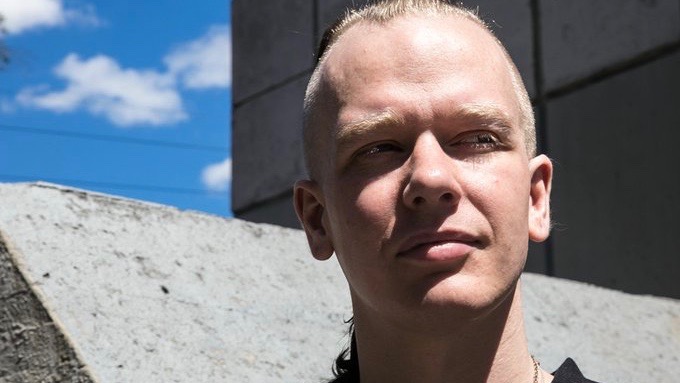 The final leg of the trial against Swedish software developer Ola Bini started in a criminal court in Quito on Monday, resuming proceedings from an earlier three-day session in January.

The ongoing trial comes after multiple delays and documented due process violations since Bini’s arrest in 2019.

The much-awaited trial of Swedish software developer and digital rights activist Ola Bini resumed in Ecuador on Monday, May 16. The current leg of the trial against Bini is continuing with the proceedings from an earlier three-day session that was held in January this year. The ongoing session will be on till Friday, May 20 and is expected to conclude the trial portion of the proceedings.

The trial began after more than five hours of delay as the translator assigned for Bini arrived late to the court due to a reported misunderstanding. Bini has been charged with one count of illegal, non-consensual access to a computer or communications system, which carries a jail sentence of anywhere between three to five years. He was arrested in April 2019 by the Ecuadorian police in a process marred by major procedural lapses.

On Monday, the Prosecutor’s Office presented testimonies from expert witnesses against Bini, continuing from dozens of testimonies presented in the three-day trial in January. According to reports, the prosecution’s evidence presentation is expected to continue until Tuesday, after which the defense team will be presenting arguments and evidence.

According to the Fundación Regional de Asesoría en Derechos Humanos (INREDH), which had observers in the trial, the Prosecutor’s Office that is leading the case against Bini tried to present witness testimonies and evidence that were unrelated to the case and was pulled up by the judge for it.

Bini’s defense argued that the presented evidence was repetitive and did nothing to inform the court what crime was exactly committed. According to one of the defense lawyers, Jose Charry Davalos, the most basic parameter of a criminal justice system in a democratic state – of judging the act instead of the individual who stands accused – was not respected in the ongoing prosecution.

Bini’s arrest took place on the same day as the forcible evacuation and arrest of WikiLeaks founder Julian Assange. The fact that Bini maintained a close working relationship with Assange and that the state prosecution did not have proper charges against him during the arrest has prompted allegations of the entire process being politically compromised.

Since the arrest, the charges leveled against Bini were amended multiple times by the Ecuadorian prosecution. The defense had pointed out dozens of procedural and due process violations in the case, which even led to the recusal of a presiding judge over concerns of a mistrial.

Earlier this month, a coalition of digital rights groups and progressive media outlets called out the political nature of the ongoing prosecution that began under the presidency of Lenin Moreno.