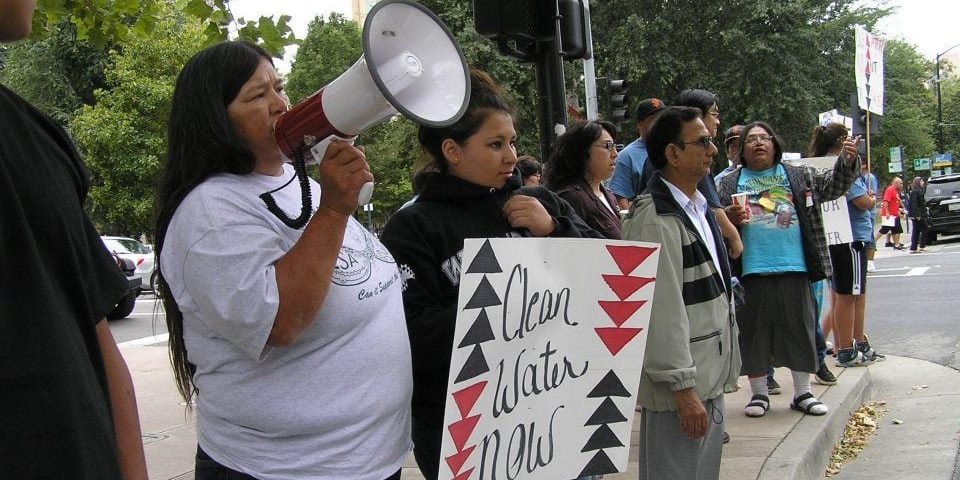 Tribal activists, drinking water advocates, and commercial and subsistence fishers are asking the public to stand with them in the fight for both the Trinity and Sacramento River salmon by supporting a California state process to restore flows in California’s largest rivers, and by fighting a proposal for a twenty square mile reservoir, the Sites Reservoir.

Tribal activists, drinking water advocates, and commercial and subsistence fishers in California are asking the public to support their efforts to save Trinity and Sacramento River salmon by getting involved with an online rally, public testimony training, and state hearings this month.

“Up to 98% of the Sacramento River winter run salmon died this summer due to climate related drought and over-allocation of water to industrial farmers,” stated Sheridan Enomoto from Save California Salmon. “Despite this, the State is considering letting California’s largest water users build a 15 million acre foot reservoir that would divert much more water from the Sacramento River, and possibly the Trinity River also. They are also considering continuing to put off a plan to restore flows to the Sacramento River and Bay Delta in favor of voluntary regulation even though lack of river and carry over storage protection has gotten us into this crisis”

The community members also say at 13,200 acres Sites Reservoir would be one of the largest reservoirs in California and would include new water diversions from the Sacramento River that could also adversely impact the Trinity River. Since the plan includes water storage for the Bureau of Reclamation, the agency that delivers federal water project water to Westlands Water District, the major diverter of Trinity River water, Sites could cause the Sacramento and Shasta and Trinity Reservoirs to be overdrafted. The Trinity is the largest tributary to the ailing Klamath River and it’s coldest water source.

“We have been working to restore flows to help water quality, and to bring salmon back over the dams and back to native lands for salmon survival and Tribal people,” explained Pit River Tribal member Morning Star Gali. “California is losing the salmon and our clean water. This is an issue of justice. We already have over a 1000 reservoirs, and more water allocated than exists in California. An environmentally destructive private reservoir being built in an area that is important to native people is a step in the wrong direction.”

The California State Water Resources Control Board is meeting on the Bay Delta Water Quality Control Plan, which deals with water flows into the Sacramento and San Joaquin Rivers and thus the Bay Delta and San Francisco bay on December 8. Information on how to testify is at: https://www.waterboards.ca.gov/board_info/agendas/2021/dec/12_7-8_2021_agenda.pdf

The Sites Authority will have Sites Reservoir public hearings on December 15 at 6 p.m. and December 16. Information on commenting will be at: https://sitesproject.org/environmental-review. The California Water Commission will decide whether to provide over $815,000,000 of taxpayer money to the private reservoir on December 15 at 9 a.m. Information on how to comment will be at: https://cwc.ca.gov/Meetings/All-Meetings/2021/Meeting-of-the-California-Water-Commission-Dec-15-2021