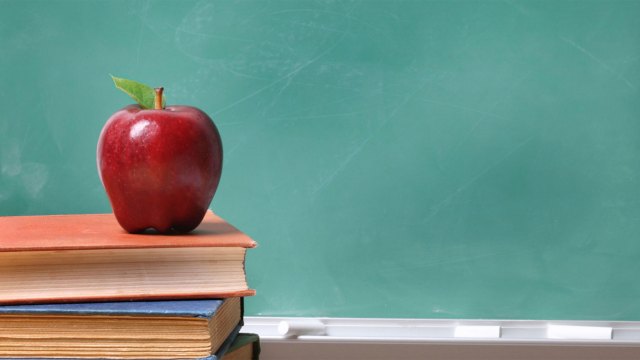 Tribal Leaders React To Removal Of Native Americans in Curriculum

Sioux Falls, S.D.  — A draft of Social Studies content standards has been released by the Department of Education. The draft of standards released differ in some ways from the initial proposal, which was submitted by the Social Studies Standards Revision Workgroup, made up primarily of educators from across the state.

The main way that the standards appear to be altered in the removal of references to Native American culture and history.

Some examples of this are the removal of Kindergarten history standard K.H.6.1: ‘Read or listen to Oceti Sakowin Oyate stories, such as Iktomi stories and historical lore stories,’ and of Grade 4 history standard 4.H.6.1: ‘Explain how the Oceti Sakowin and Oyate culture and other groups were affected by westward expansion, the creation of the reservation system, and the US assimilation policies and programs.’

Rodney Bordeaux, President of the Rosebud Sioux Tribe, disagrees with the removal of these standards.

“All South Dakota citizens need to be taught what’s going on in the state and throughout the country,” he said. “You shouldn’t gloss over it — I think our citizens deserve better. They need to know the true history so they know what they’re dealing with.”

“Particularly in South Dakota,” said Bordreaux, “they need to know what our Tribal citizens — the history our tribes have faced — and if you gloss over that, it’s a disservice to the citizens of the state.”

Bordeaux says the absence of these standards affects both those within and without the Indigenous community. “You come away with a different view, and it’s not fair to you because you’re continuing to have racial prejudices against people,” he said.

Harold Frazier, Chairman of the Cheyenne River Sioux Tribe is also against the removal of standards requiring education on Native American history and culture. “One of the things that I see wrong is, number one, the name of the state; South Dakota,” he said over the phone. “So where did that name come from? I think that should be taught. As Native people, we are Dakotah people — I think that is important.”

Frazier says that the removal of Native American information from the standards draws to mind a grim policy from American history. “What’s kind of taking place here is the old process of assimilation again, where they say ‘save the man and kill the Indian.” This process that Frazier refers to is the historical policy of using forced assimilation of Native children using means such as boarding schools in order to cut them off from their culture and heritage.

“A word that popped into my mind was ‘extermination’,” said Frazier while contemplating this assimilation. “We’ve got to know where we come from and who we are. That’s the most important thing,” he continued. “I’ve always been optimistic that when people talk about history — lets really talk about the true history of where we were and why we’re here.”

This sentiment is shared by Bordeaux.

One reason Fraizer said Native American cultural education must remain is due to the potential harm caused by ignorance of this history.

“To me, part of being unified is also being respectful. We don’t need people to make fun of or degrade our symbols — and it may happen that it was not really their intention to do that, but without realizing the significance or the meaning of it, somebody may do that.”

Chairman Frazier, “Our children were stolen..secretly buried..and it would seem that task to erase them has not ended…” pic.twitter.com/gbvxr5NESZ

Marcia Zephier is a retired South Dakota middle and high school educator, an adjunct professor of Native Studies, and an enrolled member of the Cheyenne River Sioux Tribe. According to her there is no reason that some standards, such as recognizing South Dakota’s nine reservations on a map, should be removed.

“There’s no justification in my opinion,” she said. “Why can’t our 1st graders learn that? That’s the geography of our state. That’s our geography! There are nine reservations; let’s see where they’re at!”

When it comes to Native studies in South Dakota, Zephier finds the education system lacking. “A lot,” she answers, asked what needs improvement. “Even when I teach my college class, I have many students that aren’t able to identify the reservations. They are not able to identify the groups of the Oceti Sakowin — and how that evolved into what we have in the present day.”

The Oceti Sakowin Oyate is the term used to recognize tribal communities within South Dakota, and is one that has been removed from many of the standards in the draft.

Two members of the workgroup that created the initial standards prior to their revision have spoken to KELOLAND News.

“This is not the final proposal,” said University of Sioux Falls faculty member Stephen Jackson. “We would expect more changes to emerge.” Jackson said Department officials told the group there could be changes to the draft, “but that those changes would be done in consultation with the group.”

State Sen. Jim Bolin is also a member of the workgroup, and said that the Department was very clear on several occasions that there was the potential that the draft report could be changed. He says the revisions have been “pretty modest and minor” and said the reactions to the changes have “made a mountain out of a molehill.” Bolin said he prefers the term “adjusted”, and that he believes the changes are reasonable and acceptable.

In response to an emailed inquiry into the changes to the standards, Mary Stadick Smith, Deputy Secretary of the Dept. of Education wrote in part:

“Per state law (SDCL 13-3-48), the Department of Education is charged with preparing content standards and submitting them to the Board of Education Standards for final approval. In creating these draft standards, the department relied heavily on the recommendations of a stakeholder workgroup including K-12 educators, postsecondary representatives, parents, and representatives of business and industry. The department made certain adjustments before the release of the draft to provide greater clarity and focus for educators and the public.”MARY STADICK SMITH

Stadick Smith also mentioned that the standards are now open for public comment, and a final public hearing before the Board of Education Standards is tentatively scheduled for March 2022. She thanks the workgroup members for their efforts, and invites the public to weigh in with feedback.