If You Take Away Freedom, All Four Seasons And I Will Die

Greetings from the Tricontinental: Institute for Social Research.

Turkey has invaded Syria. In particular, Turkey has crossed the border to destroy the largely Syrian Kurdish province of Rojava, south of the Turkey-Syria border and east of the Euphrates River. The green light for this invasion came from Washington, DC, when US President Donald Trump told Turkish President Recep Tayyip Erdogan that the US would withdraw its troops from the area. Syria’s Kurdish population – no more than two million people – seized control of their own lands, built a creative society in the area, and fought for it against the various jihadi groups, most recently the Islamic State of Iraq and Syria (ISIS). To oust ISIS from the area, the Syrian Kurds created the Syrian Defence Forces (SDF), which received air cover from the United States in a very bloody war. Now, the US has – in character – decided to betray the sacrifice of the SDF.

Turkey – and the United States – believe that the political and military formations of the Kurds in Rojava are actually front groups of the Kurdish Workers’ Party (PKK), which Turkey – and the United States – have declared a terrorist group. The Turkish army will be met with resistance, but it will of course create suffering. Ilham Ehmed, the co-chair of the Syrian Democratic Council, warns that not only will Turkey destroy the Rojava project, but Turkey has also threatened to conduct a population transfer by settling in some of the three million Syrian refugees who are now in Turkey. These Syrian refugees are not from this region, but from the western edge of Syria. This population transfer will result in ethnic cleansing (a violation of Article 49 of the Fourth Geneva Convention, 1949).

The Kurds have long struggled both for a different relation with the States in which they live (Iraq, Iran, Syria, and Turkey), and for their own homeland. Their fight has encouraged immense creativity – including new forms of social life, but certainly powerful cultural productions. Amongst these many cultural workers is the poet Sherko Bekas (1940-2013), out of whose diwan comes a wondrous poem that gives this newsletter its headline:

No idea yet of the impact of the Turkish invasion. What will this mean for the Syrian government, or even for the militaries of Iran, Iraq, and Syria? Would a Turkish military invasion of Syria open up a wider, regional war? The outcome, in any case, will be terrible.

The United Nations has taken the correct assessment of the situation. The UN’s Humanitarian Coordinator for Syria – Panos Moumtzis – said, ‘We don’t know what is going to happen. We are preparing for the worst’. So should the rest of us. 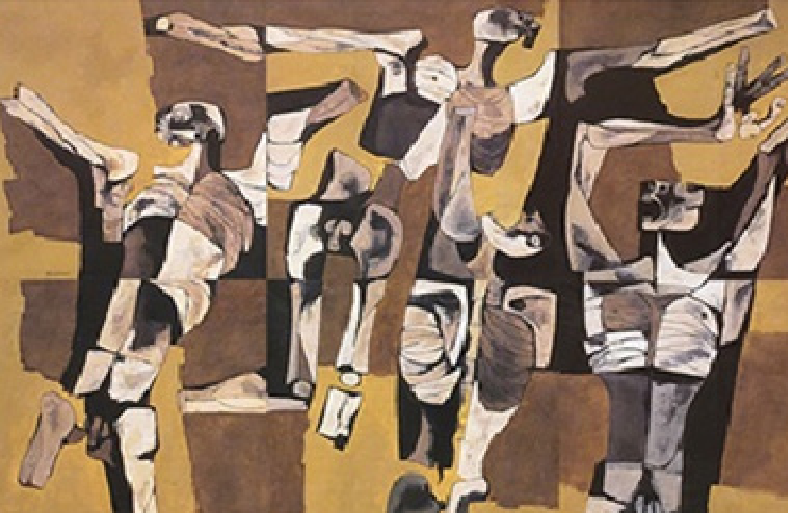 Ecuador has dissolved into a crisis. The government moved on its bargain with the IMF to slash subsidies and to deepen its austerity policies. Fuel prices skyrocketed. Enormous numbers of people came onto the streets on 3 October. The State forces acted with violence, firing tear gas and arresting hundreds of people. President Lenin Moreno has declared a State of Emergency, which is to last for sixty days.

Last year, Moreno brought in Richard Martínez, a former president of Ecuador’s Business Committee, to be his Minister of Finance. In June 2018, Martínez wrote a new economic policy for Ecuador with his neo-liberal pen. The menu went from policies to lighten tax laws, including less aggressive attempts to close tax loopholes and to fight the use of tax havens, to slash the State’s employment rolls, particularly in arenas of regulation and enforcement against business. The government and the IMF cut a $10 billion deal. Moreno, Martínez, and the IMF now find that the Ecuadorean people are not going to so easily accept their total restructuring of their societies to please the IMF, the ratings agencies, the banks, and the Ecuadorean oligarchy.

To get a terrible deal from the IMF, Moreno has accepted all the demands from the US government. Last year, Ecuador’s Minister of Foreign Trade Pablo Campana said that he wants to ‘mend fences’ with the IMF, and that his government was ‘eager to settle a long-simmering dispute with Chevron’. Chevron refers to the corporation, whose oil drilling and oil pipelines have polluted the country to such an extent that part of the country is known as the Amazon Chernobyl. Tens of billions of dollars in restitution are at stake. Moreno wants to forgive Chevron for closer ties to the United States.

To please the United States, Moreno’s government forcibly and illegally ejected Julian Assange from the Ecuadorean embassy in London and arrested Ola Bini, who they continue to persecute.

Moreno’s popularity has plummeted. Students, organisations of the indigenous, and others remain on the streets; the rumble of discontent threatens Moreno’s presidency. ‘Down with the government’, say the protestors. The people on the street echo the chants that have been resounding in Haiti and Peru. Impossible to predict the direction of the class struggle. 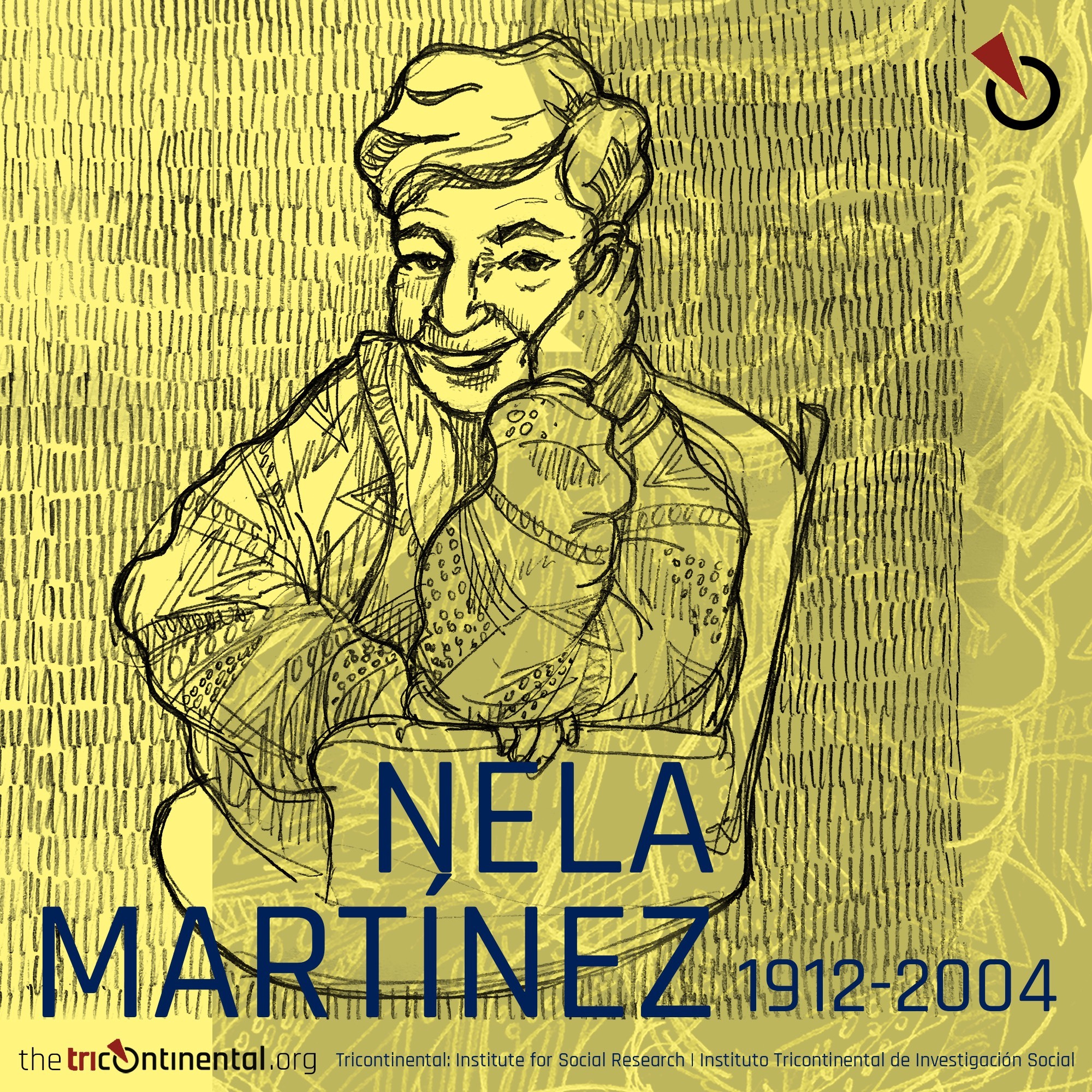 As the people rush through the streets of Ecuador’s cities, their rush of energy brings back to our minds the life of the Ecuadorean communist and feminist Nela Martinez. As a young woman, Nela joined the Communist Party, into whose leadership she rapidly ascended. In the Glorious May Revolution of 1944, Nela was on the streets to overthrow the dictator and then became the head of the government for two days. The next year, she became a congresswoman. Not only was Nela a leader of the Communist Party, but she was also the founder of the Alianza Femenina Ecuatoriana and the Unión Revolucionaria de Mujeres del Ecuador, and – with Dolores Cacuango – the Federación Ecuatoriana de Indios. In the latter, Nela and Cacuango created the first indigenous school that taught its classes in Quechua. Nela was also a novelist and a journalist. She died in Havana (Cuba).

If she were alive, she would have joined the protests. 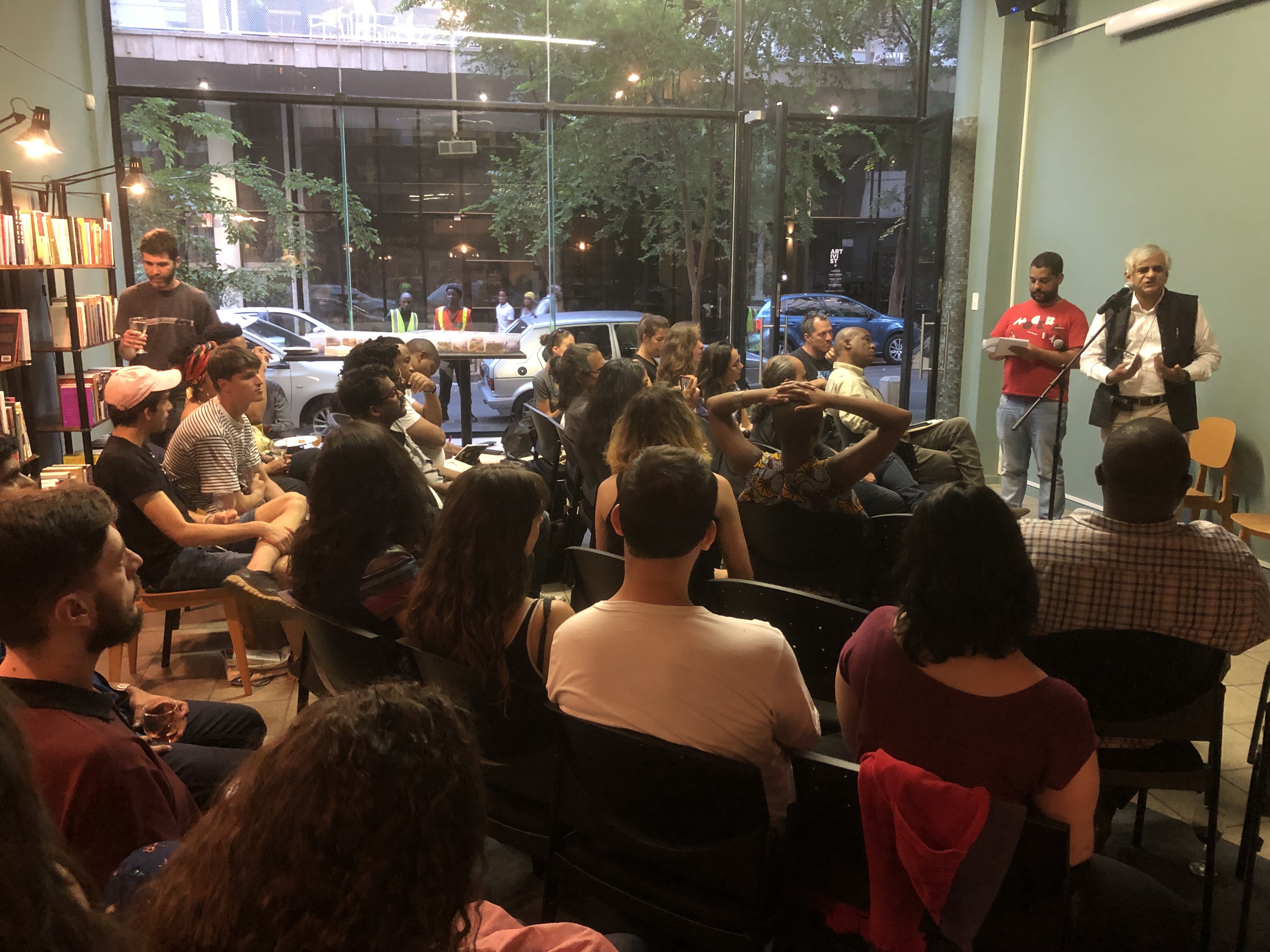 On Tuesday, in Johannesburg (South Africa), we held an event where we released a set of publications, including Dossier no. 22 – The Neoliberal Attack on Rural India. Two Reports by P. Sainath.

Rural India, for the past decades, has been in the throes of a serious agrarian crisis –commercialisation of agriculture, domination of farming by multinational corporations, enormous debt amongst small farmers and the agricultural workers, an epidemic of farm suicides, high malnutrition rates, and cascading crises amongst artisans, miners, and all rural workers who sustain farming. Since 1995, over 300,000 farmers have committed suicide and 15 million cultivators have abandoned their fields.

P. Sainath, Senior Fellow at Tricontinental: Institute for Social Research, has spent the past several decades in the field listening to people, writing up their stories, and educating generations of Indians about those who live in rural India. His book – Everybody Loves a Good Drought (1996) – won him the Ramon Magsaysay Award in 2007. A few years ago, Sainath founded the People’s Archive of Rural India – also known as PARI. Here, Sainath and a team of fabulous journalists have been doing stories about the 833 million people of rural India who speak over 700 languages. It is a remarkable project.

In the dossier, Sainath takes us to Andhra Pradesh, where farmers are growing for seed companies in the most adverse conditions. But Sainath is not interested only in documenting the ugly side of history; he is keen as well to detect the initiatives that breathe life into a future for the planet. Such life comes from the Kudumbrashree women’s cooperative in Kerala, whose success and efficiency mean that – unlike elsewhere in the country – banks run after the farmers, not the other way around. Please do read the dossier and share it.