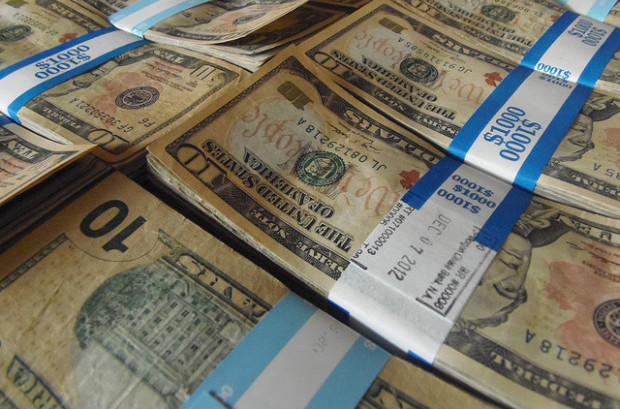 Trouble In The Offshore Paradise

Leaked documents underscore the need to crack down on tax dodging instead of passing another giveaway for the wealthy.

Just as Congress begins debate on the Republicans’ “Tax Cut and Jobs Act,” new revelations have emerged about how wealthy elites around the world hide their wealth.

The “Paradise Papers” — the result of a leak from the Bermuda-based law firm Appleby — shines additional light onto the shadowy world of hidden wealth and tax dodging.

Efforts to reform the U.S. tax system are fundamentally undermined by a global tax-avoidance system that allows individuals and corporations to shift trillions to offshore havens to escape taxation, accountability, and publicity.

The Paradise Papers, alongside the “Panama Papers” released in April 2016, provide another set of disclosures into a system full of titillating details about how high-ranking global officials have created their own system of rules. The Bermuda leaks disclose the role of high-ranking Trump administration members, including Commerce Secretary Wilbur Ross and White House economic advisor Gary Cohn, in using offshore tax havens.

National groups and political leaders, including Democratic House Leader Nancy Pelosi, are calling for a slowdown of Republican efforts to push through their tax bill to address these abuses.

Oxfam America and the Financial Accountability and Corporate Transparency (FACT) Coalition have called on Congress to hold hearings on the findings and a debate over how to best remedy them. Tax Justice Network international has called on the United Nations to convene a global summit to address tax haven abuse.

The hidden wealth system is used by both wealthy individuals and transnational corporations. Research by Gabriel Zucman and others estimates that households in the top 0.01 percent, those with wealth over $45 million, evade 25 to 30 percent of personal income and wealth taxes. This amounts to more than 10 percent of global GDP is hidden in offshore tax shelters.

Zucman estimates that tax haven use has grown 25 percent in the past five years and U.S. citizens have at least $1.2 trillion stashed offshore. In all, at least $200 billion a year in tax revenue is lost from wealthy individuals and $130 billion from corporate tax avoidance.

Hundreds of large transnational corporations use the offshore system to reduce or skirt their tax obligations. According to the Institute on Taxation and Economic Policy, Fortune 500 corporations hold an estimated $2.6 trillion offshore. Verizon, General Electric, Boeing, Nike, and Amazon are just a few of the offenders.

One common dodge is to shift paper profits to subsidiaries in low-tax or no-tax countries like the Cayman Islands or Ireland. Companies utilizing these schemes maintain the fiction that their profits are piling up “off shore” while their losses accrue in the United States, reducing or eliminating their obligation to Uncle Sam.

Systematically confronting offshore tax havens will require legislative action, international diplomacy, and sanctions and penalties aimed at both banks and tax-haven jurisdictions. Uniform disclosure and transparency, both of banks and capital flows, should be a fundamental component of all new treaties.

The United States has enormous responsibility and leverage in fixing this broken international system. Unfortunately, the House Republicans’ proposed tax legislation would only make matters worse. Rather than cracking down on offshore tax dodging, the bill would give companies that are hoarding profits in tax havens a $500 billion tax cut.

Groups working to oppose the current tax bill, including Americans for Tax Fairness and the Financial Accountability and Corporate Transparency (FACT) coalition, have been advocating to close offshore tax havens. They are pressing for such transparency reforms as disclosure of “beneficial ownership” of shell corporations and entities. “The Incorporation Transparency and Law Enforcement Assistance Act” would require virtually all U.S. companies to disclose who really owns or controls them when they are formed and to keep that information updated.

There can be no genuine tax reform until the hidden wealth system for wealthy individuals and transnational corporations is shut down.