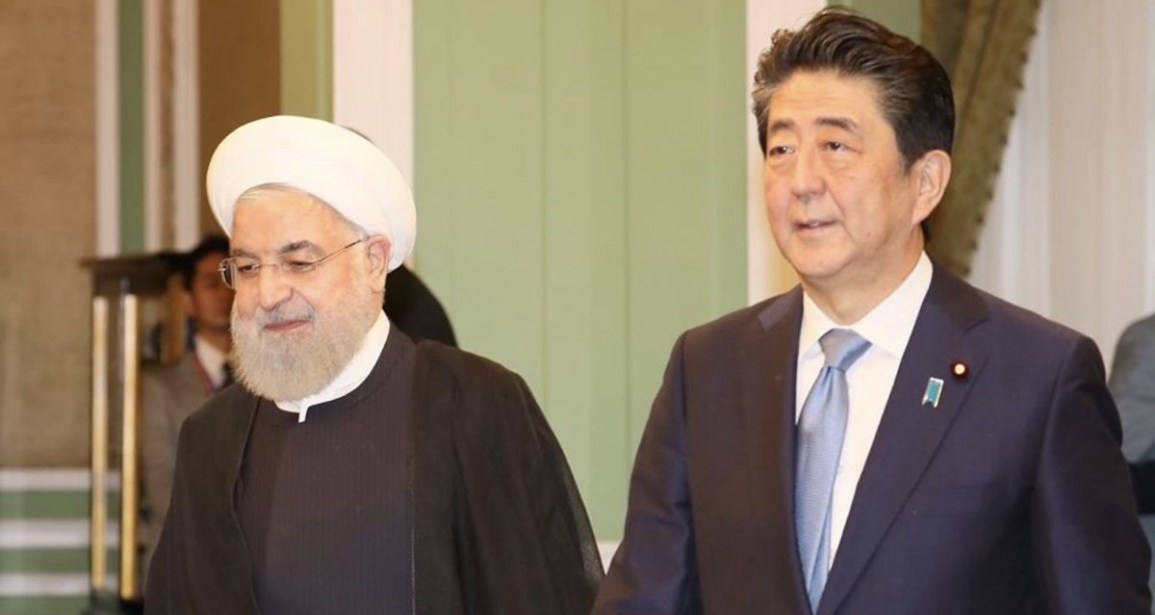 Hell-bent on isolating and suffocating Iran, the Trump administration derailed Japan’s historic talks by accusing Tehran without any evidence whatsoever of attacking oil tankers in the Gulf of Oman.

Since entering office, the Donald Trump administration has been itching for a war on Iran. And it may have found an excuse to justify an escalation of military aggression — or at least kill independent international attempts at diplomacy with Tehran.

On the morning of Thursday, June 13, two oil tankers were allegedly attacked in the Gulf of Oman, just off the coast of Iran. The US government immediately blamed Iran for the incident, without providing any evidence.

The vessels happened to be en route to Japan at precisely the same time that Japanese Prime Minister Shinzo Abe was in Tehran. The first Japanese leader to visit Iran since its revolution 40 years ago, Abe was holding a historic meeting with Ayatollah Ali Khamenei when the incident took place.

This coincidence did not escape Iran’s foreign minister, Javad Zarif, who said, “Suspicious doesn’t begin to describe what likely transpired this morning,” and reiterated a call for regional dialogue and cooperation.

Reported attacks on Japan-related tankers occurred while PM @AbeShinzo was meeting with Ayatollah @khamenei_ir for extensive and friendly talks.

Suspicious doesn’t begin to describe what likely transpired this morning.

Prominent Iran expert Trita Parsi noted that the timing of the suspicious attacks suggests that there is fear in Washington that efforts at Iran-Japan diplomacy might succeed in softening the de facto US-led economic blockade of Tehran.

Since Trump illegally sabotaged the international Iran nuclear deal (known officially as the JCPOA) in May 2018, the US government has striven to isolate Iran and suffocate its economy by preventing the country from exporting oil, importing food and medicine, and trading with foreign nations.

The Trump administration has even threatened close ally Japan, the world’s fourth-largest consumer of oil, with secondary sanctions, forcing the country to halt Iranian oil imports.

So literally while Japan’s Abe is meeting with Iran’s Ayatollah Khamenei, a Japanese oil tanker is attacked in the Gulf of Oman.

Sounds like some are afraid Japan may succeed in starting diplomacy.

The message appears to be: Don’t you dare stand in the way of my war plans…

Concerns that the Trump administration has been fretting about a potential Iranian diplomatic breakthrough with Japan were validated by the US response.

Secretary of State and former CIA director Mike Pompeo immediately pointed the finger at Tehran, calling the alleged attacks “a threat to international peace and security, a blatant assault on the freedom of navigation, and an unacceptable escalation of tension by Iran.”

Saudi Arabia and its regime media went into overdrive amplifying the Trump administration’s accusations against Iran.

The Times did concede, however, that “Pompeo did not present any evidence to back up the assessment of Iran’s involvement.”

And several mainstream media outlets actually diverged from their traditional pro-war stances and expressed cautious skepticism about the secretary of state’s unproven accusations.

Surprisingly, CNN, NPR, and The Independent stressed that Pompeo provided no evidence for his claims.

US Secretary of State Mike Pompeo blamed Iran for an attack on two tankers in the Gulf of Oman, saying the assessment was based on intelligence, but offering no evidence for his claim https://t.co/Ao7II8Zz8Q pic.twitter.com/Ezj8wQXPPY

Without providing evidence, Secretary of State Mike Pompeo said Iran was responsible for explosions on two tankers in the Gulf of Oman earlier today.

He also blamed Iran for several other attacks on ships, oil facilities and other targets over the past month.

Iran’s Press TV outlet published video of what it said were crew members of one of the tankers who had been saved by an Iranian rescue team.

Video shows crewmembers of a tanker hit by suspicious blast in Sea of Oman who were saved by Iranian rescue teams and transferred to Jask port.#SeaofOman pic.twitter.com/XE2Nd5cynF

The Iranian government-backed channel accused the Trump administration of exploiting incidents like this “to wage war.”

Press TV also tweeted photos of one of the tankers hours after the alleged attack, noting that the vessel was unharmed and the fire had been put out.

These photos show Panama-flagged Japanese-owned #Kokuka Courageous tanker hours after attacked in the Sea of Oman. The vessel is apparently unharmed after the fire has been put off.#TheSeaofOman pic.twitter.com/ojKMNw4CxZ

These facts nevertheless did not stop notorious war hawks and neoconservatives from beating the drum of war.

Fanatical anti-Muslim activist Brigitte Gabriel bizarrely described the incident as “an attack on the United States.”

This is an attack on the United States! https://t.co/vn5EYg4xZX

Neoconservative commentator Michael Weiss, who has spent the past eight years pushing for regime change in Syria, implied the alleged attacks were proof that Iran is a “threat.”

It’s almost as if the threat posed by Iran was, you know, real. https://t.co/eVndLNBDmd

The original threat, as reported by the Guardian last month, was this. Note the “frenzy of diplomatic activity between US, British and Iraqi officials.” Even Shia militias in Iraq were taken aback by Soleimani’s instruction. https://t.co/sd4i2jH4TW pic.twitter.com/66XuqkOnbh

Neoconservative Senator Marco Rubio, who has spent the past five months heavily lobbying for US military intervention in Venezuela, quickly turned his attention to Iran. He pointed the finger at the IRGC’s Quds Force, without citing any evidence.

The attacks in the gulf today by forces under the control of the Quds Force of the #IRGC have created a very dangerous situation in the region.

Rubio also berated skeptics, insisting it would not “make sense” for any other actor to carry out the alleged attacks.

Not just the intelligence shows Iran was behind gulf attacks,common sense does too.

It is a fact that only the #IRGC Navy has the ability to place mines like these. And only the #IRGC & its surrogates who can conduct fast boat attacks such as this one. https://t.co/jVBzOBoFdM

The US government has previously blamed Iran for alleged attacks on oil tankers, again without providing any evidence. In May, two Saudi vessels were attacked, and the Trump administration immediately accused Tehran — but in reality this attack was mostly likely carried out by Yemen’s Houthi movement, which governs northern Yemen and has been fighting a defensive war against US-backed Saudi and Emirati forces since March 2015.

Many observers noted how the Trump administration’s unsubstantiated accusations against Iran are eerily reminiscent of the 1964 Gulf of Tonkin incident, in which the US government and a compliant corporate press sold lies to the public to justify a war of aggression on Vietnam.

It is certainly possible that Washington could exploit these supposed attacks to justify a war on Iran. But it is just as likely that the Trump administration could hope to use this incident to try to pressure Japan to halt its historic negotiations with Tehran.

Donald Trump unilaterally withdrew from the JCPOA in May 2018, blatantly violating a UN Security Council resolution and sabotaging an international deal that had been negotiated by China, Russia, Britain, France, Germany, and the European Union.

The far-right president has also surrounded himself with anti-Iran hawks, including Pompeo and neoconservative national security adviser John Bolton, who has spent years lobbying for war on Iran.

Trump has made it clear that his goal is to pressure Iran to renegotiate a nuclear deal with the United States, and is using a “maximum pressure” campaign to force Tehran to submit to Washington’s diktat.

On June 13, Ayatollah Khamenei reiterated that he rejected Trump’s offer to discuss a new agreement, stating, “I do not consider Trump as a person worth exchanging any message with.”

While I very much appreciate P.M. Abe going to Iran to meet with Ayatollah Ali Khamenei, I personally feel that it is too soon to even think about making a deal. They are not ready, and neither are we!

In the meantime, longtime US proxy Saudi Arabia stands to benefit from the escalating aggression. Oil prices immediately spiked in response to the alleged attacks on the tankers, enriching oil producers such as the viciously anti-Iran Saudi monarchy.