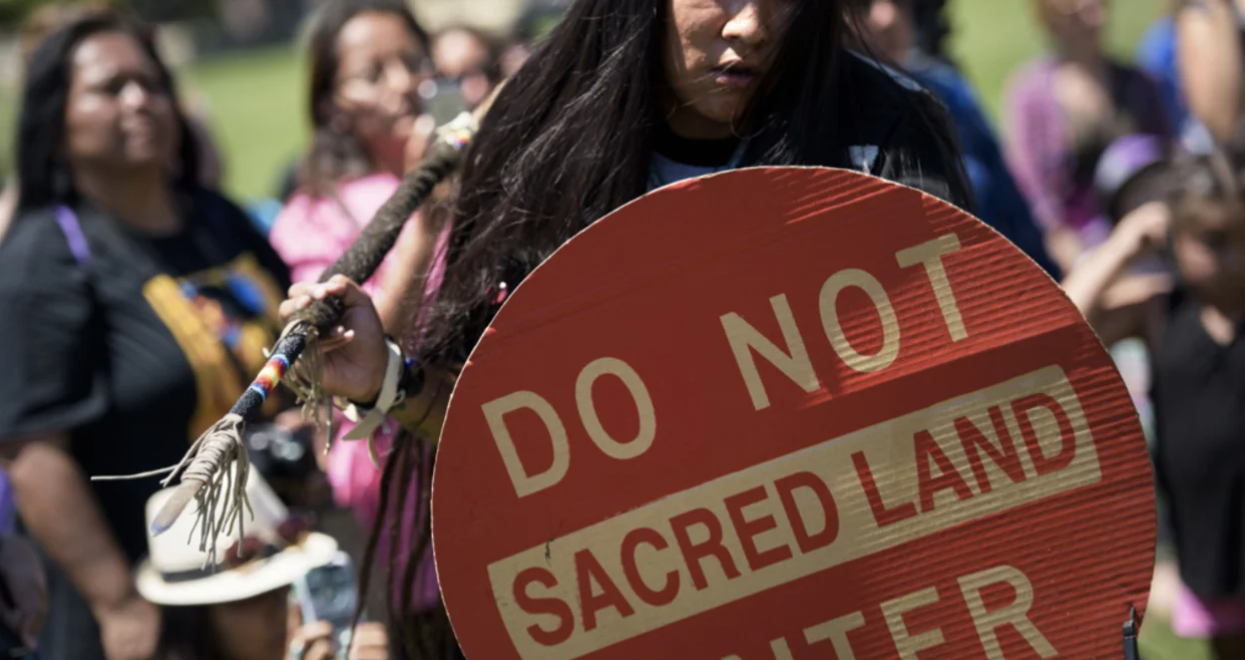 Trump Administration Is Rushing To Mine Sacred Tribal Land

In yet another attack on the environment before leaving office, the Trump administration is seeking to transfer ownership of San Carlos Apache holy ground in Oak Flat, Arizona, to a copper mining company.

The administration pushed to finish the environmental review process, a necessary step to transfer ownership to copper mining company Resolution Copper, and its two parent companies Rio Tinto and BHP, to December 2020, almost a full year ahead of the planned completion.

“The Trump administration is cutting corners and doing a rushed job just to take care of Rio Tinto,” Democratic Arizona representative Raúl Grijalva told The Guardian. Grijalva has been outspoken in his opposition to the mine plans.

“And the fact they are doing it during Covid makes it even more disgusting. Trump and Rio Tinto know the tribes’ reaction would be very strong and public under normal circumstances but the tribes are trying to save their people right now,” Grijalva said.

Oak Flat is a high desert wonderland full of rock spires, choppy hills, ancient oaks, medicinal plants and long stretches of desert flatland. It contains many Indigenous archaeological sites dating back 1,500 years, and is near Tonto National Forest, the largest of six national forests in Arizona. For centuries, the Apache have considered the site holy, using the area for ceremonies. It is listed on the National Register of Historic Places.

However, what is estimated to be one of the world’s largest copper deposits resides 7,000 feet underneath the site. If mining proceeds, more than 11 miles of Indigenous sacred sites, burial grounds and petroglyphs would be destroyed, The Guardian reported. Not only that, but Resolution Copper intends to extract 1.4 metric tons of ore, which would create a crater stretching almost two miles wide and 1,000 feet deep.

Rio Tinto, the world’s second largest mining company, is no stranger to controversy. The Anglo-Australian company was recently involved in destroying a 46,000-year-old Aboriginal site in order to mine iron ore, against the wishes of the land’s traditional owners, the Puutu Kunti Kurrama and Pinikura people.

In 2014, a proposal called the Southeastern Arizona Land Exchange was tacked onto the end of a spending bill to exchange federal land for privately owned land for Resolution Copper. Several Arizona legislators supported it, despite opposition from regional Arizona tribes.

Currently there is no federal law that allows control of ancestral lands outside of Native reservation boundaries.

After the environmental review process is complete, the transfer must occur within 60 days, potentially before President-elect Joe Biden’s Jan. 20 inauguration.

“We are looking at the destruction of some of the Apache’s most significant cultural and historic sites with this project,” Kathryn Leonard, an Arizona state historic preservation officer, told The Guardian.

“Our preservation laws are not set up to prevent this level of loss. It weighs heavily on me.”