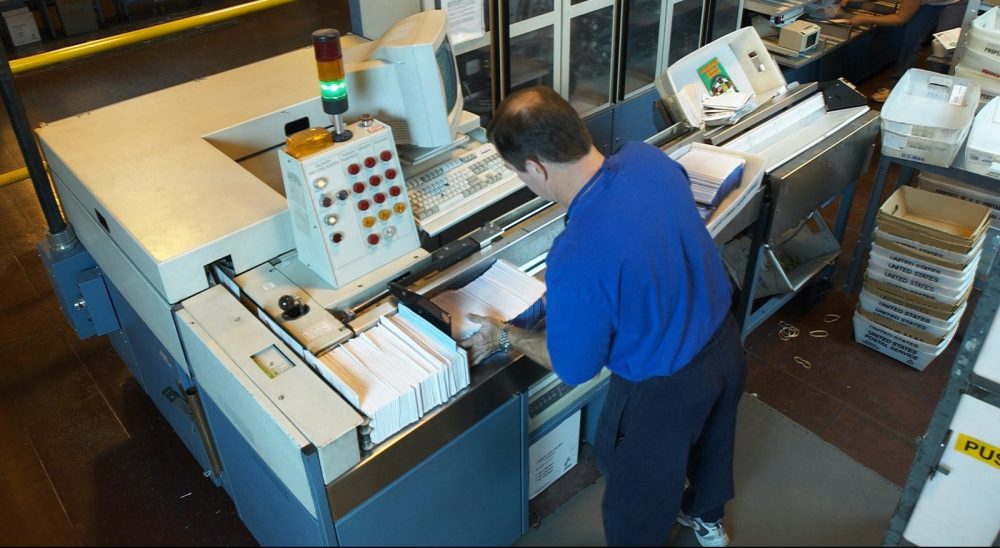 Trump And DeJoy’s Main Objective: Incapacitate The US Postal Service

What we need now is to see a plethora of other states joining in these lawsuits that are charging Trump and DeJoy with deliberate voter suppression.

NOTE: We remind our readers that the Democrats are also responsible for the demise of the US Postal Service. They could have repealed the 2006 law that requires it to pre-fund 75 years of retirement, including health benefits, a law the Democrats nearly unanimously supported. This costs the USPS over $5.5 billion every year. The Democrats are concerned right now because the elections are at risk. There is no reason to believe they will care after November.

In this newsletter, we outline the timeline of the bipartisan attack on the postal service and what steps are needed to protect and expand it. Now is the time to push for these changes.  – MF

Why in the world would anyone want to do great harm to one of America’s oldest and most revered institutions, the USPS? Why? It’s the upcoming presidential election, stupid!

Talk about a massive dilemma by which our democracy may very well be destroyed! Americans have watched as Louis DeJoy, the newly appointed Postmaster General testified before the Senate and House committees relative to the current conditions of the U.S. Postal Service; conditions that are now at one of the lowest points in USPS history.

At these hearings, we saw a snide, arrogant DeJoy make statements that almost everyone knew were false and misleading. He tried to minimize the entire crisis in the USPS by saying that, while it has some problems, they aren’t that bad. He stressed that there would be no problem in delivering the mail-in-ballots to states on time. There is no way in the world that Democrats will ever believe that.

He also said he would not reverse the situation by which mailboxes and sorting machines were removed from around the country and overtime was canceled. He even said that he was not the one who did all these things that were having an adverse effect on deliveries. Maybe I missed it but I didn’t hear him say who it was that did it. Somebody did, and I’d bet it was him.

One cynical House Democrat asked him if he was confident that he would receive a presidential pardon just as Roger Stone did. He said that that was an outrageous remark. Well, that Democrat and all his committee colleagues have that terrible feeling that he was given his job with the aim that he would do everything he could to slow down mail deliveries during the election.

Democrats know full well that if Trump and DeJoy succeed in greatly slowing down mail deliveries, that it could give Trump the reelection that he so desperately wants.

Trump and Senate Republicans refuse to approve the $25 billion funding that Democrats want to be used in significantly improve Postal Service operations. They will block and obstruct every attempt by Democrats to get this funding approved.

All America has heard Trump state that the ballots-by-mail system is ripe for fraud and it will end up being a colossal failure. This is all about reelecting him, and he knows that if he doesn’t stop massive balloting by mail he will lose and lose big.

Sen. Elizabeth Warren and Senate Minority Leader Chuck Schumer, together with five other Senate Democrats, sent a letter to the Board of Governors of the Postal Service, demanding that they reverse those DeJoy policies. Also, they should look into the possibility of removing him as Postmaster General.

90 House Democrats have demanded that the Board of Governors immediately take action to remove DeJoy “to protect this critically important institution. “

There has to be a way that Democrats can prevent Trump and DeJoy from using the Postal Service as a massive voter suppression tool. House Democrats do not have the power to force DeJoy to restore the mailboxes and sorting machines and allow the use of overtime. But, there are other ways, such as these:

Here’s an article from the Huffington Post that reports that “The states of New York, Hawaii and New Jersey filed a lawsuit Monday against President Donald Trump, Postmaster General Louis DeJoy and the U.S. Postal Service over changes at the agency ahead of the election. The lawsuit also includes New York City and San Francisco as plaintiffs.”

What we need now is to see a plethora of other states joining in these lawsuits that are charging Trump and DeJoy with deliberate voter suppression. That is the way to stop these two from, as the article says, “undermining a federal election.”

Most of those who purposely violate the law, those who are called criminals, do it in secret, so they can’t be caught. In the case of Trump, he isn’t even trying to hide what he is doing. He blatantly indicates that he wants to see the ballots by mail system crippled, and he, no doubt, is using DeJoy to accomplish his objective.

This Postal Service situation is not your typical governmental problem that needs to be addressed, it is a massive, national dilemma in which the eventual outcome, whether the delivery system functions effectively during the election or does not, will determine whether our democracy survives or is no more.