The NGO CAGE, which campaigns against discriminatory state policies and advocates observance of due process and the rule of law, reminds readers that in October 2017, US President Donald Trump replaced the Obama rules pertaining to drone strikes with his own ‘rules’ called the “Principles, Standards, and Procedures,” or PSPs.

It reports that according to the American Civil Liberties Union (ACLU) these laws “make it easier to kill more people in more places outside recognized battlefields, posing grave risks of death and injury to civilians”:

“They do this by eliminating the requirement that a person must present a “continuing, imminent” threat to the United States before being targeted for killing. There is also no longer a high-level vetting process required for each individual strike. This means strikes can be okayed by other officials of lower rank. This means there are fewer lines of command to follow in the event of deaths, less chance of objectivity, and less likelihood of accountability”.

It has denied requests for information or, as in October 2017, halted the reporting of strikes to the Bureau for Investigative Journalism and other NGOs that document drone casualties. Last month, the US Air Force, according to the Bureau, “ordered an overhaul of its public affairs operations aimed at preventing the release of information deemed sensitive”. This is all being done, naturally, for the sake of “practicing sound operational security”.

In August last year, a US drone strike near the Somalian town of Jilib killed seven civilians. They were all from the same family and they included women and children. The family was not a prominent (read ‘wealthy’) one, so they had no recourse to justice.

Initially it made local newspapers and pictures of the human remains were circulated on Somali media. Now this information is unavailable.

A local online news report acknowledges the civilian deaths but does not mention the cause as an American drone strike. Rather the ‘planes’ were ‘unidentified’. CENTCOM, the central point for US ‘operations’ in Africa, released a PR, claiming – in contrast to the local media reports – that those killed were al-Shabaab militants. Local officials echoed their paymasters with slightly less severity and insisted those killed were ‘extremists’. 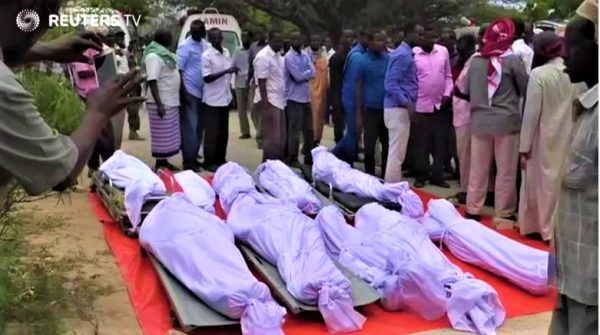 In the same month Reuters reported that Somali government officials said 10 men and boys killed in a joint U.S.-Somali raid were civilians and blood money will be paid to the families. U.S. Africa Command confirmed the presence of U.S. troops in the raid, carried out under the expanded powers that Donald Trump granted to U.S. troops in Somalia in March.  “The 10 people were civilians. They were killed accidentally… The government and relatives will discuss about compensation. We send condolence to the families,” said lawmaker Mohamed Ahmed Abtidon at a public funeral held for the 10, who were killed in a raid in Bariire village on Friday. 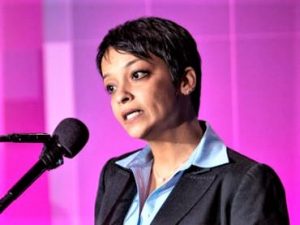 Hina Shamsi (right), Director of the ACLU National Security Project, writes: “Now, the Trump administration is killing people in multiple countries, with strikes taking place at a virtually unprecedented rate—in some countries the number has doubled or tripled in Trump’s first year in office.

The U.S. is conducting strikes in recognized wars in Iraq, Syria, and Afghanistan, but also in operations governed by the secret rules whose public release our new lawsuit demands — those conducted outside “areas of active hostilities” in Yemen, Somalia, Pakistan, Nigeria, and elsewhere.

Untold, officially unrecognized numbers of civilians have died and continue to die at increasing rates. Most strikes take place in majority-Muslim countries, and most of the civilians killed are brown or Black.”

In such areas, people live in poverty, hunger and a state of perpetual terror wrought by a US-led ‘war’. CAGE observes, “as a result, for some, the lure of fighting back through violent groups (‘blowback’)will be too strong to resist”.

The Washington Post agrees: “Human rights organizations and even some former U.S. military commanders argue that drone strikes inadvertently increase terrorism by exerting a “blowback” effect. Their logic is simple. Drone strikes kill more innocent civilians than terrorists, which radicalizes affected populations and motivates them to join terrorist groups to retaliate against the United States”. CAGE also believes that: “Until we have a global acknowledgement at government level that all lives are equal and precious, and all countries have the right to govern themselves in a manner they see most fit for their people, we – the population of the world – will continue to witness ongoing and increasing cycles of violence”.

CAGE calls for an end to extrajudicial killings by drone or otherwise, in favour of a dialogue-based approach to end violence and full accountability for war crimes for all perpetrators of civilian deaths and terror, adding:

“The people of Somalia and other countries around the world deserve nothing less”.