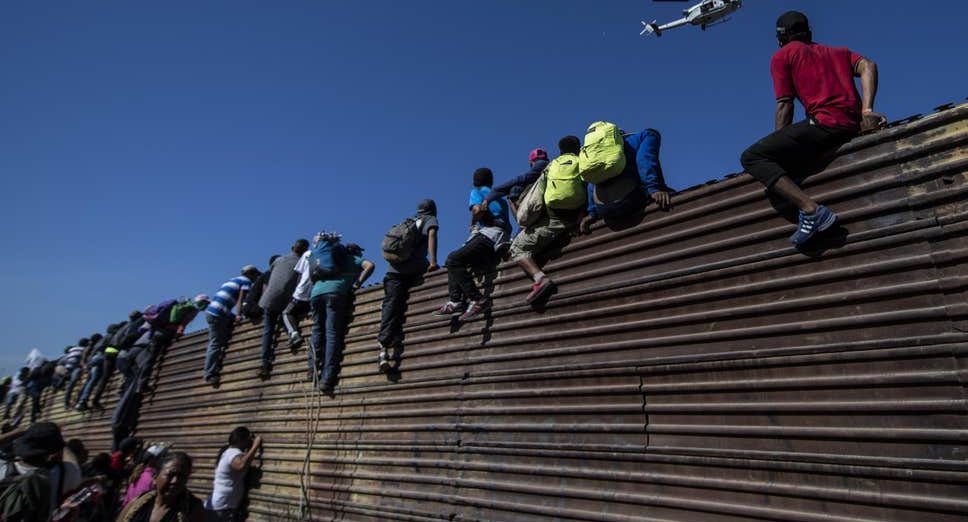 Above Photo: A group of Central American migrants climb a metal barrier on the Mexico-US border near El Chaparral border crossing in 2018. ( PEDRO PARDO/AFP/Getty Images )

US immigration services have informed families struggling with HIV, cancer, cerebral palsy and other conditions they must leave in 33 days

The Trump administration has ended a policy that allows undocumented immigrants to stay in the United States and avoid deportation if they are receiving life-saving medical treatments, in a change that advocates have criticised as inhumane.

The policy change, which also takes away protections for immigrants whose family members are receiving life-saving care, was announced this month in letters sent to families informing them of their new standing.

Senator Ed Markey, a Democrat and frequent critic of the president, said that the rule is unprecedented, even for an administration that has come to be known for its harsh and relentless approach to immigration.

“This is a new low,” Mr Markey said. “Donald Trump is literally deporting kids with cancer.”

“He would be dead,” said Mariela Sanchez, a mother from Honduras who has applied for special exemption for her 16-year-old son Jonathan, who has cystic fibrosis. Ms Sanchez was interviewed by the Associated Press.

Ms Sanchez is among those who may be impacted by the rules change, and moved to the Boston area in 2016 so that her son could receive care in the city’s hospitals — and after a daughter of hers died from the same disease when doctors in her home country failed to diagnose.

She now has more concerns to add to her plate: “I have panic attacks over this every day.”

Critics say that the change in policy could force vulnerable families, like Ms Sanchez’s, to seek out lesser treatments in their home countries, which are often poverty stricken. In Boston alone, according to advocate Anthony Marino, the new rule could impact some 20 families fighting HIV, cancer, cerebral palsy, muscular dystrophy, epilepsy, and other conditions.

“Can anyone imagine the government ordering you to disconnect your child from life-saving care — to pull them from a hospital bed — knowing that it will cost them their lives?” Mr Marino, the head of immigration legal services at the Irish International Immigrant Centre, said.

The change has been confirmed by a spokeswoman for US Citizenship and Immigration Services (USCIS), who indicated the policy came into effect on 7 August.

The special medical or hardship is similar to another policy that the Trump administration has targeted, the Deferred Action for Childhood Arrivals (DACA) program that was implemented by former president Barack Obama. That programme allows immigrants who were brought to the United States illegally as children to apply for protection from deportation.

Estimates by USCIS indicate that the agency receives around 1,000 deferred action requests a year that are not related to DACA or the military, with most of those citing medical concerns.

Immigrants can now apply for deportation relief from another federal agency, but the letters sent to families in the Boston area do not mention that option and instead order the individuals to leave the US within 33 days or face deportation.