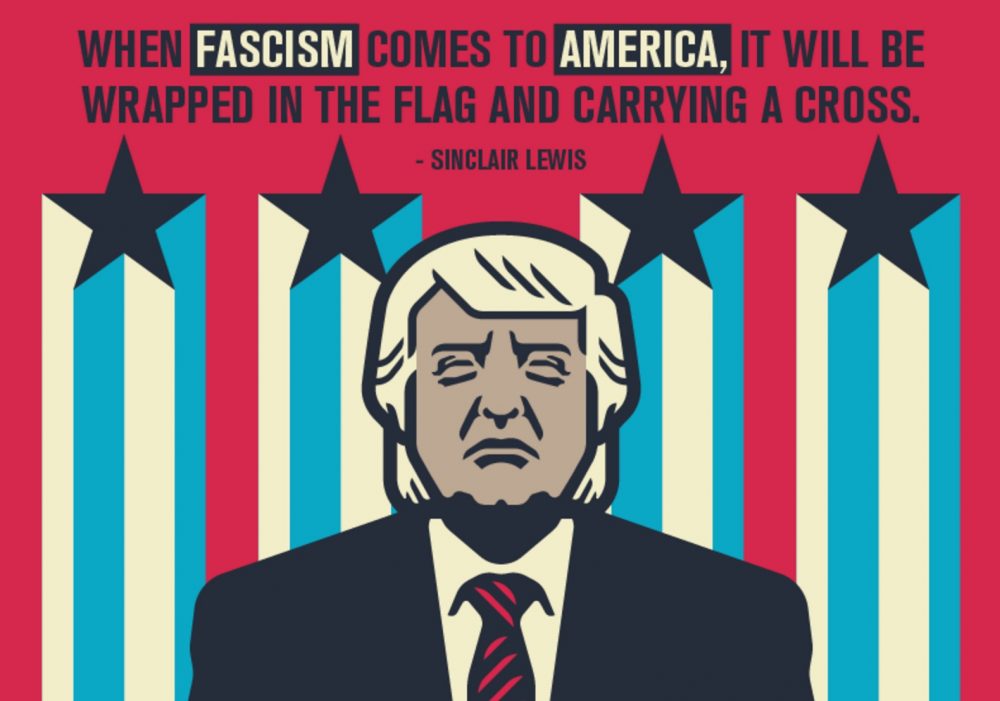 Without evidence, Trump and several top officials from his administration have blamed Antifa and groups it describes as “agitators.”

United States President Donald Trump tweeted Sunday that the U.S. will go ahead and label Antifa as a “terrorist organization,” raising serious concerns about the unconstitutionality of such a threat if carried out.

“The United States of America will be designating ANTIFA as a Terrorist Organization,” Trump said, as protests over the murder of the black man, George Floyd, continued in at least 30 cities in the United States on Sunday, with Minneapolis as the epicenter.

Without evidence, Trump and several top officials from his administration, including U.S. Attorney General William Barr, have blamed Antifa and groups it describes as “agitators” for taking over the protests in U.S. cities.

“The violence instigated and carried out by Antifa and other similar groups in connection with the rioting is domestic terrorism and will be treated accordingly,” Barr said in a statement on Sunday following the president’s tweet.

The movement itself, short for ‘anti-fascists,’ is an umbrella term for far-left-leaning groups with no designated leadership that is opposed to far-right ideologies; with many in recent years directly confronting white nationalists and Trump-supporters.

Yet for many experts, the worrying fact is the intention of Trump to designate a domestic group in the same way it does foreign entities as he has no legal authority.

“As this tweet demonstrates, terrorism is an inherently political label, easily abused and misused. There is no legal authority for designating a domestic group. Any such designation would raise significant due process and First Amendment concerns,” ACLU National Security Project Director Hina Shamsi said.

This is terrifying. Understand what is happening here: Antifa is not an actual organization; it’s a decentralized group. There are no “Antifa leaders.”

So now the US government will have the “right” to imprison anyone for “terrorism,” if it just claims they’re part of “Antifa.” https://t.co/0h4eOAP94z

Trump’s vow about Antifa is as incoherent as it is dangerous. The only possible outcome, if it is more than just a Twitter scream, is increased domestic repression, surveillance, and the quashing of dissent: the classic case of exploiting disorder for authortarian ends. https://t.co/vs8wlflIyf

Antifa, a contraction of the phrase “anti-fascist,” is not an organization w/a leader, defined structure or membership roles.

Antifa members campaign against actions they view as authoritarian, homophobic, racist or xenophobic.

Antifa is the first group in history to be designated a terrorist organization, despite never having committed a terror attack or been an actual organization…

In stark contrast to the spotlight on left-leaning groups, the rise of the far-right and neo-nazis have been ignored by the Trump administration despite warnings from social movements and lawmakers.

Even FBI Director Christopher Wray has raised concerns about the increase of white supremacist activity driving the domestic terror threat, in some cases surpassing that from foreign terrorist groups.

Meanwhile, for the fourth consecutive night from the city of Los Angeles to Chicago, through Cleveland, Washington D.C. and New York, scenes of wide-spread protests and riots continue, forcing local authorities to announce curfews and to call up to 5,000 troops from the National Guard.