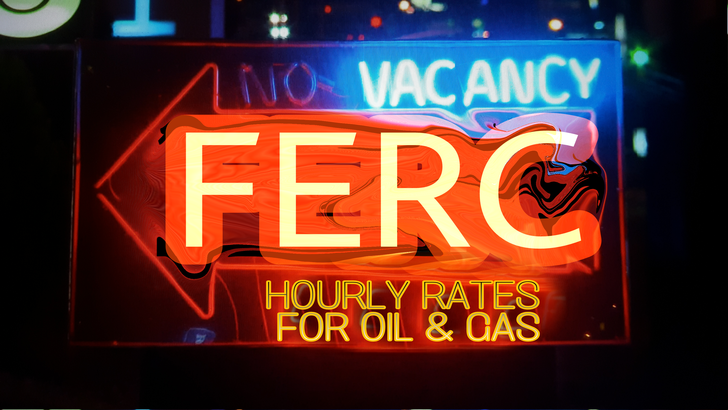 Above photo: From Beyond Extreme Energy

Washington, DC – The Hill reports that the Trump administration announced on Monday its two Republican nominees, Neil Chatterjee and Robert Powelson, f0r the vacant seats in the Federal Energy Regulatory Commission (FERC). If confirmed, the FERC would once again have a quorum and would be able to resume rubber stamping its backlog of fossil fuel project permits.

The Hill describes the nominees:

Powelson has sat on the Public Utility Commission of Pennsylvania since 2008 and was its chairman from 2011 to 2015 under then-Gov. Tom Corbett (R). He also currently serves as president of the National Association of Regulatory Utility Commissioners.

Of particular concern is Powelson. Power Source reported that he spoke about pipeline opponents in a disparaging way in March of this year:

“A member of Pennsylvania’s utility regulatory board says natural-gas pipeline opponents are engaging in a ‘jihad’ and he criticized Maryland Gov. Larry Hogan’s support for banning hydraulic fracturing.

Powelson, a Republican, says the ‘jihad has begun’ and complained that pipeline protesters show up at the homes of Federal Energy Regulatory Commission members.”

Beyond Extreme Energy, a coalition of front line communities and allies, responded:

A coalition of around 160 local, state, regional and national organizations is calling upon the Senate to reject both nominations announced yesterday by President Donald Trump to be Commissioners of FERC, the Federal Energy Regulatory Commission.

“FERC has been abusing communities for decades, abusing their power and authority in ways that undermines the rights of both people and the states. While biased FERC Commissioners with industry ties is nothing new, Donald Trump’s picks, if confirmed by the Senate, would take us to a whole new and dangerous level of conflict and bias.  Congress needs to be holding hearings into the abuses of power and law by FERC before they even consider confirming new Commissioners, let alone ones who are so blatantly biased and obvious shills for the industry,” said Maya van Rossum, the Delaware Riverkeeper, leader of the Delaware Riverkeeper Network and part of the national effort to secure congressional hearings and needed reforms.

Melinda Tuhus, an organizer with Beyond Extreme Energy, which has been protesting regularly at FERC for almost three years, stated: “The Federal Energy Regulatory Commission is a proven rubber stamp for fracked gas pipelines. In 30 years the FERC Commissioners have only rejected one pipeline project. People who have been victimized by FERC’s decisions or who are facing serious health and safety risks from proposed gas infrastructure projects don’t want to see a business-as-usual, or worse, FERC.”

Beyond Extreme Energy, a member of the coalition and a group that has gained attention by using nonviolent direct action to target FERC says there is no such thing as a good FERC commissioner. Until Congress takes steps to replace the agency with one dedicated to a just transition off of fossil fuels, the group says, the Senate should oppose all nominations. The group says it’s especially important to block appointments to FERC now because the agency is operating below quorum and any delays in the confirmation process is a delay to all of the harmful fracked gas infrastructure projects that are awaiting FERC’s rubber stamp.

“Any senator who votes to approve Chatterjee, Powelson, or any other nominee to FERC is not fit for office,” says Lee Stewart, an organizer with Beyond Extreme Energy. “Regardless of who is picked for the commission, FERC rubber stamps fracked gas infrastructure, enriches the oil and gas industries, and destroys communities and the climate. This is all during a time when the technology exists to facilitate a just transition off of fossil fuels.”

“We are not fooled into complacency by FERC when they say they are energy neutral and need to make sure the lights stay on”, he continues. “We know this really means their objective is to give big-moneyed market interests primacy over human health and well-being. In a world experiencing climate crisis, energy neutrality is a horrendous abdication of responsibility and an ugly form of violence. We need a just transition off of fossil fuels now. FERC can’t and won’t deliver on this, so it needs to be replaced. That’s why we’re rising up.”

This FERC vacancies coalition has already organized two call-in periods generating thousands of calls to Senate offices on this issue, as well as orchestrating Senate offices visits in which nearly a dozen groups met with Senate staff in district offices. A national lobby event in DC is planned for May 22-23, and other actions are in the works to protest the nominations, including actions that involve nonviolent civil disobedience.