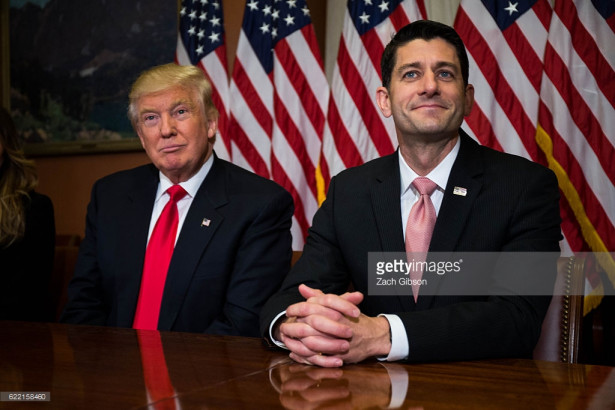 Donald Trump will be moving forward with the Keystone pipeline project once he’s president that was put to a halt by President Obama, calling it a “priority of his administration.”

Previously, President Obama has called the pipeline as being “against the national interests of the United States.”

But, Trump says it will create jobs.

The president-elect is on board with top Republicans in the U.S. Senate, who have asked him to move quickly in his first 100 days, which will allow Calgary-based TransCanada Corp. to ship bitumen from Alberta’s oil sands to U.S. Gulf Coast refineries.

Environmentalists and ranchers, who hailed President Obama’s decision, have bitterly opposed the pipeline over concerns of oils spills.

It was also revealed by Time Magazine that Trump owns stock in the company building the pipeline, Energy Transfer Partners.

He also invests in another company that will co-own a share of the pipeline when it is completed. Not to mention, Trump received more than $100,000 from the company’s CEO in campaign contributions.

It really should be no surprise that Trump will continue on with the pipeline’s construction. TransCanada, the company behind the pipeline, has already stated publicly that it plans to work hand in hand with President Trump and that it remains “fully committed to building it.”

TransCanada shares rose almost three per cent to $59.96 in Toronto trading Wednesday on speculation the President-elect will approve the 1,900-kilometre pipeline after his inauguration.