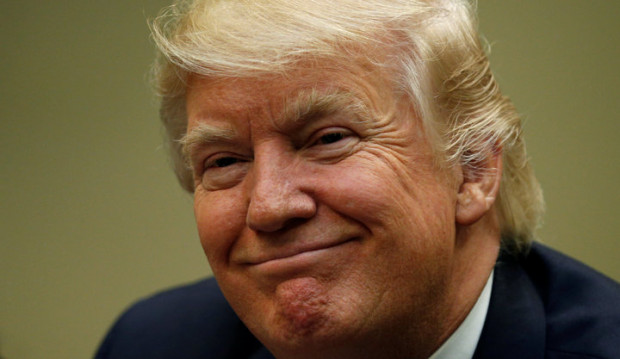 WASHINGTON ― Companies that commit wage theft and put their workers in harm’s way just received a favor from the Trump administration.

President Donald Trump signed a bill Monday repealing a regulation that had encouraged federal contractors to follow labor laws. Under the Obama-era rule, companies with an egregious record of violating wage and safety laws would lose their government contracts if they didn’t come into compliance.

The idea behind the rule was to make sure unscrupulous employers didn’t receive taxpayer dollars. But Republicans in Congress thought the rule was too punitive and unfair to businesses. They used an arcane tool known as the Congressional Review Act in an effort to kill the regulation, which was called the Fair Pay and Safe Workplaces rule.

By approving the legislation sent to him by the Senate, Trump has ensured not only that the regulation will die, but also that no similar regulation can be put forth by the Labor Department again. Trump signed the legislation at a White House ceremony in front of the press.

“When President Trump has a chance to stand with workers, he chooses not to,” Heidi Shierholz, a labor policy expert at the left-leaning Economic Policy Institute, said in a statement. “By blocking this rule, the president and congressional Republicans will ensure that taxpayers will continue to support contractors with a history of wage theft and health and safety violations.”

The repeal of the rule is part of a broader assault on federal regulations carried out by Republicans with the support of the new White House. The GOP has used the Congressional Review Act to repeal more than a dozen federal rules implemented by the Obama administration. Trump, meanwhile, has issued executive orders that limit agencies’ abilities to roll out new regulations on corporations, including an order that requires officials to repeal two existing rules for every new one.

Labor groups and advocates for low-wage workers pressured the Obama administration to issue the contracting rule. Numerous reports have shown that federal contractors continue to receive federal money even after cheating employees out of pay or endangering them on the job. Democrats have sought for years to tighten the rules on contracting when it comes to lawbreakers.

Under the Obama rule, firms that bid on federal contracts would have to disclose their labor violations from the previous three years, including any times they were found to have broken laws pertaining to collective bargaining, civil rights, health and safety, or minimum wage and overtime. But violations wouldn’t necessarily prevent a firm from winning a contract, so long as it took steps to take care of the problem.

The Labor Department estimated that the rule would apply to 14,000 contractors each year, but “only a small share of these companies is expected to have reportable violations, and even fewer are expected to have serious, repeated, willful, or pervasive violations to report,” the agency noted. Business groups, however, vilified the regulation as a “blacklisting rule,” and they enlisted GOP members to kill it.

Just last week, Republicans dismantled a different workplace safety regulation, one that required large employers to keep an accurate record of any injury for a period of five years. Workplace safety experts say repealing that rule would make it easier for companies to hide health and safety problems. Trump has not yet signed that legislation.