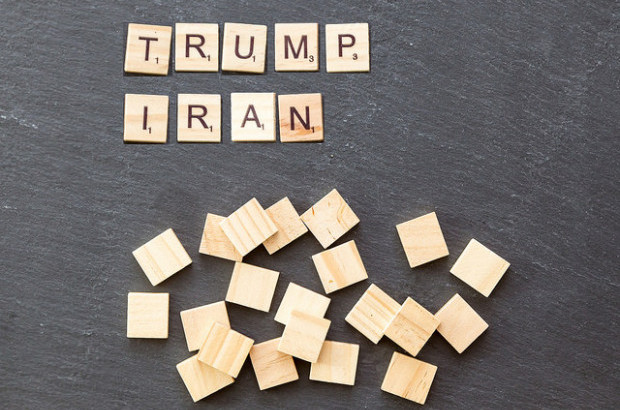 Trump Shoots The US In The Foot Over Iran

President Donald Trump has put the United States on the course for war with Iran.  That was clearly his objective last Friday when he refused to certify the international nuclear accord with Iran and proclaimed heavy sanctions against Tehran’s powerful paramilitary Revolutionary Guards Corps.

Trump’s move was also a clever ploy to deflect blame for abrogating the key 2015 Iran nuclear treaty that the US signed with Iran, Britain, France, Germany, Russia, China and the European Union.

Accusing Iran of ‘terrorism’ and ‘violating the spirit of the accord,’ Trump threw the Iran issue into the hands of the Republican-dominated US Congress.  He had to.  All of Trump’s senior national security officials and those from the treaty partners and UN reported that Iran had kept its end of the deal.

So Trump trotted out the old song and dance about terrorism – which means anything Uncle Sam does not like.  The same United States that supports the murderous Islamic State and its allies in Syria and Iraq.

There won’t be much doubt about how Congress handles this hot potato.  The leading senators and congressmen who will deal with the issue, like Bob Corker, Tom Cotton, and Marco Rubio, are all firmly in the pocket of pro-Israel lobbies.

The US vociferous ambassador to the UN, Nikki Haley, is almost a wholly-owned subsidiary of the Las Vegas gambling mogul and uber Zionist billionaire, Sheldon Adelson – who is also a key financial backer of Trump and Netanyahu.

In fact, Israel’s Prime Minister Benjamin Netanyahu appears to have more influence on Capitol Hill than President Trump. He used to show it off by humiliating former president Barack Obama.

Israel has just scored a major triumph by using Trump to sabotage the Iran nuclear pact.  Prime Minister Benjamin Netanyahu has long been adamant in insisting that the pact be scrapped.  Having pushed the US to destroy its old foes, Iraq and Syria, Israel now has its big guns trained on Iran, the last regional power that can challenge Israel’s domination of the Mideast.  Iran, we should remember, is also the only important Mideast power backing the Palestinians and calling for a Palestinian state.

Trump is surrounded by a coterie of ardently pro-Israel advisors and cronies aligned to that nation’s far right wing.  So far to the right, in fact, that their Israeli opponents often call them ‘fascists.’  Trump, with this Mussolini complex, fits right into this mind-set.

In addition, Trump’s virulent hatred of Islam and his deep support from America’s evangelicals fuels his antipathy to Iran.  The Israeli lobby and so-called Christian Zionists that make up his electoral base are beating the war drums against Iran.

If the Iran nuclear deal is abrogated, America will have shot itself in the foot and shown the world it has fallen under the control of special interests for whom America’s national interests do not come first.  Europe, already disgusted by the Trump carnival in Washington and its religious supporters, will pull further away from the US and closer to Russia and China.  Who would trust America’s word after deal-break Trump?

Europe has lately signed billions in new trade accords with Iran, most notably and $18 billion deal with Airbus for the sale of commercial aircraft.  Boeing wants to sell 80 aircraft to Iran worth $16 billion. Thus Trump’s jihad against Iran will likely deny high-paid jobs to tens of thousands of American workers.   This from the president who was going to create jobs, jobs, jobs.

Iran handed over ten tons of medium-enriched uranium as part of the nuclear deal.  Will Tehran get this trove back if Congress scuppers the Iran deal?  Doubtful.  Iran destroyed many of its uranium centrifuges as part of the deal.  Can it sue Washington for breach of contract?

Meanwhile, the US heads towards some sort of military conflict with Iran at a time when it may go to war any day with North Korea.  Trump, who evaded the draft during the Vietnam War due to a trivial foot problem, is now clearly thrilled by all his new military toys.  Many of Trump’s close advisors fear Trump will trigger a nuclear war.  It may be time for his top officials to step in and take away the president’s nuclear launch codes.

Israel is determined to destroy Iran so that it can never pose a military or political challenge to the Jewish state. Call it Iraq II.  This means turning Iran’s nuclear industry and its civilian economy to ruins.  And maybe even breaking up Iran – as was done with Iraq – into Iranian, Azeri and Kurdish mini-states.