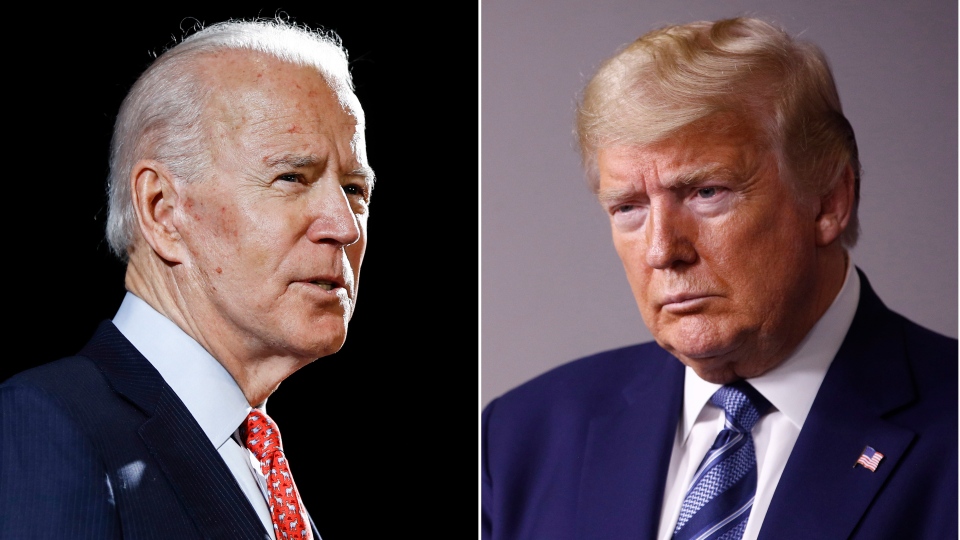 Trump Thinks He’s Still President – What Is the Evidence?

What is the evidence nearly a year into the alleged Biden presidency that there has been a change of guard in Washington?

Donald Trump thinks he’s still president according to no more reliable a source than Rachel Maddow on her February 5th show. This was confirmed in May by Vanity Fair.  Right-wing conspiracy theorists echo this analysis as recently as this month. Left-liberals are smugly confident that Kamala Harris’s running mate is in the White House, snoozing in the presidential bedroom. Inquiring minds ask what is the evidence nearly a year into the alleged Biden presidency that there has been a change of guard in Washington?

+The Obama-Biden union card check proposal was not on Mr. Trump’s political horizon, nor is it on that of the current occupant in the White House.

+The current occupant is ramping up Trump’s unhinged Sino-phobic hallucinations, sanctioning 34 Chinese entities for development of “brain-control weaponry.” Not that the Chinese have been angels. In an egregious suppression of freedom of information, the inscrutable Orientals have made it more difficult for US spies to operate in their country.

+The current occupant nominally withdrew US troops from Afghanistan as negotiated by Mr. Trump, presumably reducing overall military costs. Yet, he continues the Trump-trajectory of lavishing billions of dollars more on the military than even the Pentagon requests.

+Given his priority to feed the war machine, the new occupant is having a hard time finding sufficient funds for Biden-promised student debt forgiveness. Ditto for making two years of community college tuition-free.

+ President Trump slashed the corporate tax rate from 35% to 21%; candidate Biden vowed to raise it to 28%; the current occupant proposed a further cut to 15%.

Biden, while campaigning in 2019, pledged to wealthy donors that “nothing would fundamentally change” if he’s elected. And nothing has changed despite recent drama in the Senate over Build Back Better. Trump’s $4.5 trillion corporate-investor tax cut still appears secure.

+Raising the federal minimum wage to $15-an-hour from $7.25, where it has languished since 2009, was a big selling point for the Biden campaign. Now it is on hold, while billionaire fortunes balloon, leaving the working class broke but woke under the current administration.

+The Obama-Biden nuclear deal with Iran was gutted by Trump. The current occupant, contrary to Biden’s campaign utterances, has not returned to the conditions of the JCPOA. Rather, he has continued Trump’s “maximum pressure” policy against Iran.

+Candidate Biden, calling for a foreign policy based on diplomacy, criticized Trump’s dangerous and erratic war mongering. Yet only a month after his inauguration, the new president capriciously bombed “Iranian-backed militias” in Syria who were fighting ISIS terrorists and posed no threat to the US.

The new president went on to authorize further “air strikes” on “targets” around the world such as Syria, Iraq, and Afghanistan. Now, the undiscriminating reader might think these are acts of war. But war, according to the “rules-based order” of the new occupant, is best understood as a conflict where US lives are lost rather than those of seemingly more expendable swarthy-skinned foreigners.

+The Obama-Biden normalization of relations with Cuba and easing of restrictions were reversed by Trump. Presidential candidate Biden had signaled a return, but the current occupant has instead intensified the US hybrid war against Cuba.

+Candidate Biden pledged to review Trump’s policy of US sanctions against a third of humanity. The presumptive intention of the review was to ameliorate the human suffering caused by these unilateral coercive measures. Sanctions are a form of collective punishment considered illegal under international law. Following the review, the current occupant has instead tightened the screws, more effectively weaponizing the COVID crisis against countries such as Nicaragua, Cuba, and Venezuela, while adding Ethiopia and Cambodia to the growing list of those sanctioned.

+Among Trump’s most ridiculous foreign policy stunts (and it’s a competitive field) was the recognition of Juan Guaidó as president of Venezuela in 2019. The then 35-year-old US security asset had never run for a nationwide office and was unknown to over 80% of the Venezuelans. Contrary to campaign trail inuendoes that Biden would dialogue with the democratically elected president of Venezuela, Nicolás Maduro, the new guy in the White House has continued the embarrassing Guaidó charade.

+The current White House occupant has also continued and expanded on some of the worse anti-immigrant policies of the xenophobe who preceded him. Asylum seekers from Haiti and Central America – fleeing conditions in large part created by US interventions in their countries – have been sent packing. Within a month of assuming the presidency, migrant detention facilities for children were employed, contradicting statements made by candidate Biden who had deplored locking kids in cages.

+President Trump was a shameless global warming denier. Candidate Biden was a refreshing true believer, boldly calling for a ban on new oil and natural gas leasing on public land and water. But whoever is now in the Oval Office opened more than 80 million acres in the Gulf of Mexico for fossil fuel drilling.

Perhaps the strongest evidence that Trump is practically still in office is the political practice of his left-liberal detractors who solemnly promised to “first dump Trump, then battle Biden.” However, these left-liberals are still obsessing about dumping Trump. Instead of battling Biden, they are fanning the dying embers of the fear of another January 6 insurrection, giving the Democrats a pass.

Of course, the Democrats occupy the executive branch along with holding majorities and both houses of Congress. Yet, despite campaign pledges and spin, the continuity from one administration to the next is overarching as the preceding quick review documented.

The partisan infighting theatrics of the “dysfunctional Congress” is in part a distraction from an underlying bedrock bipartisan consensus. Congress is dysfunctional by design on matters of social welfare for working Americans. It is ruthlessly functional for matters of concern for the ruling elites, such as the military spending, bank bailouts, corporate welfare, and an expansive surveillance state.

The Democrats offer an empty “we are not Trump” alternative. The bankrupt left-liberals no longer stand for substantial improvements to the living conditions of working people, a “peace dividend,” or respite from war without end. Instead, they use the scare tactic that they are the bulwark against a right popular insurgency; an insurgency fueled in the first place by the failure of the two-party system to speak to the material needs of its constituents.

Roger D. Harris is on the state central committee of the Peace and Freedom Party, the only ballot-qualified socialist party in California.