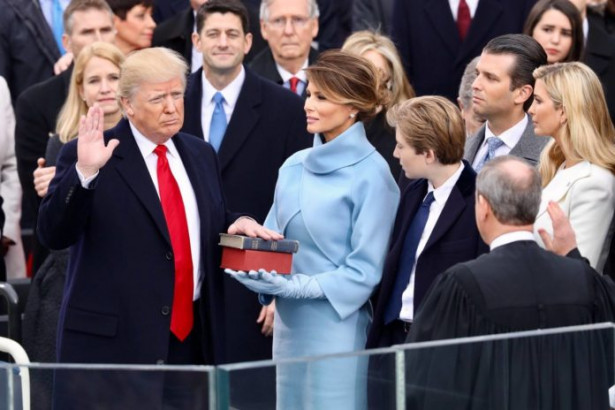 The MOAB arrived in Afghanistan before the inauguration, on January 13.

More U.S. strikes have hit Yemen in President Donald Trump’s first 100 days in office than in all of 2015 and 2016 combined, as the U.S. military takes full advantage of the White House designating parts of the country areas of “active hostilities”.

In March and April alone the U.S. carried out 80 air attacks with jets and drones – itself more than double the number seen last year.

There is limited reporting on the effects of these strikes because the areas hit are also the scene of fighting between the various factions embroiled in the ongoing civil war.

However a field investigation by the Bureau has shown at least 25 civilians died in a U.S. operation on January 29 – a U.S. ground raid supported with multiple air strikes. The key findings were subsequently confirmed by field research by Human Rights Watch and The Intercept.

The assault came just days after a decision in late January by Trump to exempt Yemen from President Barack Obama’s Presidential Policy Guidance (PPG) – a compendium of policies and rules designed to reduce civilian casualties and limit the circumstances that U.S. forces can strike in Pakistan, Yemen and Somalia.

This means U.S. Central Command’s generals get to authorise strikes without running them through the White House security bureaucracy first.

Somalia has also been declared an area of active hostilities. However the U.S. command responsible for the Horn of Africa, Africa Command, is yet to use its new-found freedom to authorise strikes against al Shabaab. General Thomas Waldhauser has said he is maintaining a rule set out in the PPG that U.S. forces must have near certainty that they will not cause civilian harm before striking. The most recent attack was on January 7 in the last days of the Obama presidency.

The U.S. drone war in Pakistan restarted during the first 100 days of Trump’s presidency. He returned the power to authorise drone strikes to the director of the CIA, reversing an Obama policy, according to a March 13 report in the Wall Street Journal.

To date CIA drones have hit Pakistan twice under Trump. The first strike on March 2 ended a nine-month halt to U.S. strikes there. The second on April 26 killed TTP fighters, a named senior Pakistani official said. A Taliban source confirmed seven Taliban members were killed but also claimed three civilians were killed. The CIA declined to comment on either strike.

The MOAB arrived in Afghanistan before the inauguration, on January 13.

Afghanistan, America’s longest running war, has also seen an increase in strike activity. There have been more than 600 air strikes, as of April 16. This is a much faster rate of strikes per month than was seen in 2015 and 2016. Most of the attacks were conducted under targeting authorities brought in last summer under Obama to allow commanders in Afghanistan to proactively go after the Taliban from the air.

U.S. forces are also fighting the Islamic State’s Afghan franchise. Seen as less of a threat to Afghanistan’s stability than the Taliban, the group nevertheless has brutalised the population in its base in southeastern Nangarhar province and demonstrated it can carry out mass-casualty attacks in Kabul.

The U.S. has been carrying out counter-terrorism operations from the air and on the ground against the group since January 2015. On April 13 the Air Force dropped the “mother of all bombs” on the group’s fighters. The GBU-43/B Massive Ordnance Air Blast Bomb (MOAB) is the most powerful non-nuclear bomb it has ever used in combat.

U.S. officials have confirmed General Nicholson was under no obligation to, and did not, seek Trump’s approval before authorising the MOAB strike. The bomb itself arrived in Afghanistan before the inauguration, on January 13, Resolute Support told the Bureau.