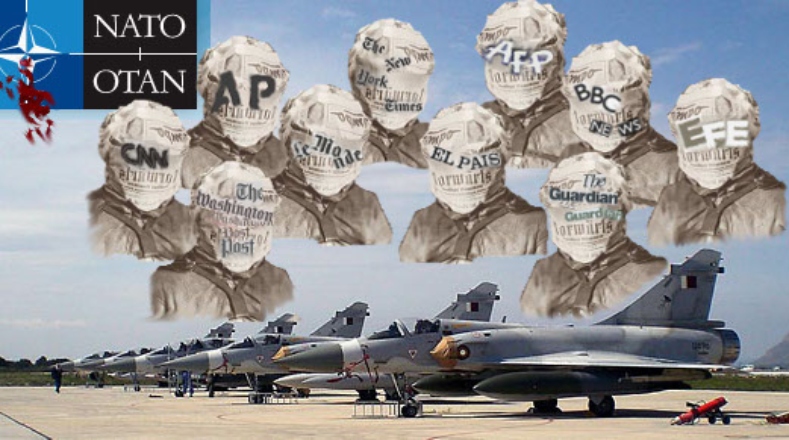 Truthful Accounts – A View From Nicaragua

NOTE: This article, What’s really happening in Nicaragua, puts the article below into context:

Corporate media such as the Guardian, Daily Mail, Washington Post and New York Times are now awash with accusatory articles about Nicaragua. Dancing as ever to the tune of the United States and Nicaragua’s right-wing opposition, the articles claim among other things that the government is disqualifying political opponents in order to give Daniel Ortega and the FSLN an easy win in this year’s elections and that the elections will not be free and fair. At a time when the Nicaraguan right-wing opposition has been riven by internal squabbling and can barely muster 20% popular support (as opposed to an approval rating of around 60% for the FSLN and Daniel Ortega), this could not be further from the truth. The fact is that the US is now becoming increasingly anxious that its regime change agenda will fail and is now turning up the heat in order to sabotage the elections. They are continuing to pour millions of dollars into Nicaragua’s right-wing opposition and have just imposed even more sanctions on Nicaragua’s government and Sandinista officials. There are fears that the US may even be planning another coup see here and the US has now stated that it is prepared to review ‘trade-related activities’ with Nicaragua, including Nicaragua’s participation in the Central America free trade agreement ‘if the country’s coming elections are not free and fair’. As far as the US is concerned, the elections will only be considered free and fair if the US-backed right wing opposition wins.

The Nicaraguan government has published a statement on recent events and explaining their context. This can be found here.

An article just published on the Alliance for Global Justice website by Rita Jill Clark-Gollub sets out in detail what’s really happening in Nicaragua. The article – U.S. Cries Foul Because Nicaragua Stops It from Buying This Year’s Elections – is available here.

Two further articles are also worth reading in this context:-

The Run-Up to Nicaragua’s 2021 Elections: Part 1 – this article has been written by Rohan Rice in collaboration with NSCAG. Rohan is a writer, translator and photographer. It has been published by Alborada and is available here

Efforts to depict journalism as if it ever existed in the idealized form of its propagandists have become increasingly ridiculous. Journalism, like accountancy, is just another sub-category of reporting. Like accountancy and other reporting activities, journalistic reporting can be good or bad, exceptional or mediocre, honest or criminal. Among the most insidious fables people in the West tell themselves is that European and North American countries promote honest reporting and freedom of expression. However, countries from Libya, Iran and Syria to Cuba, Nicaragua and Venezuela offer undeniable examples of how absurd that fiction really is.

A personal anecdote relating to Nicaragua encapsulates the reality of reporting in the West. Recently, I asked a very well regarded freelance foreign journalist who has covered Latin America for decades, mainly for European media outlets, if they might be available to interview a well known Sandinista in Nicaragua about this year’s elections. This reporter replied that they’d like to, but could not because the media with which they work rejected reporting on Nicaragua giving what this person regarded as a true and fair view of events here. The implications of that are at once both very sinister and notably commonplace.

On one level, to be able to secure work with practically any media outlet, reporters generally have to accept the outlet’s editorial policy and ideological leanings and comply with them. Nowhere in the world is that unusual. But taken to another level, this reality is very sinister because it means reporting honestly on, in this case, Nicaragua, but it could be Syria or any country under attack from the US and its allies, is subject to abrupt and brutal professional, economic and social repression. Not only does any professional journalist determined to report honestly on countries like Nicaragua risk losing work and income. The knock on effect is that they might end up ostracised by colleagues unwilling to be contaminated by association, thereby risking their own professional status, economic well being and social stability.

Nor does it make sense to try and pretend this is merely a matter of some isolated chilling effect with no implications beyond a few media outlets. Corporate political power in North America and Europe suffocates public life so completely that it is practically economic suicide and certainly a recipe for isolation for people engaged in almost any kind of reporting to defy the limits set by the two dominant varieties of political consensus. Neither the neoliberal fascism of right wing politicians like Donald Trump or Boris Johnson nor the neoliberal fascism of more social democrat politicians like Hillary Clinton or Angela Merkel tolerate dissent. Everything is subordinate to the marriage of corporate and political power and the imperatives that union engenders.

Stepping out from under the protection of the respective broad political mafia networks those flavors of fascism afford, guarantees economic hardship, social isolation and, in extreme cases like those of Julian Assange, Craig Murray and many others, criminal prosecution. This is so most obviously for media journalists and people working in Western NGOs or major international institutions headquartered in the West. But it is also true for research scientists, economists and other financial professionals, academics of all kinds, anyone engaged in reporting that one way or another affects corporate elite interests and the policies they favor, including their respective countries’ foreign policy. More than ever, the ethos is one of ultimatums “you’re either with us or against us” or, in its even more overt gangster version, “do what we want, or else…”

Thus, reporting is deliberately made subservient to very broad but generally unacknowledged political allegiance. In the United States, Democrat party aligned media like National Public Radio, the Public Broadcasting System, the New York Times, the Washington Post, CNN, MSNBC and the plethora of similar outlets, and more so their Republican aligned opposites, will never report the truth about Nicaragua or any other country resisting US and EU government wishes. Nor will their counterparts in Europe like the BBC, the Guardian, El País, Deutsche Welle, Le Monde, the Irish Times nor any other similar undeservedly prestigious European media outlet. The foreign affairs reporting of all such media consists generally of blatant pro-US propaganda.

The same is true of the reporting sources that feed these media. In the area of human rights, Amnesty International, the International Federation for Human Rights and Human Rights Watch, for example, undeniably skew their reporting to attack the targets of the US and the EU governments and correspondingly downplay abuses by US and EU allies. This is clear from any just comparison between these NGOs reporting on the violent guarimbas in Venezuela or on Nicaragua during the violent failed coup attempt of 2018 and their reporting on the repression of legitimate mass protest by the narco-terror authorities running Colombia.

What is extraordinary about the case of Nicaragua is how readily even self-styled anti-imperialist reporting outlets ape the aggressive coverage of their mainstream counterparts. The experience of writers supporting Nicaragua’s Sandinista government against US and EU government efforts at regime change has been salutary. No matter how carefully one presents the facts nor how thoroughly one references one’s arguments to authoritative sources, the general consensus among even a great many self-styled progressive media, in either English or Spanish, is to reject out of hand any effort at a true and fair view of events in Nicaragua. In effect, these self-styled anti-imperialist media outlets actively support the aggressive imperialism of the US government and its allies against Nicaragua.

One way to counter this culture of absurd falsehood is to publish first hand interviews with Nicaraguans at grass roots rendering personal accounts of their own experiences, lives and opinions. Such genuine testimony is readily verifiable, freely given and rooted in personal, daily reality. This material contrasts greatly with the kinds of false witness confected under subornment and duress so typical of accounts rendered in Nicaragua’s opposition aligned media and non profits virtually all of which are funded by the US government and its corporate owned non profits. This is so not just in the case of Nicaragua but also for Syria, Cuba, Venezuela, Iran, anywhere under economic, diplomatic and psychological warfare attack from the US and its allies

Most writers in solidarity with Nicaragua’s Sandinista Revolution write because we love Nicaragua and its people and completely reject efforts by the corporate owned US and EU governments to overthrow its very successful socialist government. No one pays us to write in defense of Nicaragua’s right to self-determination. We do so because US and allied attacks on Nicaragua are illegal and unjust. For that reason, because we are genuinely independent, no one is able to intimidate us with the implicit threat of unemployment and poverty. We write out of conviction based on diligent research and irrefutable testimony.

By contrast, most reporting on Nicaragua is by corporate owned media journalists, corporate funded NGOs and Western government financed institutional bureaucrats working under a ruthless system of intimidation and effective censorship. They never corroborate their reports with genuinely independent sources and they consistently omit facts contradicting their accounts. They permanently recycle false reports from Nicaragua’s opposition aligned NGOs and media, all financed directly or indirectly by the governments of the United States and the European Union. With complete cynicism, they describe these highly compromised sources as independent. Western reporting on Nicaragua confirms that North America and Europe have practically no genuinely independent media nor do they have a culture of freedom of expression.