Like most of his friends, Ammar Buthifi, 27, has spent the years since Tunisia kick-started the Arab Spring in much the same way as the years before: unemployed.

Five years on from the Tunisian uprising, the mass unemployment that fuelled those protests has, if anything, worsened, and fresh unrest is threatening stability in the country heralded as the Arab Spring success story.

Mr Buthifi’s father, a builder, gives him two or three dinars a day, if he’s lucky – less than £1. It is barely enough for the espresso and few cigarettes he has as he idles away his time in cafés with his friends. An estimated one in three young people across the country is unemployed, and there are no state unemployment benefits.

The only major employer in the governorate of Kasserine is an antiquated paper factory. Smack in the middle of the city, it belches toxic fumes across the town and pours thousands of litres of poisonous chemicals into the waterways that weave through the agricultural land. “We feel like nothing changed after the revolution. Actually, it became worse,” Mr Buthifi told The Independent on Sunday. 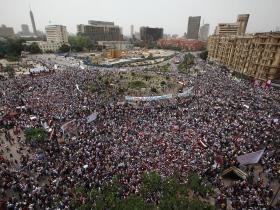 It was the self-immolation of one young man, Mohamed Bouazizi, that kicked off the first protests in December 2010 that led to the ousting of President Zine El Abidine Ben Ali and the introduction of a stable democracy. It was the death of another, Ridha Yahyaoui, that prompted fresh riots last week in Kasserine, after the youth climbed an electricity pylon to protest against being denied a government job, and was electrocuted.

From Kasserine, the protests soon spread to neighbouring regions, and eventually to poorer suburbs in the capital. On Friday, President Beji Caid Essebsi declared a nationwide curfew, and vowed to end the unrest. But on Saturday, a small crowd of protesters gathered once again at a government building in Kasserine to renew their demands. 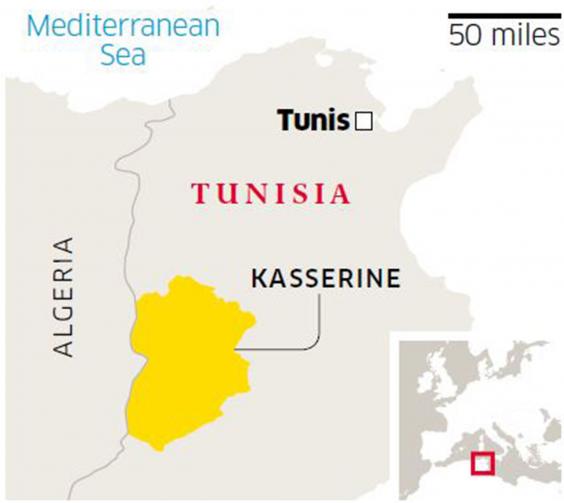 It’s a scenario that has played out in the country many times in recent years, most notably in the 2008 rebellion in the mining region of Gafsa. Unemployment nationally is around 15 per cent, and there are an estimated one in three recent graduates out of work. Last year’s terrorist attacks targeting tourists at the Bardo National Museum in Tunis and the beach resort of Sousse have destroyed the tourism industry, on which around 20 per cent of the population directly depended.

All this has fuelled protests that are an echo of the unrest of 2011. One major difference compared to early 2011, however, is that in post-revolutionary Tunisia, deadly force is no longer the norm. 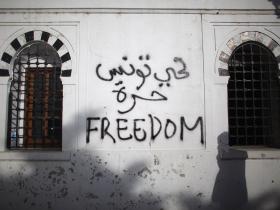 The Arab Spring began in hope, but ended in desolation

“The police are a bit nicer,” Mr Buthifi and his friends say, laughing. This time, it was rounds of tear gas rather than live bullets. Mr Buthifi joined the protests in his home town of Thala, some 50 kilometres (30 miles) north of Kasserine, as soon as he heard about the death of Mr Yahyaoui. He is frustrated over what he describes as everyday corruption by police and local officials, with people having to pay bribes for basic public services such as getting an ID card, or for a building permits. “We see people giving money to the police every day. It’s become normal,” he said. “The police still arrest and beat people randomly.”

Money set aside for public works projects here after the 2011 revolution quickly disappeared with few tangible results. Politicians promised new roads and hospitals, but few of the projects have so far come to fruition.

In the past two years, a new problem has emerged, as armed groups who had previously been in northern Mali established themselves in Mount Chaambi, the rugged mountain range that looms over Kasserine. The area has since become the site of a low-level insurgency, with the groups making regular appearances in the town of Kasserine to attack the police. Unrest across the border in Libya has also threatened to seep into Tunisia, with both of last year’s terrorist attacks claimed by Islamic State. Locals have become accustomed to the instability.

Woman who prompted Arab Spring says ‘I blame myself’

Saida Dhahri, a shopkeeper running a women’s clothing boutique, packed up her merchandise last week fearing looting, like many other small-business owners. She was back in business on Saturday, however, and said that, despite the chaos of recent days: “I support peaceful protests over lack of employment opportunities. “

The social turmoil is a challenge to the government of the Prime Minister, Habib Essid, which held an emergency meeting on Saturday morning, and to the newly emerging democracy. People here, however, aren’t holding their breath waiting for change.

Hamdi Nasri, 27, who graduated with a masters degree in physics two years ago, said that the only people in his class to have found employment were those with family connections. There are no recruitment programmes for the rest of the graduates, such as Mr Nasri.

“I just want to have basic rights, to have a family,” he said.

“All the politicans do is make empty promises.”