Twitter Erupts With Trump Erasure Of LGBTQ People From Census

Above Photo: From queerty.com

The Trump Administration’s attempt to completely erase the LGBTQ community rages on. First, the White House deleted the LGBT rights page from its official website. Then it axed the White House Office of AIDS Policy. Then it announced massive cuts to the HIV/AIDS research budget. Now, it wants to eliminate LGBTQ citizens from the 2020 census.

Every 10 years, the federal government conducts the U.S. Census to determine the number of people living in the country. They also record things like race and gender, employment and marital status, household income and education levels, and other information to help paint as accurate a picture as possible to then determine what resources it needs to spend where.

The move wasn’t just symbolic either. As Meghan Maury, Criminal and Economic Justice Project Director of the National LGBTQ Task Force, explained in a statement released on Tuesday:

Information from these surveys helps the government to enforce federal laws like the Violence Against Women Act and the Fair Housing Act and to determine how to allocate resources like housing supports and food stamps. If the government doesn’t know how many LGBTQ people live in a community, how can it do its job to ensure we’re getting fair and adequate access to the rights, protections and services we need?

The HRC wasn’t having it either. On Tuesday night, the organization tweeted:

Pretty soon the hashtag #CantEraseUs began trending, with folks all across the country tweeting @realDonaldTrump that, try as he might, his Administration was not going to purge LGBTQ people’s existence from the records.

Check out some of the tweets… 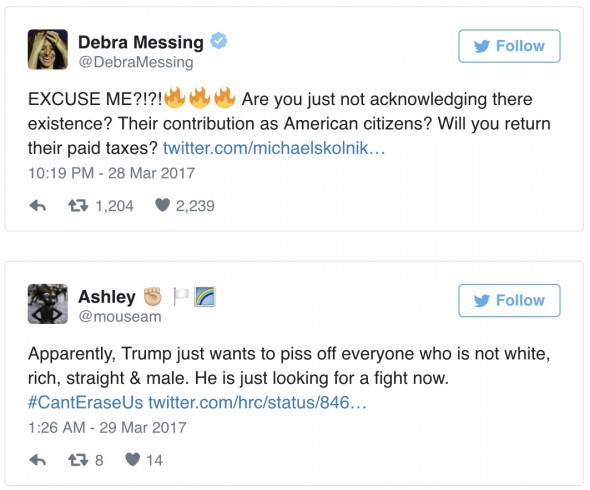 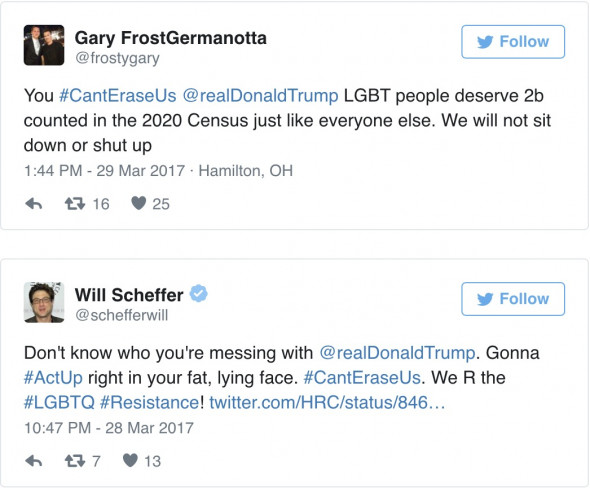 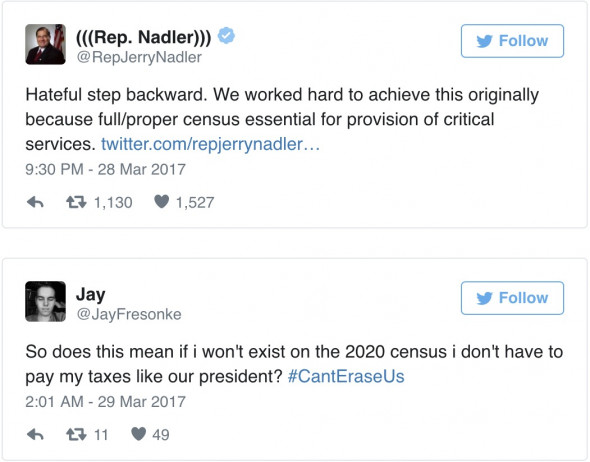 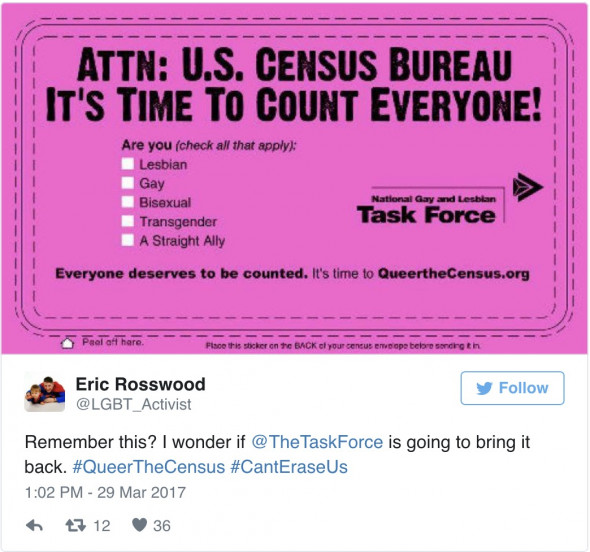 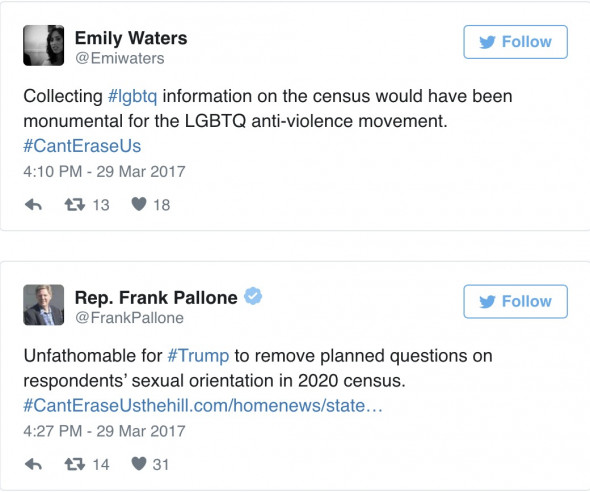 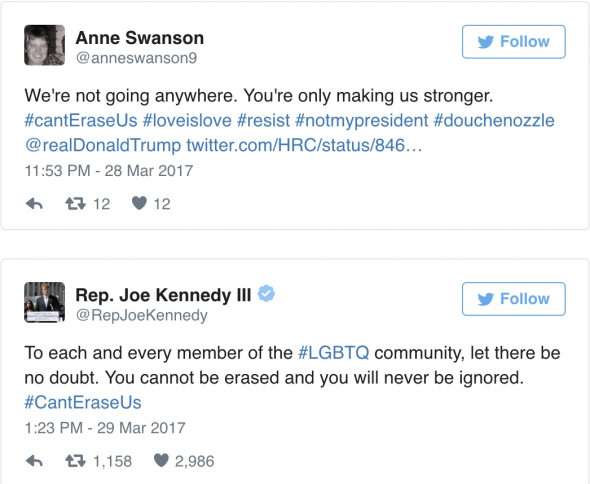