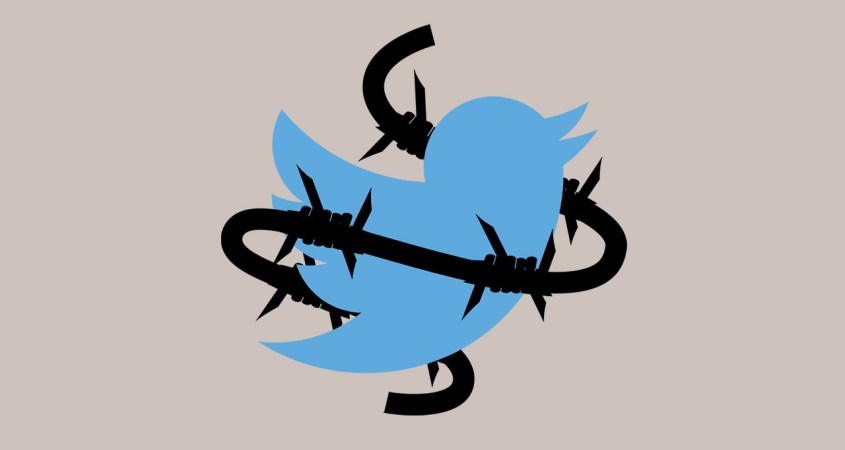 Twitter is relying on organizations funded by the US government and European allies, such as right-wing lobby group Freedom House, to crack down on foreign state media and suspend accounts that challenge Washington’s narratives.

Twitter has continued to demonstrate how Big Tech corporations in Silicon Valley operate as arms of the American national security state.

On August 19, the social media giant announced that is relying on numerous organizations funded by the US government and European allies to help it police foreign state media on its platform.

Among the Twitter allies is Freedom House, a notorious right-wing lobby group almost entirely bankrolled by Washington that is heavily invested in regime-change operations against foreign adversaries.

In announcing new changes to its advertising policies, Twitter reflected the relationship with the US national security state: “Going forward, we will not accept advertising from state-controlled news media entities,” the tech company said.

The social media platform explained that the decision was made to “protect healthy discourse and open conversation.” But there are crucial exceptions to the ban — exceptions that just so happen to target Official Enemies of the US government, while shielding Washington’s allies.

Twitter added an important qualifier to its public announcement: “This policy will not apply to taxpayer-funded entities, including independent public broadcasters.”

That was a clear indication that state-backed media channels funded by the US and European governments, such as the United States’ NPR, Britain’s BBC, or Germany’s DW, will be excluded from the advertising ban.

Russia-backed media outlets, such as RT and Sputnik News; China-backed media, like the Global Times and Xinhua; and Iran-backed media, including Press TV and Hispan TV, are also “taxpayer-funded entities,” to use Twitter’s language. But the social media company is not excluding these networks from its new policy.

In other words, the Big Tech corporation has effectively announced a ban on media outlets backed by states that are enemies of the US government, without quite saying it.

Twitter cracking down on US government adversaries China, Venezuela, and Iran

This announcement came while Twitter was intensifying its censorship of foreign governments that are targeted by the United States for regime change.

This is not the first time Twitter has targeted Venezuela. The Big Tech corporation has on several occasions suspended and un-verified hundreds of accounts run by Venezuela’s internationally recognized government, including numerous state bodies.

At the same time, Twitter has verified the accounts of US-backed coup leaders and their fictitious state bodies and phony ambassadors, even though none of these figures has been recognized by the United Nations, they do not control any real institutions, and they have no institutional power inside Venezuela.

Twitter carries out regular purges against other Official Enemies of the US government as well, such as Iran.

In these purges of alleged “government-linked” accounts, the social media giant frequently censors individual journalists, activists, and communicators who have no actual links to their states, but simply support these governments and tweet information that contradicts Western corporate media narratives.

In August 2018, The Grayzone spoke with a censored Iranian student journalist whose popular Twitter account was suspended in one of these purges.

In fact, the day Twitter announced its new ban on state media advertisements, this August 19, it also carried out a massive purge of hundreds of accounts that it claimed were part of a Chinese “state-backed information operation focused on the situation in Hong Kong.”

Among the accounts deleted were average people who say they have no links whatsoever to the Chinese government, but simply opposed US government-backed violent insurgents wreaking havoc in Hong Kong.

Even a 24-year-old Croatian student in London who was carrying out anti-China and anti-Russia research had his account suspended in this crackdown on a supposed “Chinese state-backed operation.” His case was highlighted by a highly sympathetic BBC(which will not be affected by Twitter’s new state media ban).

When one looks at the sources Twitter is relying on to make these decisions to crack down on foreign media outlets, it is unsurprising that the policy serves the interests of the US government.

This is because the social media company stated openly in its public announcement that its policy “has been informed by” numerous groups that are funded by Washington and its European allies.

Twitter disclosed six organizations that it is relying on to develop its blacklist of foreign state media outlets.

Most of these groups claim to be “non-governmental organizations” (NGOs), but in fact receive substantial financing from Western governments, which have a vested interest in the work the “NGOs” produce.

Freedom House, a ‘virtual propaganda arm of the government and international right wing’

Most striking among the organizations Twitter is relying on is Freedom House, a notorious right-wing lobby group that is funded to the hilt by the US government, and that has actively fueled numerous Washington-backed regime-change campaigns, from Venezuela to Nicaragua, from Ukraine to Syria.

For years the organization has shown a consistent bias in favor of US-backed dictatorships, whitewashing authoritarian regimes in Latin America, Eastern Europe, and the Middle East that happen to be Washington’s allies, while portraying America’s Official Enemies — especially independent socialist governments — as maleficent “totalitarian” regimes.

In their book Manufacturing Consent: The Political Economy of the Mass Media, Chomsky and co-author Edward S. Herman detailed how Freedom House praised British-colonized apartheid-era Rhodesia while demonizing its independent post-colonial government, and how it sung the praises of right-wing US-backed forces in El Salvador as noble democrats while condemning Nicaragua’s leftist government as a bloody dictatorship.

Chomsky and Herman wrote that Freedom House “has expended substantial resources in criticizing the media for insufficient sympathy with U.S. foreign-policy ventures and excessively harsh criticism of U.S. client states.”

On its website, Freedom House discloses that its “Primary funding for Freedom House’s programs comes in the form of grants from USAID and U.S. State Department, as well as from other democratic governments—Canada, the EU, the Netherlands, Norway, and Sweden—and from private foundations, including the John D. and Catherine T. MacArthur Foundation and the Ford Foundation.”

At the United Nations, Cuba has even accused Freedom House of being linked to the CIA and working with US-backed right-wing terrorist groups. (The US government responded claiming this is “simply not true,” stressing that Freedom House is funded by the United States Agency for International Development, or USAID — although this group has longstanding links to the CIA.)

This is not the only US government-funded group Twitter is relying on for its foreign state media blacklist.

The Big Tech corporation also named Reporters Without Borders (RSF) as an ally. RSF is funded and supported by numerous Western governments and governmental bodies, including the US government’s right-wing regime-change arm the National Endowment for Democracy; the Council of Europe; the French Development Agency; the French defense, foreign, interior, and culture ministries; the Swedish International Development Agency; and the longtime US government-linked Ford Foundation.

Reporters Without Borders has for years also been criticized for its bias against governments that are targeted by the US and Europe for regime change. RSF has shown a particularly extreme prejudice against Venezuela, portraying oligarch-owned right-wing media outlets and US-funded opposition groups that have actively participated in numerous violent coup attempts against the democratically elected socialist government as hapless victims of an autocratic regime.

Another ally named by Twitter, the European Journalism Centre, lists on its website “global partners” including the European Commission; the Netherlands’ Ministry of Foreign Affairs and Ministry of Education, Culture, and Science; and the Google News Initiative.

The Committee to Protect Journalists (CPJ) and the Economist Intelligence Unit (EIU) are the only organizations Twitter is relying on that are not funded by Western governments.

What this list of allied organizations clearly demonstrates is that, to Twitter, organizations funded by the United States and European governments are somehow immune from bias and “protect healthy discourse and open conversation” in a way non-Western government-backed organizations never could.

To Silicon Valley tech giants, the American and European governments and media outlets and organizations they fund are apparently superior to state media outlets backed by China, Russia, Iran, Venezuela, or other non-Western countries.

Twitter’s ban on advertising by state media outlets follows a years-long campaign by anti-Russia hawks in Washington to censor the Moscow-funded network RT. This initiative has expanded into a wider crackdown on Iranian, Chinese, and Venezuelan state media channels.

The constantly expanding crackdown has also led to censorship of independent alternative media outlets, both inside and outside of the United States, targeting outlets that are not linked to any states, but simply diverge from the semi-official Washington line.

This is only the latest development in a global information war spun out by the US national security state and its cut-outs. As the neoconservative apparatchick Jamie Fly warned, “we are just starting to push back… this is just the beginning.”