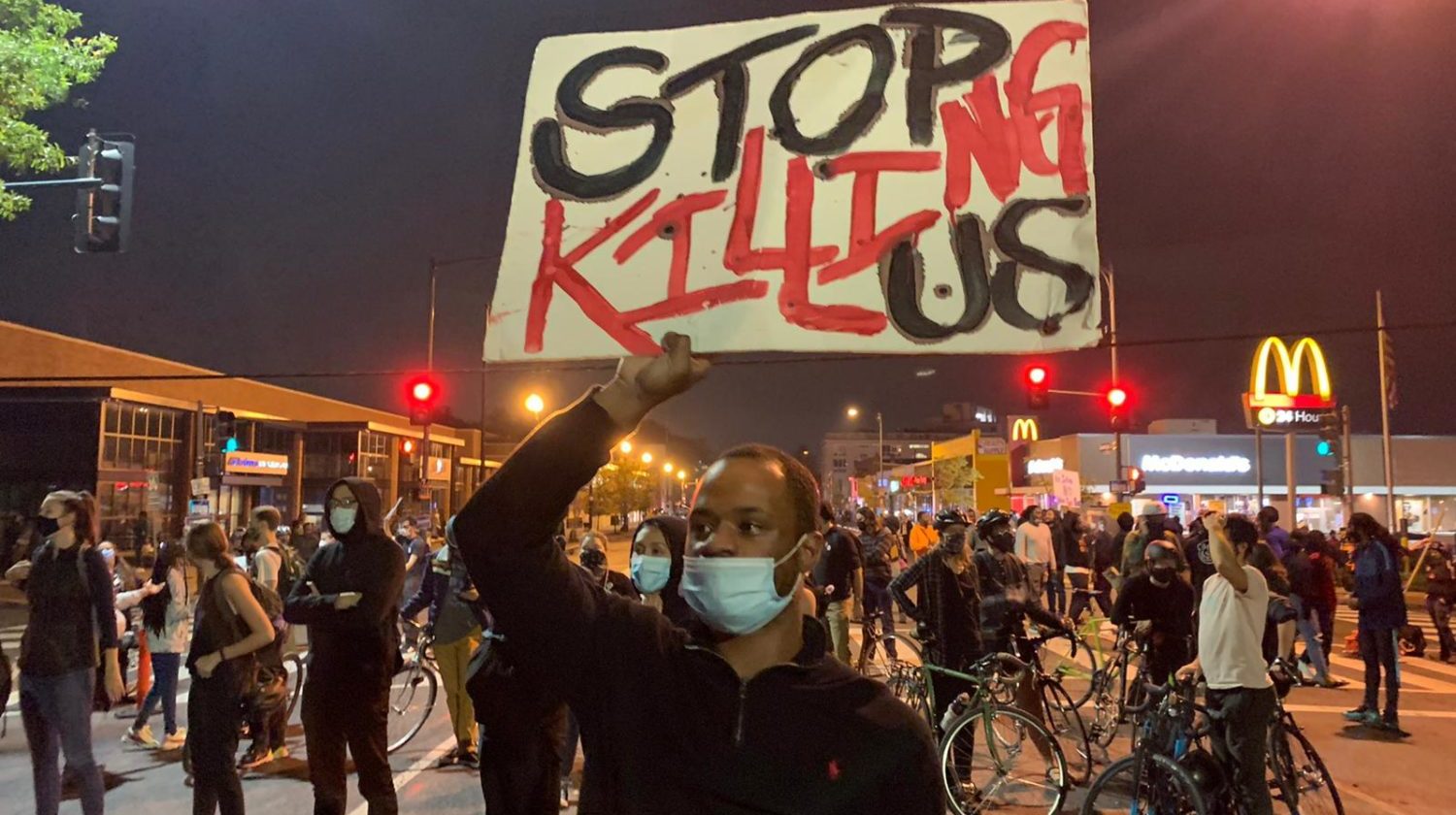 Above photo: Protesters march across the city after leaving the Fourth District police station following a vigil for Karon Hylton-Brown. Tyrone Turner / DCist/WAMU.

Washington, DC – After months of fighting for justice in the police murder of Karon Hylton-Brown, the U.S. Attorney’s Office for D.C. announced the indictment of Terence Sutton for second-degree murder, one of the DC Police officers involved with this gross negligence of their duties and complete disregard for this young man’s life. He was also indicted with federal charges of conspiracy and obstruction of justice, along with his supervisor Andrew Zabavsky.

We stand in solidarity and full support of Karon Hylton-Brown’s family as they continue their fight for justice and accountability for all. Since his death on October 23rd, 2020, organizations, volunteers and supporters of his family have pushed for an investigation into his death. Not only demanding MPD exercise their due diligence as required by law to investigate, but to hold the officers accountable for their behaviors that caused his death. With this indictment, it is one necessary step towards fulfilling the demand from Karon’s family to uphold the law and hold individuals accountable– even if it is law enforcement.

Given the recent history of this country‘s response to the deadly actions of police forces towards Black people, we cannot say this was expected. We are quickly reminded of the growing list of Black people unfairly targeted because of white supremacy. DC Police have well documented cases that show violations, even within their own No Chase policy. Ralphael Briscoe, Terrence Sterling, Jeffrey Price, An’Twan Gilmore, all have in common these instances of state violence committed by the very individuals their mothers were told would protect them. A lie that continues to be told to Black mothers today.

As Black people, we must grapple with the realities of a system that was never made to keep us safe. A charge doesn’t equal a conviction, and the rare prosecution of individual cops does nothing to stop the regular system of police violence in our communities. There is no “good cop” vs. “bad cop” when the whole batch is spoiled, and reinforcing the prison industrial complex only brings more pain and suffering for Black people, not justice. These are hard truths we must reckon with as a community.

With the latest stop data report released by DC Police for the first six months of 2021, Black people make up 86.2% of pedestrian stops and 67.7% of traffic stops. These numbers are alarming and given the steady rise presented even in this previous years data, further supports our statements of clear racial bias and prejudice taking place to target Blacks in the community. This is yet another problem within the MPD that still needs to be thoroughly and swiftly addressed.

Our demands have and will continue to be this: divest from policing, invest in Black communities, and liberation for all Black people in our communities. As we continue to fight for the abolition of oppressive systems, BLM DC will stay focused on the critical need for accountability and justice for the victims of police brutality and all forms of state violence. Our goals will remain focused on reallocating police budgets towards community-based budgets that prevent the killing of more Black men like Karon Hylton-Brown where accused officers are placed on paid leave with our tax dollars while they are under an active investigation in their behaviors. It is unacceptable. Our fight continues.