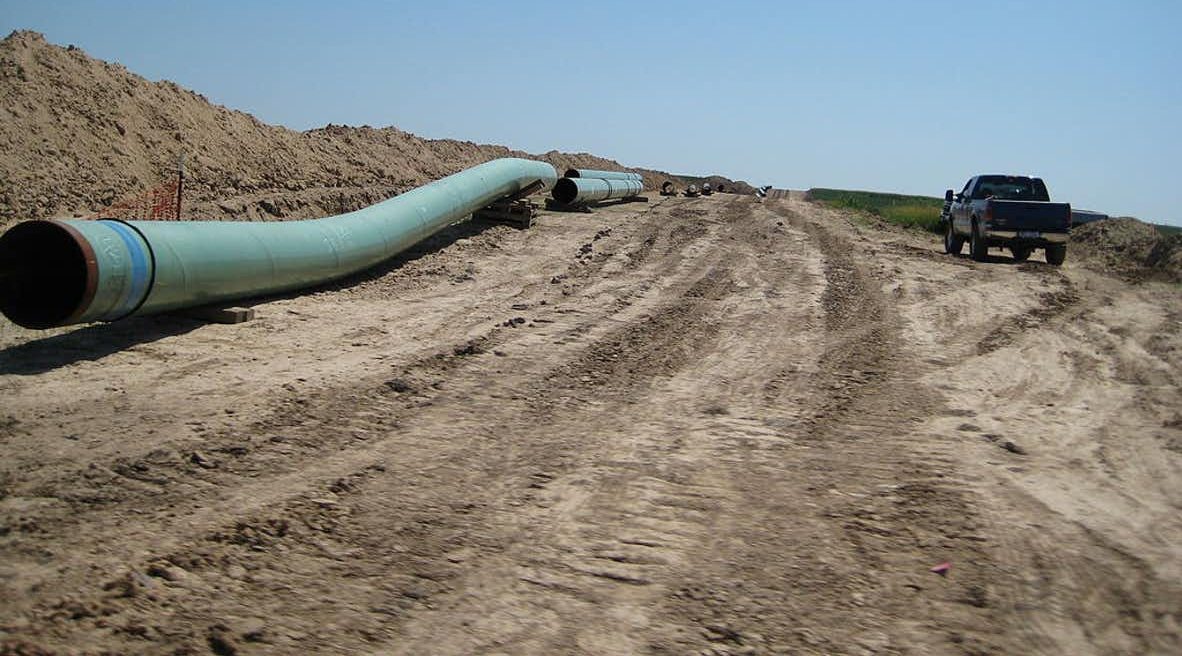 As many Trump supporters who stormed the nation’s Capitol appear poised to evade punishment, two young Native Americans from the Cheyenne River Sioux Tribe in South Dakota have been arrested and charged for peacefully protesting construction of the Keystone XL oil pipeline (KXL).

Jasilyn Charger (24) and Oscar High Elk (30) were booked by law enforcement after independent protest actions. The two are among a group of tribal members who have formed a resistance encampment on their reservation, near where the long-disputed pipeline would pass, should it be completed.

“At a time when white rioters are being let off the hook after raiding the nation’s Capitol and driving legislators into hiding, Native Americans and other people of color are still being dealt harsh criminal charges for nonviolent acts of civil disobedience,” said Chase Iron Eyes, lead counsel for the Lakota People’s Law Project, a nonprofit organization helping with the legal defense of one of the activists.

The pipeline has seen its share of political wrangling and legal entanglements, in the Dakotas and at the highest levels of government. Indigenous communities have resisted its construction since 2012, highlighting the threat posed by the tar sands pipeline to the Ogallala Aquifer and the risks that “mancamps” — temporary housing for oil workers — present to Native women and girls. President Barack Obama terminated the project in 2015, citing climate change and the fact that the Canadian pipeline would do little to benefit Americans economically.

But in his first days in office, Trump used an executive order to reverse Obama’s decision on KXL and another pipeline project, Dakota Access (DAPL). KXL’s intended path would pass through the heart of Lakota treaty lands — just as DAPL does, 100 miles to the north of Cheyenne River, adjacent to the Standing Rock Nation. In 2016 and 2017, DAPL spawned protests ten of thousands strong, capturing worldwide attention.

Representatives for president-elect Joe Biden said during his campaign that he’d rescind KXL’s permit, should he be elected. Despite Biden’s pledge to halt construction, the pipeline company — TC Energy from Canada — continues to build both mancamps and pump stations at a rapid rate.

In May of 2020, a federal judge in Montana, citing the Endangered Species Act, halted construction of KXL across domestic waterways, and in July the Supreme Court upheld the judge’s order with respect to KXL. Furthermore, in December a Nebraska a judge halted all additional eminent domain orders within the state in connection to KXL, citing Biden’s pledge to cease construction.

Ms. Charger locked herself to a pump station on November 21, and she was arraigned Wednesday for a class 1 misdemeanor of trespassing. Mr. High Elk was arrested Wednesday on 12 counts, including felony aggravated assault and felony aggravated eluding. High Elk, who committed no acts of violence prior to his arrest, could face up to 23 years in prison, if convicted. The state’s attorney in his case is Ralph Kemnik from Haakon County, South Dakota.

“This is on my people’s land, and I have the right to protect it for my future generations,” Charger said. “Our people will not be bullied, and we’re not criminals for protecting our water. What they forget to realize is that we have been occupying and living on this land for generations. And this just goes to show that we need to keep showing up as a people. We need to keep up the resistance.”

The Lakota People’s Law Project has helped secure counsel to represent Charger, who is with BSK Youth Camp and 7th Defender’s Project. Her next court appearance is on March 3 in Phillip, South Dakota. High Elk, with Roots Camp and and 2KC Media, is out on $10,000 bail and awaiting arraignment now in Haakon County. His next court date is February 3.