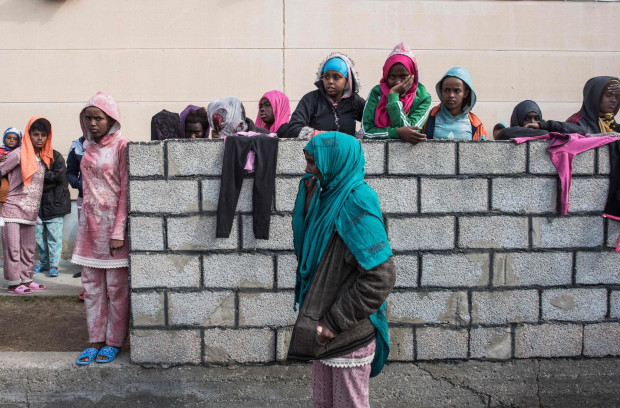 Chicago, IL – The corporate media has only now begun reporting the atrocities committed against black Libyans and African migrant workers by racist CIA-backed proxy forces since they ravaged the country and overthrew the Libyan government in a 2011. CNN reports that African migrants are currently being sold for as little as $400 each to perform excruciating labor. The racist proxy forces engaged in the slave trade would not exist without NATO.

One of the CIA-trained proxy forces was called “The Brigade for purging slaves and black skin”- which sought to ethnically cleanse the Tawurgha area, was supported by NATO strikes from the air and on the ground by U.S. Special Forces. Tawergha was mostly inhabited by black Libyans, due to its 19-century origins as a transit town in the slave trade.

There was horrific video footage showing public lynchings of black soldiers from the Libyan army, migrant workers from other African countries, and any darker skinned Libyan civilians.

The myth of black mercenaries fighting to protect Libya from foreign occupiers was spread by NATO spokesperson Oana Lungescu, British Defense Minister Liam Fox, and other Western leaders. This myth was useful to claim that the NATO invasion and occupation of Libya was actually a war “between Gaddafi and the Libyan people”, as if he had no domestic support at all – a colossal fabrication.

What did Gaddafi really do for Libyans, and African people as a whole? He openly challenged AFRICOM’s intent to establish U.S. military bases in Africa, and often backed national liberation movements, including that against Apartheid South Africa as a close ally of Mandela. He oversaw a range of projects intended to lessen African dependency on the West, and challenge the legacy of Western colonialism. By challenging Western military and economic domination over the whole of Africa, he was a rival to U.S. interests in real terms. U.S. companies such as ConocoPhillips, Marathon and Hess Energy have already profited from new oil contracts in Libya.

What does it mean when the West slanders an African head of state who promotes African economic independence, funds public housing and subsidizes incomes? It means that he is progressive. Western imperialism is trying to impose a dictatorship of capital on Africa. It must be stopped.