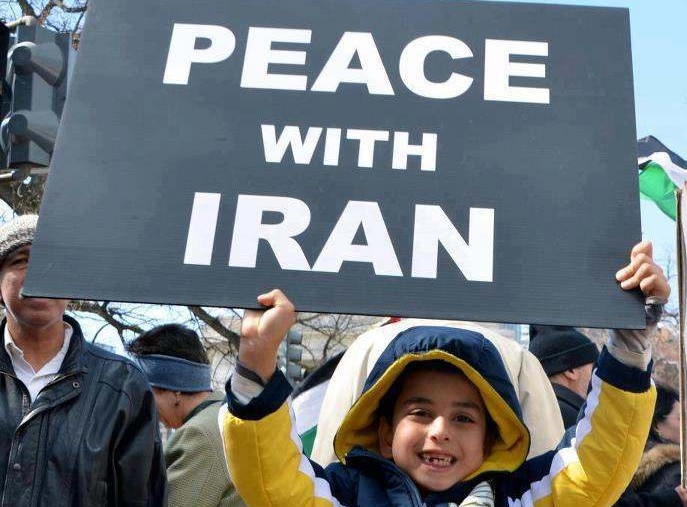 Note: The United States has been seeking to replace the Iranian government since it took power after the 1979 Iranian Revolution. It is hard to see this new campaign of speeches and tweets being very effective. The Iranian government expects US regime change efforts and is prepared for these attacks. We have covered US efforts in previous articles.

The Regime Change Toolbox Of The United States

In Face Of US Threats, Iranians Remain Calm And Confident In Their Strength

Iran & Sanctions: A Prelude To War?

State Department Spent Over $1m In Iran To Exploit Unrest

Iran: “Their efforts will fail again”

The Trump administration has launched an offensive of speeches and online communications meant to foment unrest and help pressure Iran to end its nuclear program and its support of militant groups, U.S. officials familiar with the matter said.

More than half a dozen current and former officials said the campaign, supported by Secretary of State Mike Pompeo and national security adviser John Bolton, is meant to work in concert with U.S. President Donald Trump’s push to economically throttle Iran by re-imposing tough sanctions. The drive has intensified since Trump withdrew on May 8 from a 2015 seven-nation deal to stop Iran from developing nuclear weapons.

The current and former officials said the campaign paints Iranian leaders in a harsh light, at times using information that is exaggerated or contradicts other official pronouncements, including comments by previous administrations.

A senior Iranian official dismissed the campaign, saying the United States had sought in vain to undermine the government since the 1979 Islamic Revolution. He spoke on condition of anonymity.

“Their efforts will fail again,” the official said.

A review of the State Department’s Farsi-language Twitter account and its ShareAmerica website – which describes itself as a platform to spark debate on democracy and other issues – shows a number of posts critical of Tehran over the last month.

Iran is the subject of four of the top five items on the website’s “Countering Violent Extremism” section. They include headlines such as “This Iranian airline helps spread violence and terror.”

In social media posts and speeches, Pompeo himself also appeals directly to Iranians, the Iranian diaspora and a global audience.

On June 21, Pompeo tweeted out graphics headlined: “Protests in Iran are growing,” “Iranian people deserve respect for their human rights,” and “Iran’s revolutionary guard gets rich while Iranian families struggle.” The tweets were translated into Farsi and posted on the ShareAmerica website.

On Sunday, Pompeo will give a speech titled “Supporting Iranian Voices” in California and meet Iranian Americans, many of whom fled the Islamic Revolution that toppled Shah Mohammad Reza Pahlavi.

“Let me be clear, we are not seeking regime change. We are seeking changes in the Iranian government’s behavior,” a State Department official said in response to questions from Reuters.

“We know we are driving Iran to make some hard choices. Either they can change their ways or find it increasingly difficult to engage in their malign activities,” said the official, speaking on condition of anonymity. “And we believe we are offering a very positive vision for what we could achieve and what the Iranian people could have.”

Some of the information the administration has disseminated is incomplete or distorted, the current and former officials said.

In a May 21 speech in Washington, Pompeo said Iranian leaders refused to spend on their people funds freed by the nuclear weapons deal, using it instead for proxy wars and corruption.

While opponents accuse the Iran-backed Iraqi militias of human rights abuses against civilians, which the groups deny, the militias fought Islamic State extremists and helped keep them from overrunning Iraq in 2014 after Iraq’s army collapsed. They then aided the U.S.-backed offensives that liberated ISIS-held territory and some units are being incorporated into Iraqi security forces.

The State Department official acknowledged that the militias, known as the Popular Mobilization Forces, are by law part of Iraq’s security forces and played a role in countering Islamic State in 2014.

We understand, however, that some of the undisciplined PMF are especially close to Iran, responsive to Iran’s directives, and have a history of criminal activity and terrorism,” the official said. “Those groups are as problematic for the Iraqi state as they are for us.”

Experts said the administration also is exaggerating the closeness of the relationship between Iran and Afghanistan’s Taliban militants and al Qaeda by calling them co-conspirators.

The State Department did not respond to requests for comment about the accuracy of the information it was disseminating.

It is too early to determine the impact of the administration’s communications campaign, U.S. officials said.

Karim Sadjadpour, an Iran expert at the Carnegie Endowment for International Peace think tank, said the strategy to economically strangle Iran and stoke public discontent with the leadership aimed to produce one of two outcomes.

“Outcome one is capitulation, forcing Iran to further curtail not only its nuclear program but also its regional ambitions,” Sadjadpour said. “Outcome two is the implosion of the Islamic Republic.”

But some U.S. officials and other experts cautioned that by fueling turmoil in Iran, the U.S. administration could foster greater authoritarian rule and a more aggressive foreign policy, raising the threat of a U.S.-Iran confrontation.

Washington has long called Iran the world’s leading “state sponsor of terrorism” because Tehran arms and funds proxy militant groups like Lebanese Hezbollah. Iranian leaders urge the destruction of the United States and Israel, and Iranian proxies have killed hundreds of U.S. soldiers and diplomats since the Islamic Revolution.

That record provided previous administrations with ample material for waging their own public relations campaigns against Tehran, including trying to communicate directly with the Iranian people.

President George W. Bush’s administration established Radio Farda, a U.S.-funded broadcaster that beams into Iran what it says is “objective and accurate news and information to counter state censorship and ideology-based media coverage.” The Obama administration launched a Farsi Twitter account – @USAdarFarsi – in 2011.