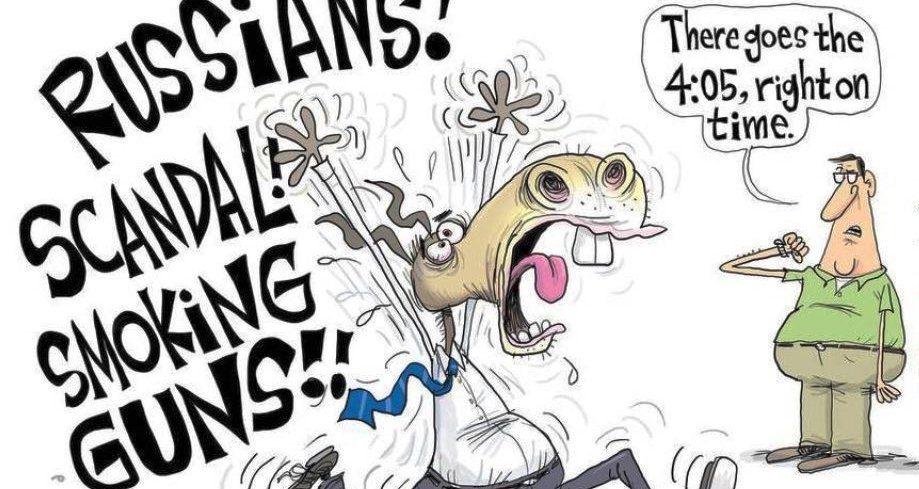 UK And US PSYOP Collusion

Now Black Americans are slandered as “dupes” of Moscow.

For more than two years the corporate media, elite think tanks, NATO leaders, and most Democratic Party politicians have insisted that Russia interferes in American and European elections. The charge doesn’t withstand scrutiny but the lies are repeated. There is proof that surveillance state meddling in the affairs of democratic nations is real, but Russia isn’t the culprit. It is the United Kingdom and the United States who lead in skullduggery and meddling with the rights they claim to uphold.

Thanks to the Anonymous hacker community the work of the Integrity Initiative  has been exposed to the public. The Integrity Initiative is a British “charity” founded in 2015. Its mission is to “bring to the attention of politicians, policy-makers, opinion leaders and other interested parties the threat posed by Russia to democratic institutions in the United Kingdom, across Europe and North America.” That mission is suspect in and of itself, a phony trope meant to cover up its own imperialist wrong doing. The Integrity Initiative is an arm of the British government and has received more than $2 million in funding from the British Foreign Office and Defense department. It has also raised money from NATO, Facebook and rightwing foundations.

“The United Kingdom and the United States who lead in skullduggery and meddling with the rights they claim to uphold.”

The Integrity Initiative is a means of undermining the sovereignty of the British people by manipulating them with lies. It engaged in numerous efforts to libel Labour Party leader Jeremy Corbyn and prevent him from ever being elected prime minister. Corbyn has been accused of Soviet era espionage, anti-Semitism and anything else his enemies choose to use against him. Academics and writers who spoke out against UK involvement in attacks on Syria were likewise targeted by The Timesand other influential British media. The reporters involved were part of this Integrity Initiative campaign. The attacks are consistent and are obviously coordinated at a very high level.

Integrity Initiative director Christopher Donnelly  is a former member of the British Army Intelligence Corps. He also helped to create the U.S. Army’s Foreign Military Studies Office at Fort Leavenworth, and served as an advisor to several Secretaries General at NATO. After the NATO instigated coup against the elected Ukrainian government Donnelly recommended placing mines in the Sevastopol harbor, an obvious provocation.

“The Integrity Initiative is a means of undermining the sovereignty of the British people by manipulating them with lies.”

When Integrity Initiative isn’t planning to start wars it plots to interfere in the affairs of other countries through orchestrated “clusters” of journalists and academics. The Spanish cluster  quashed the appointment of a new defense secretary through the use of a coordinated social media campaign. They were also involved in subverting the Catalan independence vote.

Clusters are operating not just in the UK and Spain but in France, Germany, Greece, Italy, Montenegro, Netherlands, Norway and Lithuania. After Julian Assange revealed the extent of interference in Spain the cluster targeted the Ecuadorean government to end his asylum.

There is evidence that the Integrity Initiative sent an operative into the Bernie Sanders 2016 campaign for the Democratic Party presidential nomination. An Englishman named Simon Bracey-Lane  got much media attention for volunteering in the Sanders Iowa caucus campaign. Bracey-Lane is now a research fellow at the Institute for Statecraft, the Integrity Initiative’s parent company. There was foreign meddling in the 2016 election but it came from British spooks like Christopher Steele and undercover operatives, not Russian agents.

“Clusters are operating not just in the UK and Spain but in France, Germany, Greece, Italy, Montenegro, Netherlands, Norway and Lithuania.”

These miracles occur when Wikileaks or Anonymous steal secrets the powerful want to keep hidden. Americans wouldn’t know about the existence of the FBI Counter Intelligence Program if a group of activists hadn’t stolen the documentary evidence. That is why the leakers and the hackers deserve support from anyone who wants to live in a truly democratic society.

“Americans wouldn’t know about the existence of the FBI Counter Intelligence Program if a group of activists hadn’t stolen the documentary evidence.”

While British spies operate covertly, their American counterparts work in the open as they make a profit off of their disinformation campaigns. The story of a Russian troll farm swaying Americans to vote for Donald Trump was relegated to old news but it was resurrected by a Silicon Valley surveillance state operation.

New Knowledge  is a tech firm created with venture capital cash and founders who are former operatives from the National Security Agency, U.S. military, and State Department. New Knowledge was hired by the Senate Intelligence Committee and tasked with finding out the extent of supposed Russian influence on social media.

As expected, they produced a report claiming not only that the Russians meddled in the election but that African Americans were the most targeted group . This is a rehash of the discredited story that click bait  ad selling schemes amounted to espionage. It also confuses with claims of millions of online interactions  that are a drop in the bucket in comparison with American political sites.

“Phony concern for black people is the last refuge of many scoundrels.”

Of course phony concern for black people is the last refuge of many scoundrels.Now that there has been no evidence presented of Russian government collusion with Donald Trump, the rehashing will be more frequent. The Democratic Party and the corporate media cannot let this story die. They depend upon it and they must keep covering up their own lies. Russiagate is the gift that keeps on giving.

Hillary Clinton, the Democratic National Committee and their establishment supporters are responsible for the Donald Trump presidency. They were more concerned with covering up her scandals, attracting Republican voters and raising corporate money than they were about getting out the black vote that they always rely upon for victory. Despite raising more than $1 billion they presided over one of the worst debacles in American political history. Any outrage about the Trump presidency must be pointed in their direction.

No one should fear terms like conspiracy theory when there are proven conspiracies operating at the highest levels of government and media. There are no coincidences when certain people suddenly come under attack. There is every reason to be paranoid because collusion is quite real. But thestories we’re told about it are the most fake news of all.

Margaret Kimberley’s Freedom Rider column appears weekly in BAR, and is widely reprinted elsewhere. She maintains a frequently updated blog as well at http://freedomrider.blogspot.com . Ms. Kimberley lives in New York City, and can be reached via e-Mail at Margaret.Kimberley(at)BlackAgendaReport.com.