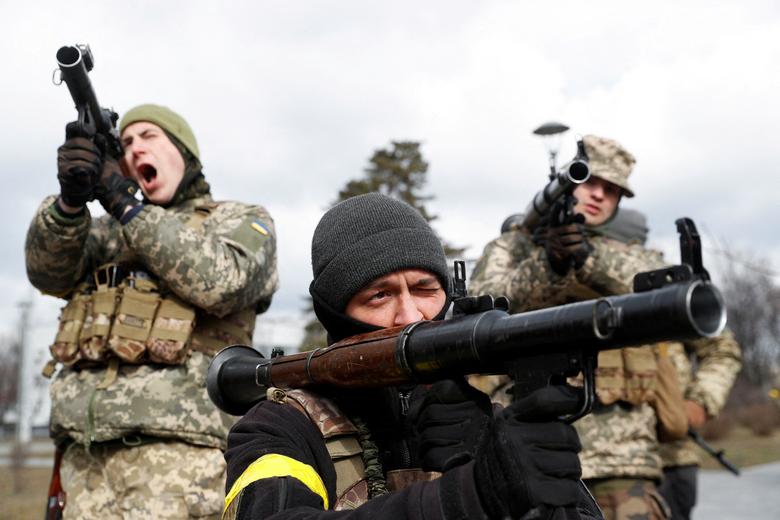 Over the last month I had come to the conclusion that the Ukraine is losing about 500 men per day due to intense Russian artillery fire. That number may have been too low.

I had mentioned high Ukrainian casualty rates due to Russian artillery fire on April 25:

The nearly 1,000 artillery missions in the last 24 hours and on the days before speak of intense preparations for upcoming attacks by Russian mechanized forces. Over all artillery will do the most damage to the Ukrainian troops.

In World War II and other modern mechanized wars some 65% of all casualties were caused by artillery strikes. The recent rate on the Ukrainian side will likely be higher.

I revisited that on May 5:

The Russian military forces are grinding down Ukrainian ground forces by extensive use of heavy artillery. The Ukrainian artillery has been destroyed or lacks ammunition. The Ukrainian forces have orders to stay in their position and to hold the line. That only makes sure that Russian artillery strikes will destroy them.

The order was given because the ‘west’ has pushed the Ukrainian president to not make peace with Russia. The consequence will be the assured destruction of the Ukrainian military.

The Ukraine is losing up to 15,000 men per month to the war. The total Ukrainian casualties, dead and wounded, are likely already at 50,000.

losing about 500 men per day

In a recent interview with Newsmax the Ukrainian comedian and president Volodimir Zelenski mentioned casualty numbers:

“The most difficult situation is in the east of Ukraine and southern Donetsk and Luhansk.

“The situation is very difficult; we’re losing 60-100 soldiers per day as killed in action and something around 500 people as wounded in action. So we are holding our defensive perimeters.”

That sums up to 600 casualties per day which is about 18,000 per month which is even higher than my earlier estimates. However Zelenski has interest in lowballing the real number.

As Ivan Katchanowski from the University of Ottawa points out, the numbers Zelenski gives relate to only one region and only to a specific category of people:

The real numbers for the dead and wounded on the Ukrainian side may well be double the numbers Zelenski mentioned.

There are at least five different groups of security forces in Ukraine. The normal uniformed police and the SBU which is a secret internal police and political enforcer power derived from the former KGB. The regular military forces includes the army, navy and airforce. The National Guard is different in that it was established under the Ministry for the Interior from fascist militant groups like the Azov, Aidar, Dnepr-1 and 2, C-14 and other battalions. These are actively fighting but not soldiers in any real sense.

Then there are the really screwed ones, the Territorial Defense Force:

It is formed by a core of part-time reservists, usually former combat veterans, and in cases of war can be expanded to local civilian volunteers for local defense, in a case of mass mobilization. That core is expected to lead the mobilized volunteers.

Other details of interest:

On 25 May 2021, President Volodymyr Zelensky introduced a law to the Verkhovna Rada (Ukraine’s national parliament) “on the basis of national resistance” […] The old Territorial Defence units would be now organized under the new Territorial Defense Forces as a standalone branch of the Armed Forces. Veterans of the Donbas War from the Armed Forces of Ukraine, National Guard of Ukraine and other paramilitary forces involved in the conflict would provide a backbone to train and lead the mobilized volunteers. […] The creation of the branch coincided with the Russian military build-up which had been ongoing since 2021.

In February, when the Ukraine government ordered a general mobilization, many people ‘voluntarily’ entered the Territorial Defense forces to avoid being drafted into the real military. The Territorial Defense battalions were responsible for local defense in their area of the country. People who ‘volunteered’ for them hoped to stay in their home area instead of being send to the battle front.

However in early May the Ukrainian parliament adopted a law “On the Fundamentals of National Resistance” (machine translation):

will be withdrawn from the Armed Forces and receive separate funding.

The Territorial Defense Forces are no longer part of the military. Are their members still ‘soldiers’ or are they ‘volunteers’? It is not clear to me under who’s command they now are.

One consequence of the law was that the Territorial Defense units were no longer territorial but could be ordered to fight all over the country.

Before the invasion, Lapko was a driller of oil and gas wells. Khrus bought and sold power tools. Both lived in the western city of Uzhhorod and joined the territorial defense forces, a civilian militia that sprang up after the invasion.

They were put onto the front line as cannon fodder and later deserted.

In a regular military there will be one unit (brigade, battalion, company) assigned to a specific length of the frontline. A brigade commander will put his mechanized infantry battalions out on the front next to each other and his artillery battalion further back. He may decide to keep a company or two of tanks in reserve. The officers and NCOs in a brigade will usually know each other as they have trained together while growing through the ranks. Such units can fight and coordinated well because their officers and soldiers have worked and partied together for some time and know each other by heart.

Unfortunately for Ukraine it no longer has any complete brigade units. These have fallen apart due to high casualty rates and material losses. This seems to have led to a change of the command structure.

During the last years of World War II the German Wehrmacht often used Kampfgruppen (combat groups). These were a mix of remnants of mostly destroyed regular units put together under the command of one officer and often formed for a specific task. The subunits came from different command cultures and localities and would often not know each other. They were not trained to the same level. To coordinate them was difficult.

There are signs that the Ukraine is now using such a Kampfgruppen concept. Several recent reports of this or that operation or town lost or gained by Ukrainian forces named three or four involved brigades. However, when one looked at the size of those places or operations there was no way that so many full fledged units were involved.

I have come to understand that these were Kampfgruppen like formations under which remnants of the three or four former brigades were subsumed.

Now what happens to a Territorial Defense unit that gets assigned to a Kampfgruppe? As it is most likely the weakest and least armed unit it will be put into those places where the highest loses can be expected. The commander of the Kampfgruppe will naturally keep the forces of those remnant mechanized units he knows best close to himself or in reserve while the infantry cannon fodder of the Territorial Defense unit is ordered to man the frontline. These units are likely to have the highest numbers of casualties.

It is doubtful that Zelenski’s numbers included their dead and wounded.

We can therefore somewhat safely assume that the real casualty numbers are now some 200 dead and 800 wounded per day and maybe even above that. How many more will be ‘missed in action’?

Before the war the public health system in Ukraine was already in a miserable state. Medical personal that had the means will long have left the country. How will it be able to handle such high numbers of casualties?

Shrapnel wounds caused by artillery are often nasty and more complicate than simple gun shots. If not cared for immediately they are likely to get infected and tend to not heal well.

All this lets me fear that many of the wounded will not receive the necessary care and will not survive the war. Will their death in this or that improvised field hospital be counted as a combat death?

High casualty numbers are not good for morale so Kiev will likely try to avoid to include them.

There is already trouble in the ranks of Ukrainian army. Several several groups of soldiers have called out publicly to stop the senseless waste of life.

At what point will the Ukrainian military or the Territorial Defense units turn against the Zelenski regime?