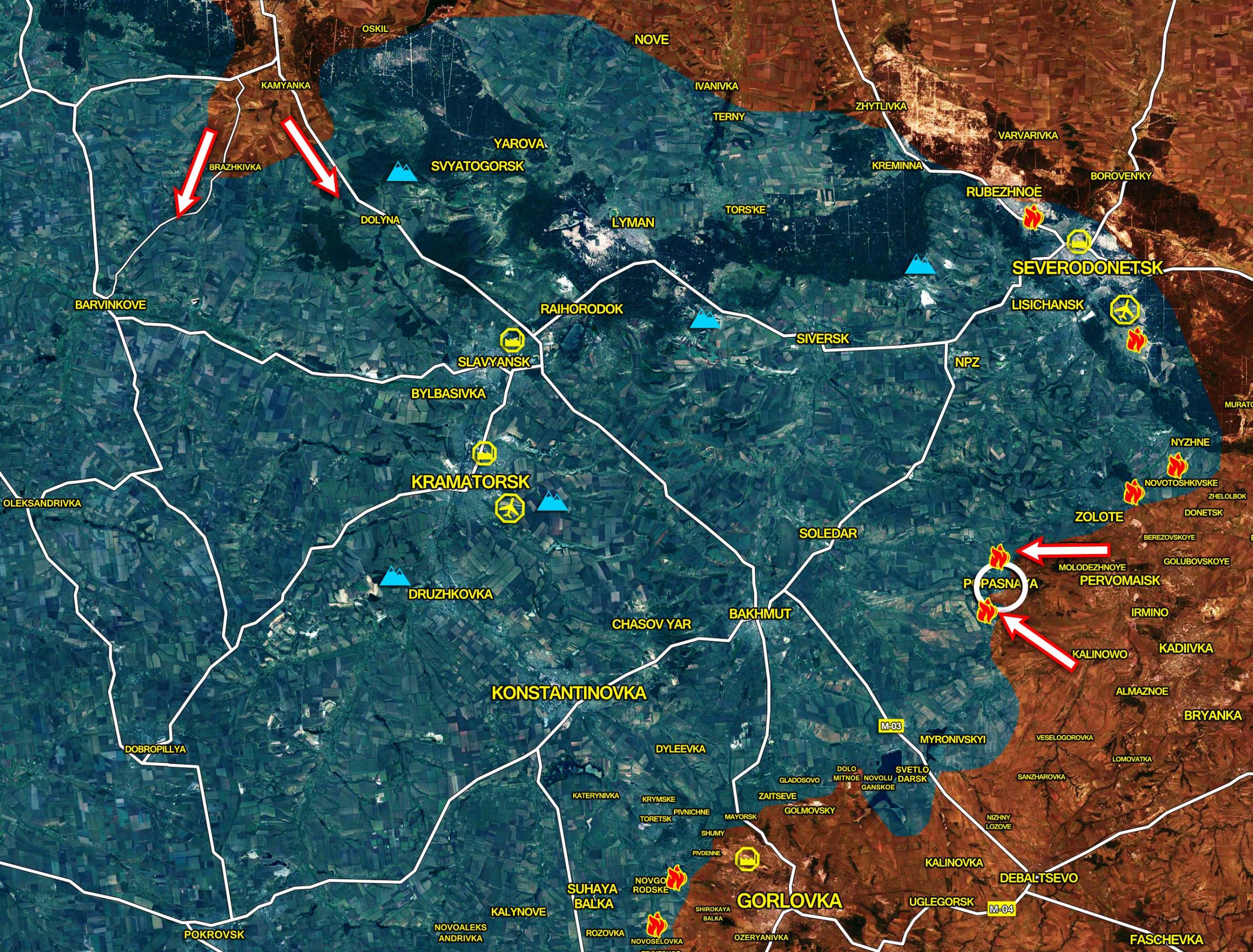 The current top headline of the New York Times is:

“Dozens” were feared dead and injured, a local official said, after a missile strike in Kramatorsk, which had been a main point of evacuation for people trying to leave eastern Ukraine.

CNN quotes an Ukrainian military official who described it as an Iskander missile strike:

A pro-Ukrainian twitter account also describes this as a result of the missile attack (the time stamp is UTC+2): 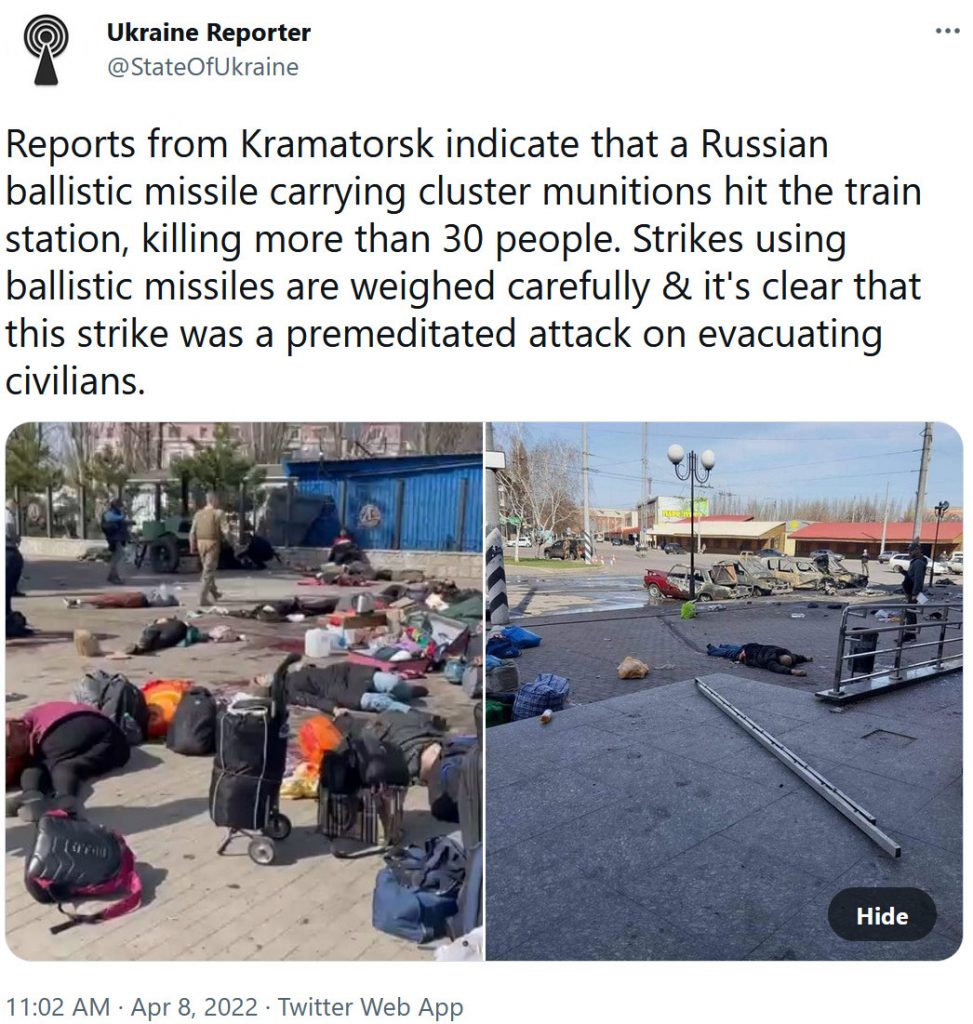 The same account describes this as the remains of the booster section of the missile that hit the train station: 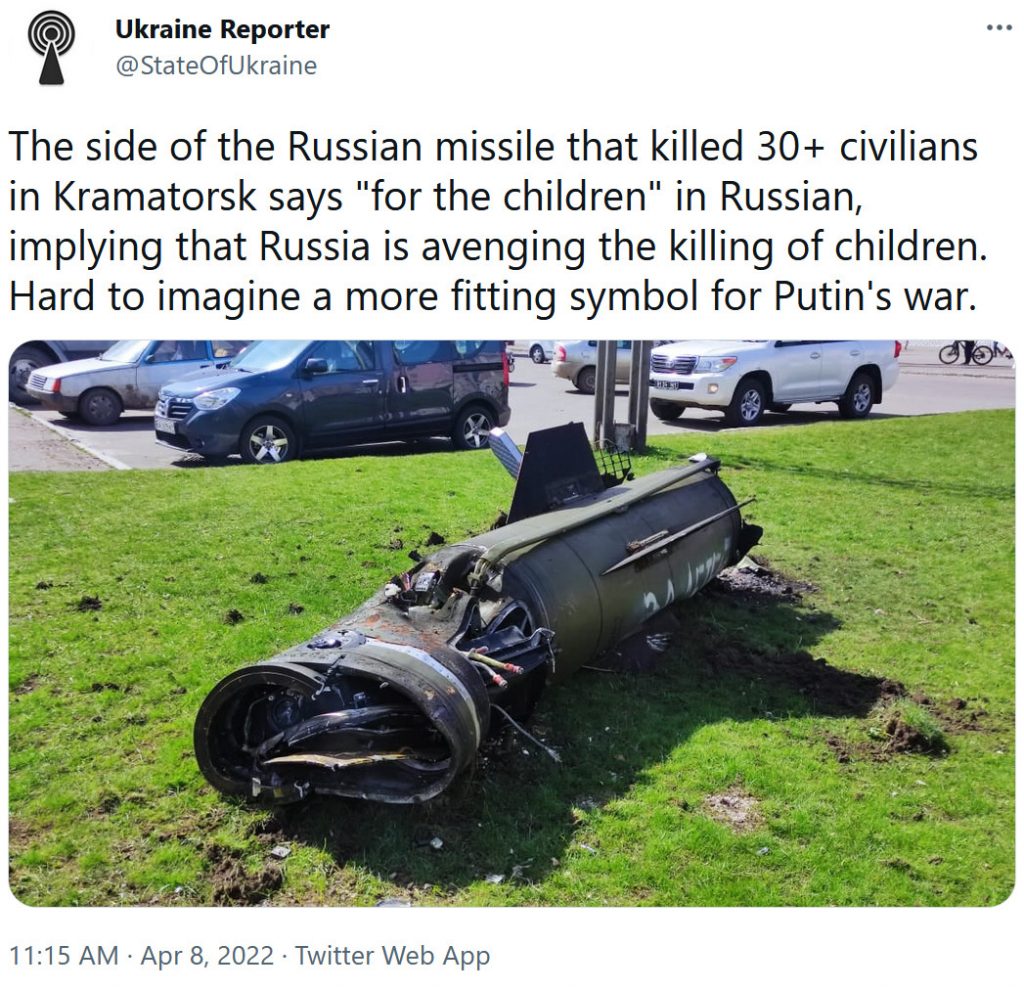 The picture in full size: 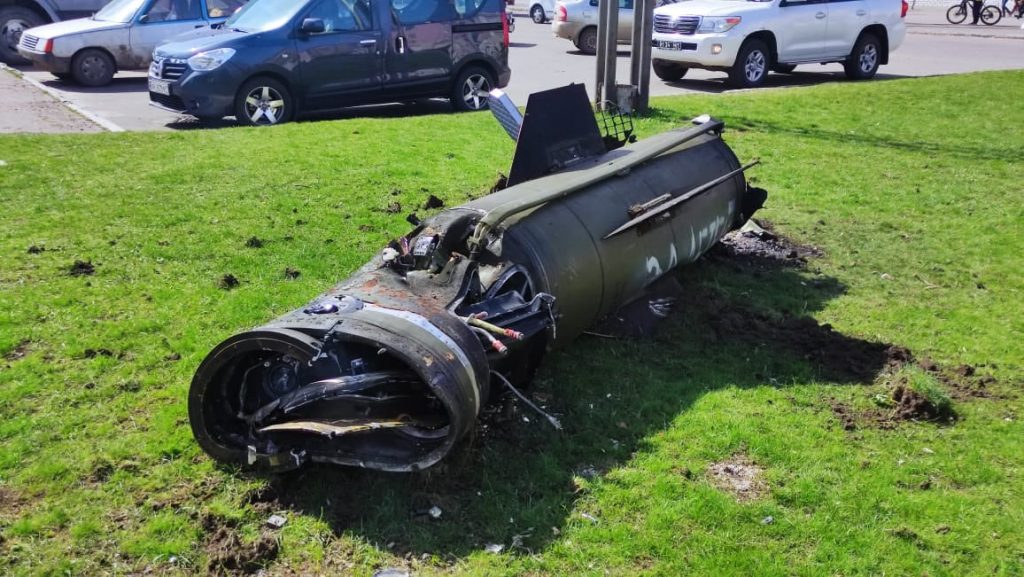 Another view of the debris from a different account: 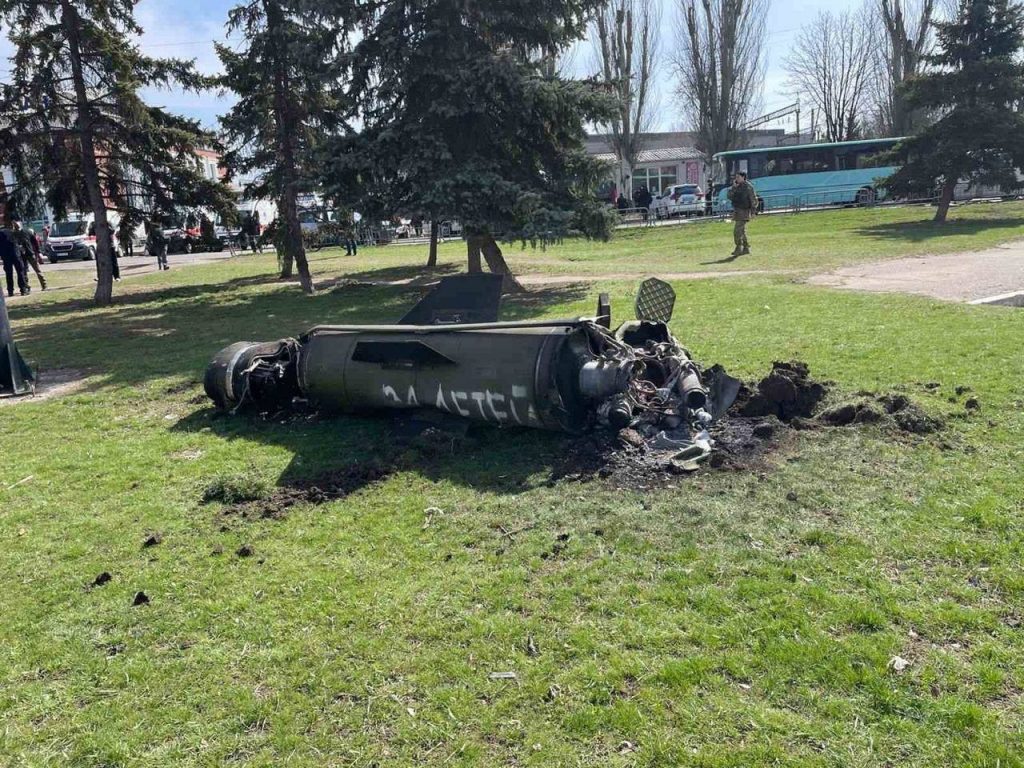 A check with Tineye proves that the pictures above have not be published earlier. They are new.

Here are pictures from GlobalSecurity.org of the SS-21 SCARAB (9K79 Tochka) system. The booster section is the aft half to the right: 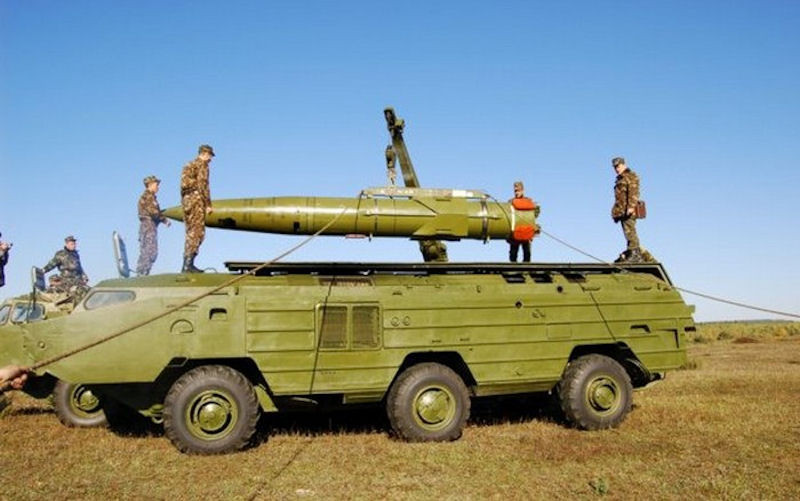 When unfolded the fins and the grid stabilizers are clearly identifiable. 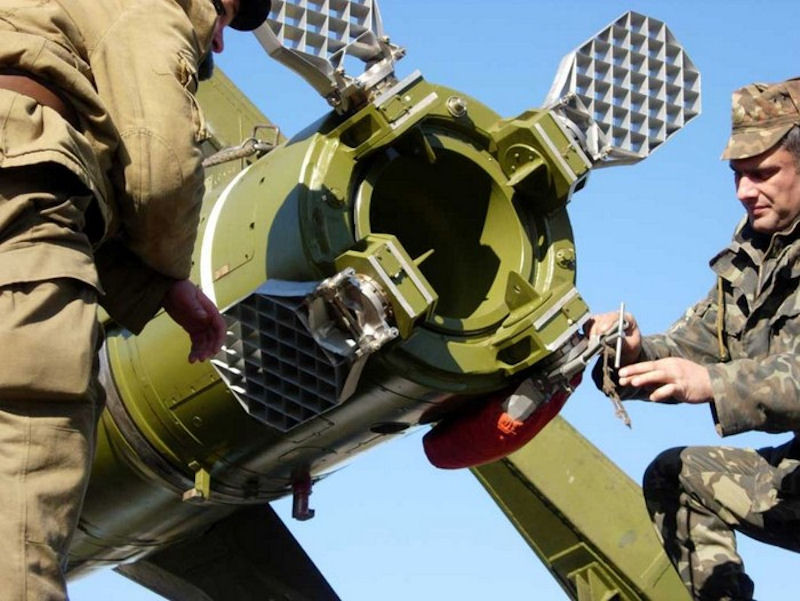 Russia, unlike the Ukraine, is no longer using Tochka-U missiles. They have been replaced by Iskandar missile systems. As the not recently edited Wikipedia entry about Tochka operators says:

Russia – 220 launchers. Missile systems have been upgraded since 2004 (replacing the onboard automated control systems) and are scheduled to be replaced by the 9K720 Iskander missiles by 2020

In a March 16 press release Russia denied that its forces still use Tochka-U missiles:

UNITED NATIONS, March 16. /TASS/. Tochka-U tactical missiles are not in service in Russian Armed Forces, Russian mission to the UN said in its letter to the UN Security Council and General Assembly.

“Given the proven record of the Kiev regime promoting false allegations and fake evidence, it should be noted that Tochka-U tactical missiles are not in service in the Russian Armed Forces,” the letter says.

Ukraine, which has retained some 90 launcher systems for Tochka-U missiles from Soviet times, has recently fired several of these against Russian and Donbas forces.

I have failed to find any recent reports of the use of Tochka missiles by Russian forces.

This clipping from the most recent Southfront map shows Kramatorsk right in the middle and not immediately near the frontline. 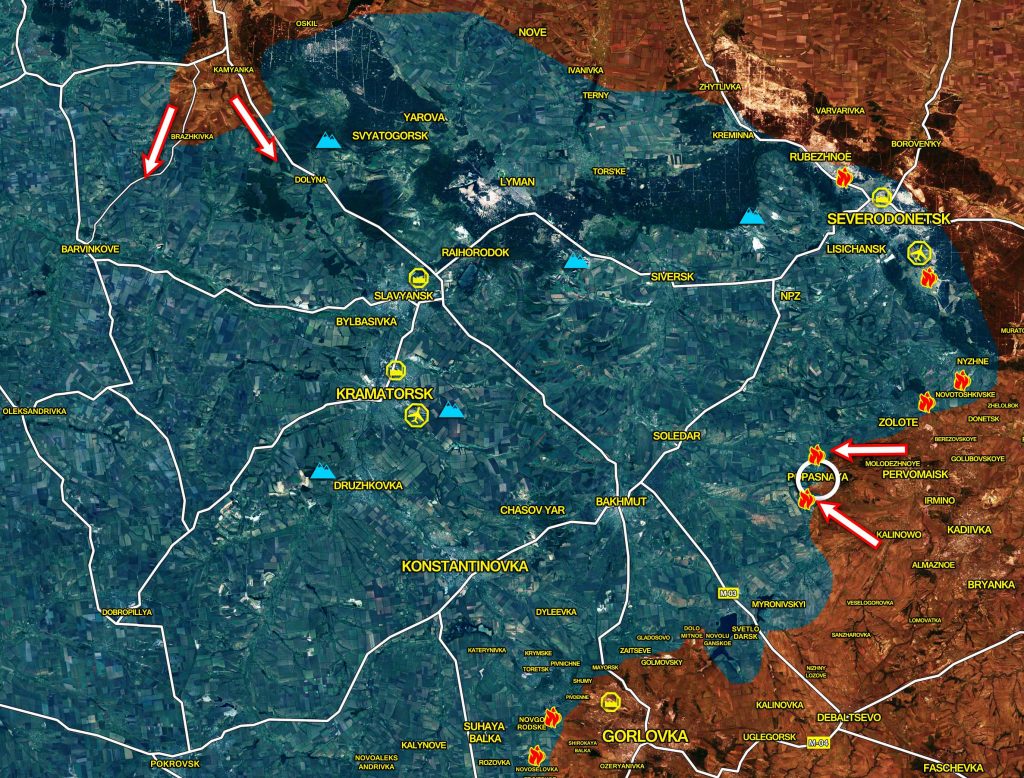 A current situation report says that Russia has recently systematically disabled train tracks along the Ukrainian supply lines to the Donbas front:

As the big showdown in Donbass looms, a lot of forces are pouring in on both sides. Russia has shifted strategies and is now striking railway stations and reinforcement hubs / corridors, as many have hoped it would do. Overnight there were several reports of important railway hubs being hit by missiles. One near Zhytomir, which is possibly the single most important reinforcement hub to the frontlines in all of western Ukraine. Reinforcements being sent to frontlines were reportedly destroyed in the strike, though there’s no visual confirmation. And another in Kharkov region – just south, in Lozovaya – which evoked a video message plea from the Kharkov mayor who said railways were hit, oil has run out, but pleaded for people not to flee (presumably because the militants who control him need citizens to use as hostages / human shields just like in Mariupol). 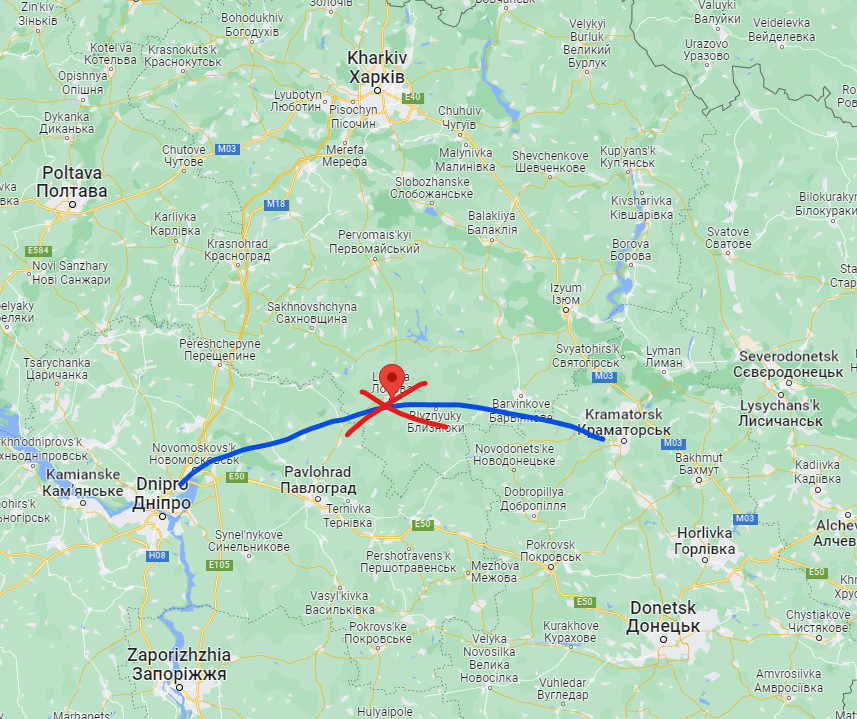 Of note is that so far all Russian attacks on train junctions were reported to have happened at night time.

As Russia has already interrupted the train lines west of Kramatorsk, and thereby stopped resupplies to it, it has no need to attack Kramatorsk station at all.

It is therefore almost assured that it was a Ukrainian missile that today hit Kramatorsk station. It was either aimed badly, went off course or was intentionally aimed at it for propaganda purposes. (The ‘for the children’ marking in Russian on the booster section may point to the later cause.)

We have no further information for us to decide which is the case.