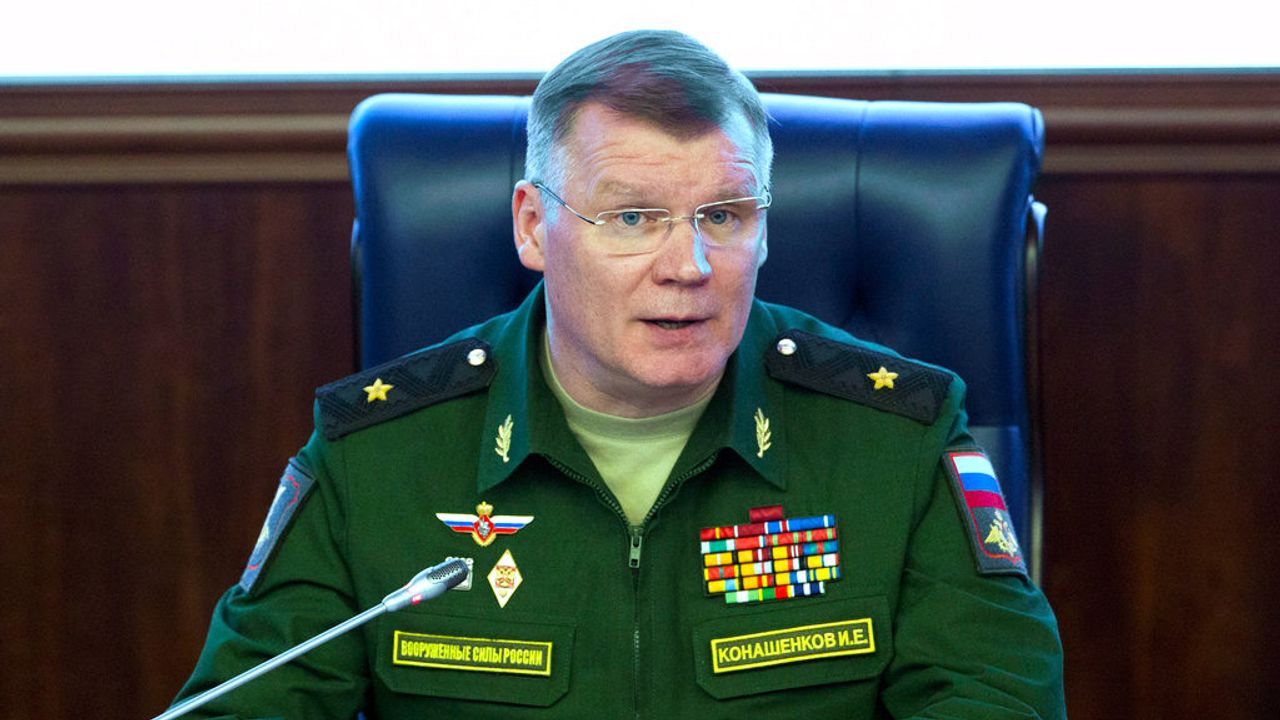 On Tuesday, a spokesman for Russia’s defense ministry, Lt. Gen Igor Konashenkov, stated that “contrary to White House and Pentagon claims, [the US] is directly involved in the conflict in Ukraine.”

Konashenkov’s statement came in response to Monday’s interview by the British Telegraph with the Major General Vadim Skibitsky, the deputy head of Ukraine’s military intelligence service. In the interview, Skibitsky acknowledged that Ukraine was not only using US-manufactured and -delivered HIMARS long-range missiles to target Russian fuel and ammunition depots and battlefield headquarters in eastern Ukraine, but that Ukraine was also relying on “real-time information” in these strikes.

The Telegraph paraphrased Skibitsky as saying that before every strike, discussions took place between the US and Ukraine “that would allow Washington to stop any potential attacks if they were unhappy with the intended target.” In other words, the US is directly involved in the decision-making process for Ukrainian military strikes on Russian targets.

In his statement, Konashenkov declared that this represented an official recognition by Ukraine that “the Biden administration [that] is directly responsible for all rocket attacks approved by Kyiv on residential areas and civilian infrastructure facilities in settlements of Donbas and other regions that caused mass deaths of civilians.”  He added that the Russian military “has marked it and will keep in mind this official confession.”

The US has not denied these accusations. Following Skibitsky’s highly provocative revelations, the Pentagon issued a statement, merely declaring that the US was providing Ukraine with “detailed, time-sensitive information to help them understand the threats they face and defend their country against Russian aggression.”

The US involvement in the imperialist proxy war against Russia has become ever more overt and provocative in recent months. After ramming through a record $40 billion for weapons for Ukraine in Congress, on top of billions of direct military aid pledged by the White House to Ukraine since February 24 alone, the US began delivering HIMARS (High Mobility Artillery Rocket Systems) to Ukraine in late May. They are now being used for a major offensive by the Ukrainian army, which is seeking to reconquer parts of southern Ukraine that have been occupied by Russia.

In July, a Pentagon spokesman refused to preclude that these missiles would be used to attack the Russian-built Kerch Bridge, which connects the Crimean Peninsula in the Black Sea with the Russian mainland. Since then, the US has publicly acknowledged that it is considering plans to send fighter jets to Ukraine, a move that, as US President Biden stated just a few months ago, could “start World War III.”

The statements by Skibitsky to a leading British newspaper and the marked absence of an explicit denial by the Pentagon mark yet another major provocation of Washington against Russia.

Skibitsky’s interview was published the same day as the first grain shipment from Ukraine since the start of the NATO-provoked war left the Black Sea city of Odessa, heading for the port of Tripoli, Libya.

The ship’s departure marked the beginning of a 120-day deal brokered by the UN and Turkey and signed by Russia and Ukraine in July to resume vital grain shipments amid an ongoing global food crisis. The White House has been conspicuously absent from the negotiations around the deal with the US press insisting that it had no prospect of succeeding.

Another 16 ships filled with corn, wheat, sunflower seeds and oil are ready to depart. They will require Ukrainian ships to lead them out as Ukraine mined its ports and shores following the Russian invasion in February.

A Joint Coordination Center (JCC) located in Istanbul is charged with overseeing the export of Ukrainian grain throughout the 120-day timeframe.

So far the war between Ukraine and Russia—both major grain exporters—has caused a reduction to the world’s grain supplies of 27 million metric tons. According to the UN’s World Food Program, the war has caused 47 million people to experience “acute hunger.”

Prior to the war, Ukraine was expected to be the world’s third largest exporter of corn and fourth largest exporter of wheat for the 2021-2022 harvest year, according to the International Grains Council. In addition, the former Soviet Republic is also a major exporter of barley, sunflower oil and rapeseed. Russia, meanwhile, is the world’s largest wheat exporter and was expected to export 36.5 million metric tons of wheat for the 2021-2022 harvest year.

Countries in Africa and Asia, such as Afghanistan, Sudan, Yemen, Libya, Lebanon, Indonesia, Malaysia and Bangladesh, imported a large amount of Ukrainian wheat and were already considered “food insecure” as the war loomed.

Well aware of this information and despite already skyrocketing food prices and the clear threat of further shortages and even famine and warnings by the Putin regime about its “red lines” in Ukraine, the Biden administration recklessly pushed ahead with its provocations against Russia in the weeks and months leading up to the invasion.

Following the resumption of Ukrainian grain exports on Tuesday, Zelensky warned that any failure to continue shipments will be blamed on Russia.

“We cannot be under any illusion that Russia will simply refrain from trying to disrupt Ukrainian exports. Russia consistently provoked famine in Africa and Asian countries, which have traditionally imported significant amounts of Ukrainian food. And now … the threat of a price crisis and a certain food shortage is also present for some European countries,” Zelensky stated while turning the historical record on its head in a video address.

Should the deal actually move forward, it could double the volume of grain leaving Ukraine, according to Michael Magdovitz, a commodities analyst with Rabobank. “If this proves even reasonably successful, it will go a long way to alleviating shortages of grains across Europe, the Middle East, Africa and Asia,” Magdovitz told the Washington Post.

While the deal could potentially alleviate food shortages in regions previously dependent on Ukrainian grain, US workers will see little reprieve as the US imports little grain from Ukraine or Russia.

In fact, the rising food prices within the US were largely due to other factors, such as climate volatility and logistical issues caused by the ruling class’s homicidal COVID-19 policies. The increased use of biodiesel has also motivated farmers to produce less wheat, Pete Levangie, CEO of Bay State Milling, told the Washington Post.

In regards to US workers, “In terms of what the average consumer will feel with their weekly food budget, it won’t move the dial,” Levangie told the Post. As his comments demonstrate, the current food crisis is primarily a result of both the domestic and the war policies of the US government.