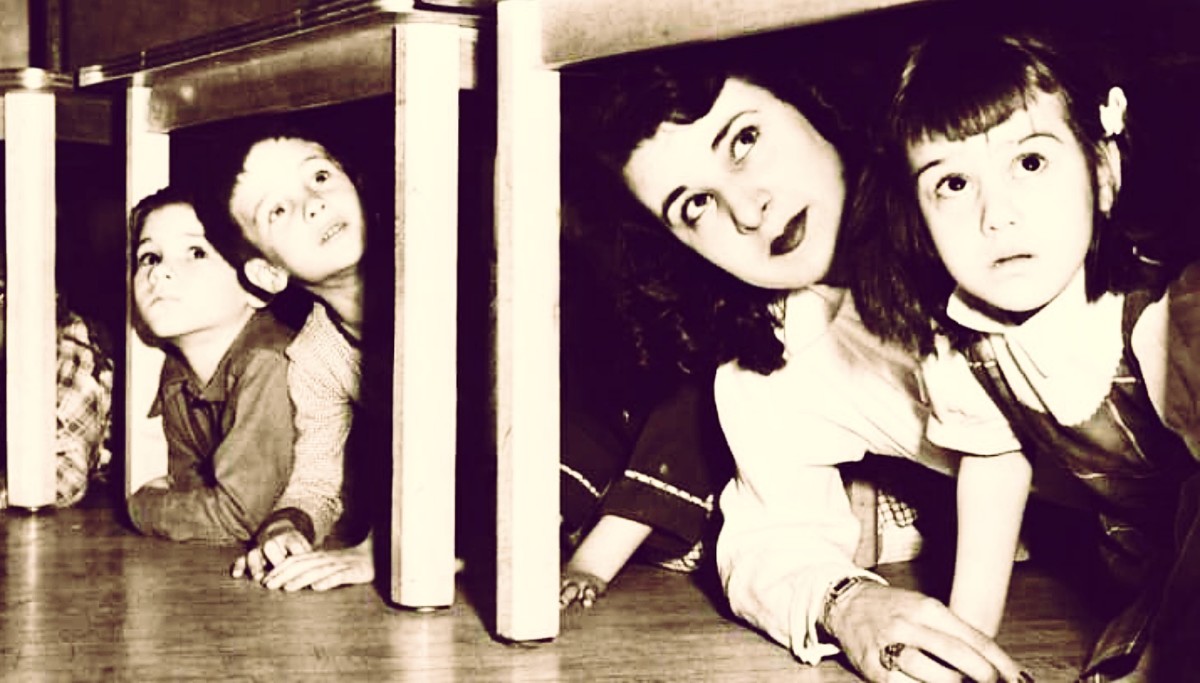 In the run-up to August’s United Nation’s 10th Annual Review of the landmark Nuclear Non-Proliferation Treaty (NPT), a review undertaken every five years, Secretary of State Antony Blinken’s State Department issued a surprising reaffirmation of the U.S. commitment to this treaty and the “ultimate goal of a world without nuclear weapons.”

The NPT, designed to “further the goal of achieving nuclear disarmament,” entered into force in 1970 and was extended indefinitely in 1995. It has now been signed by 191 nations, including the U.S. and Russia.

If only Blinken’s verbal support for the NPT was U.S. policy, as opposed to wishful thinking or trickery.

As treaty signatories and civil society representatives from around the world gather for a month in New York to evaluate the treaty’s implementation, the White House, Congress and military contractors will move ahead on a near $2 trillion nuclear rearmament program euphemistically termed “nuclear modernization.”

It is not 600 new–instead of funeralized–intercontinental ballistic missiles (ICBM’s) on hair trigger alert to replace the Minuteman III in the Midwest. Each of these “modern missiles” would span the length of a bowling lane with new warheads that are 20 times more powerful than the bombs that incinerated Hiroshiima and Nagasaki.

Modernization is not a new sea-launched nuclear cruise missile that carries both conventional and nuclear warheads with the same radar profile to confuse “the enemy.”

Modernization is not 100 new stealth air-launched nuclear missiles like the B-21 Raider, also capable of carrying both conventional and nuclear weapons.

Ahh, but these nuclear weapons are just upgrades, not new systems, right?

Semantic back-flips aside, U.S. nuclear “modernization” means the development of new weapon systems with new nuclear warheads and a new arms race. What the State Department failed to mention in its reaffirmation of the NPT was that the U.S. nuclear rearmament program violates the spirit and intent of Article 6 of the NPT, which prohibits the pursuit of new nuclear weapons.

Instead of pursuing world peace and climate preservation for our children, US leaders are chasing a reckless foreign policy.

In April, the Wall Street Journal published a commentary titled “The U.S. should show it can win a nuclear war.”

More recently, the City of New York, home of the United Nations, released, however well-intentioned, a so-called public service announcement on how to survive a nuclear attack, referring to it as “the big one”, as though it were an earthquake. No mention was made of blinding flashes of light or widespread radiation that blisters the skin or immediate incineration. Instead, New Yorkers were instructed to get inside, stay inside and stay tuned. Tuned to what? Our fading heartbeats?

According to the International Committee to Abolish Nuclear Weapons (ICAN), a nuclear war between the US and Russia would lead to over 34-million dead and 57 million injured in the first few hours–and a dark subzero winter of famine and soot blocking the sun for those who survived.

No mention is made of this nightmare scenario, however, in the 2019 Joint Chiefs Nuclear Operations Publication (3-72), a Strangelovian document briefly released then deleted from the website of the Joint Chiefs of Staff. The vanishing unclassified document, preserved by the Federation of American Scientists, reflects the Pentagon’s delusional thinking that a nuclear war can be limited and won. Mark Milley, then Secretary of the Army, now Chair of the Joint Chiefs, signed off on the chilling statements below:

A nuclear weapon could be brought into the campaign as a result of perceived failure in a conventional campaign, potential loss of control or regime, or to escalate the conflict to sue for peace on more-favorable terms.

UN treaty signatories, along with NGO conference delegates, should use the month-long NPT operations review to speak truth to power.

First, they should speak out against the dangerous proxy war in Ukraine between the U.S./NATO and Russia that could lead to a nuclear confrontation. The delegates should denounce Russian President Vladmir Putin for ordering the invasion of Ukraine and call on all parties in the war to engage in a negotiated settlement.

One miscalculation, one moment of confusion, one intentional launch of a short-range nuclear warhead, followed by a retaliatory long-range nuclear weapon, could burn us alive and blanket the world in ash.

Delegates should also call on the United States and NATO to denuclearize Europe. This would entail removing US nuclear weapons from Belgium, the Netherlands, Germany, Italy and Turkey; scrapping plans to redeploy nuclear weapons to the United Kingdom, where for 14 years nuclear storage facilities rightfully have sat empty; and removing the provocative anti-ballistic missiles from Romania and Poland, both of which are perilously close to Russia’s border.

On the broader issue of disarmament, attendees at the UN meetings should shout “Come to your senses!” to the President Biden, Secretary of State Antony Blinken, National Security Advisor Jake Sullivan, Secretary of Defense Lloyd Austin and Chair of the Joint Chiefs of Staff Mark Milley for supporting nuclear rearmament. Delegates should denounce members of Congress who recently voted for the $840 billion dollar military budget that includes $30 billion as another down payment on the nuclear rearmament program.

Declassifying the Review would allow the people of the United States, and the world, to know whether President Biden is committed to keeping his campaign promise of no first use of nuclear weapons and if he abides by the Joint Statement he signed with Putin in 2021 and the Joint Agreement he signed in 2022 with five nuclear weapons states, including Russia and China, committing the US to the NPT because “a nuclear war can never be won and must never be fought.”

The real solution to the threat of nuclear war is in plain sight. It is the UN Treaty on the Prohibition of Nuclear Weapons, the first legally binding international agreement to comprehensively prohibit nuclear weapons. It was adopted in July 2017 and entered into force in January 2021, after it was ratified by 50 states. None of the nuclear states have signed it.

The NPT Review Conference is a golden opportunity for the participants, and the public in general, to call on all nations to sign the UN Treaty on the Prohibition of Nuclear Weapons and to once and for all embrace the Nuclear Non-Proliferation Treaty to, in the treaty’s words, “pursue negotiations in good faith on effective measures relating to cessation of the nuclear arms race at an early date and to nuclear disarmament.”