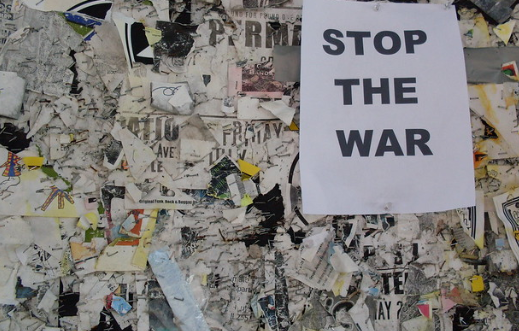 With protesters marching in hundreds of cities around the world against the U.S. empire’s war plans against Iran and Iraq, including millions in Baghdad, the need for a unified anti-imperialist movement in the U.S. has grown. Central to organizing of hundreds of demonstrations against U.S. wars, sanctions and occupations has been the United National Antiwar Coalition. One of the largest progressive alliances in the U.S., UNAC works with hundreds of organizations across the country.

UNAC will hold its first national conference since 2017 from Feb. 21 to 23 in New York City at The People’s Forum.

UNAC drew over 350 activists to its 2017 conference in Richmond, Va. Since then, UNAC has sent delegations to Venezuela, Ukraine, Syria and Cuba and has organized conferences on U.S./NATO military bases in Baltimore, Md., and Dublin, Ireland. UNAC has actively opposed AFRICOM, the militarization of police departments and punishing sanctions against 39 nations. Members of UNAC, as part of the Embassy Defenders Collective, face charges for fighting to prevent the illegal Venezuelan coup government from taking over Venezuela’s Embassy in Washington, D.C.

The theme of the 2020 conference is “Rise Against Militarism, Racism and the Climate Crisis — Building Power Together.” UNAC has always linked the struggle against racism, oppression and repression in the U.S. to imperialist plunder and devastation abroad.

Joe Lombardo, a coordinator of UNAC since its founding 10 years ago, Medea Benjamin (CodePink) and Margaret Flowers (Popular Resistance and Venezuelan Embassy Protectors) will be among those speaking on the growing movement against U.S. regime-change wars.

Workers World Party has been part of UNAC since its founding, bringing an understanding of the critical need for a united front against imperialism that focuses first and foremost on the crimes of the U.S.