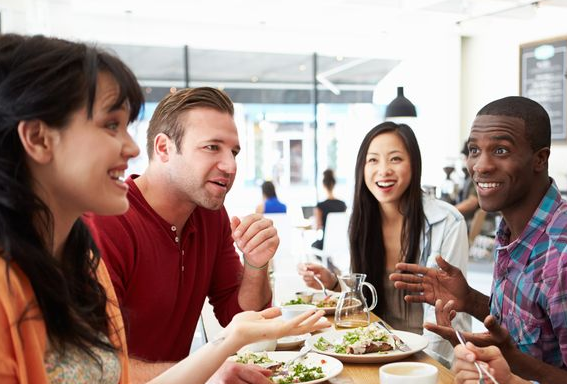 Understanding The Racial Bias You Didn’t Know You Had

Barack Obama has been confused with a valet.  Teachers have lower expectations for black and Hispanic students. Jurors are more likely to see darker-skinned defendants as guilty.

Sure, you could throw all of these things under the broad category of racism. But some of these disparities are often perpetuated by people who insist that they believe with all their hearts in racial equality.

IT SEEPS INTO JUST ABOUT EVERY ASPECT OF LIFE

There’s a term for what’s happening when, despite our best intentions and without our awareness, racial stereotypes and assumptions creep into our minds and affect our actions:  implicit racial bias.

It seeps into just about every aspect of life, including areas like criminal justice that can have deadly consequences. Thirty years of neurology and cognitive psychology studies show that it influences the way we see and treat others, even when we’re absolutely determined to be, and believe we are being, fair and objective.

That’s why implicit racial bias has been called “the new diversity paradigm — one that recognizes the role that bias plays in the day-to-day functioning of all human beings.”

Here’s what you need to know about how it works.

What is implicit bias?

The first step in understanding how implicit racial bias works is to understand the general concept of implicit bias, which can shape the way we think about lots of different qualities: age, gender, nationality, even height.

You can think of it generally as  “thoughts about people you didn’t know you had.”

Two of the leading scholars in the field, Mahzarin Banaji and Anthony G. Greenwald, capture it well in the title of a book they wrote about the concept. It’s called “Blindspot: Hidden Biases of Good People“

What do these “blind spots” look like, and how do they shape behavior?  Well, if you have a stereotype about Asian people that labels them as “foreign,” implicit bias means you might have trouble associating even Asian-American people with speaking fluent English or being American citizens. If you’ve picked up on cultural cues that women are homemakers, it means you might have a harder time connecting women to powerful roles in business despite your conscious belief in gender equality.

The effects aren’t always negative: if you have a positive attitude about your alma mater, implicit bias could mean you feel more at ease around someone who you know also graduated from there than you do around people who went to other schools.

But there are a couple of things make implicit bias especially fascinating and potentially insidious:

First, since our thoughts often determine our actions, implicit bias can lead to discriminatory behaviors (more on those below). Second, it is impossible to detect without taking a test. In other words, you can’t sit down and do introspection about your biases, and you can’t just decide not to let them affect your attitudes and actions. Implicit bias lives deep in your subconscious, and it is largely separate from the biases you know you have.

How does implicit racial bias affect the way we think about race?

Implicit bias comes from the messages, attitudes, and stereotypes we pick up from the world we live in, and research over time and from different countries shows that it tends to line up with general social hierarchies.

Studies have shown that people have implicit biases that favor Germans over Turks (in Germany), Japanese over Koreans (in Japan), men over women (when it comes to career-related stereotypes), youth over elderly, and straight people over gay people.

So, it’s no surprise race is a prime area for implicit bias, and if you live in America, you can probably make an educated guess about some of the ways it tends to play out: among other things, there’s a widespread preference for light skinned over dark skinned and white over black.

How is this related to regular old racism?

Implicit racial bias tends to work against the same groups that are the victims of the type of overt racism that you hear from white supremacists or the more subtle bigotry of people who believe that racial minorities suffer from cultural pathology or who actively defend racial and ethnic stereotypes.

But it can also affect the minds of people who would say — honestly — that they are horrified by these types of attitudes. That’s because the implicit associations we hold often don’t align with our declared beliefs.

As Cynthia Lee, a professor at the George Washington University School of Law, has explained, “the social science research demonstrates that one does not have to be a racist with a capital R, or one who intentionally discriminates on the basis of race, to harbor implicit racial biases.”

How do you figure out whether you have implicit racial bias?

The most popular of these tests is the Implicit Association Test, or IAT. Anthony Greenwald and his colleagues invented it in the mid-1990s. An organization called Project Implicit, maintained by Greenwald, Mahzarin Banjai, and Brian Nosek, allows people to take it online. The test is basically a video game that you play on a computer, the object of which is to sort categories of pictures and words.

An image from an implicit-bias test at Project Implicit

Here’s how Banaji explained the way taking the IAT feels, in a 2013 interview with the Boston Globe:

“So when I took the test … it was stunning for me to discover that my hands were literally frozen when I had to associate black with good. It’s like I couldn’t find the key on the keyboard, and doing the other version, the white-good, black-bad version was trivial. So the first thought that I had was: ‘Something’s wrong with this test.’ Three seconds later, it sunk in that this test was telling me something so important that it would require a re-evaluation of my mind, not of the test.”

How do the implicit racial biases the IAT reveals play out in reality?

Implicit racial bias can shape our beliefs and assumptions, color the way we treat other people, and even help decide what “feels true” for us when it comes to larger social and political issues.

Banaji explained that in one version of the IAT, researchers took famous Asian Americans such as Connie Chung and Michael Chang and Kristi Yamaguchi and picked white foreigners such as Hugh Grant, Katarina Witt, and Gerard Depardieu, and asked test takers to connect them to American symbols and foreign symbols. They found it was easier to associate Hugh Grant with American symbols than Connie Chung. “That shows how deeply the category ‘American’ is white” in many people’s minds, she said.

She went on to explain what she said were the connotations of implicit bias when it comes to politics: “The reason I especially like that result is that in the first Obama election and since then, the issue has come up about these ‘birthers,’ and I think what we captured there was a little bit of a birther in all of us. I think this is where conscious attitudes matter. You and I say, ‘I consciously know Barack Obama was born in this country, and I believe this because the evidence is there.’ For some people who we might write off as the lunatic fringe, the association to be American is to be white. I can see for them that feels true.”

What are the main areas in which implicit racial bias affects our everyday lives?

Implicit biases are pervasive.  Researchers say everyone possesses them, even people like judges, who have avowed commitments to impartiality.

And they don’t just stay tucked away in our unconscious until they’re revealed by a computer game. They determine how we behave. There is increasing evidence that implicit bias — including implicit racial bias, which the IAT measures — predicts behavior in the real world. This behavior, of course, harms the people who are members of groups that are the subjects of negative implicit bias.

For example, research has shown that it can affect healthcare: in one study, despite self-reporting very little explicit bias, two out of three clinicians were found to harbor implicit bias against blacks and Latinos. And it turns out that this affected the care that black patients got: the stronger the clinicians’ implicit bias against blacks relative to whites, the lower the black patients rated them on all four sub-scales of patient-centered care. It’s also been connected to racial discrimination in hiring, performance evaluations, housing discrimination, and even perceptions of neighborhood crime.

Criminal justice — from arrests, to police shootings, to juries’ perceptions of defendants — is such a rich area for implicit racial bias to operate that it deserves its own separate discussion.

To understand the gaping racial disparities in criminal justice, it helps to understand implicit bias. As Vox’s German Lopez has explained:

Part of the problem is outright racism among some judges and cops, socioeconomic disparities that can drive more crime, and drug laws that disproportionately affect black Americans. But the other explanation is that cops, like everyone else, carry this implicit bias, which experts agree affects how they police people of different races. Since these are the people who carry out the initial steps of law enforcement, this bias might launch a cascading effect of racial disparities that starts with simple arrests and ends in prison or death.

These are a few ways implicit bias has been found to operate at every level of the criminal-justice system:

Can you get rid of implicit racial bias?

The good news is that there is some evidence that implicit biases, including implicit racial biases, are malleable.

Several different approaches have shown promise for getting rid of implicit bias, generally, which all apply to implicit racial bias, too.

While these methods are promising, implicit biases are really tough to shake. As Banaji told theBoston Globe, “I would say we should not be naïve about how easily we can change them. On the other hand, there are studies that demonstrate that you can at least produce shifts.”