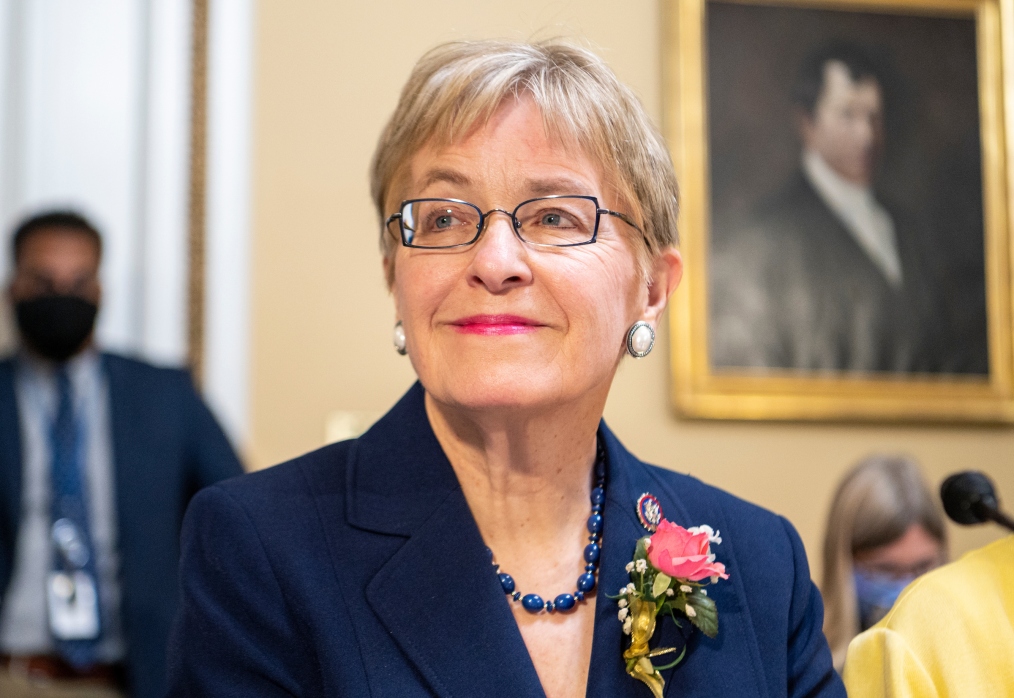 As lawmakers work on finishing fiscal 2022 appropriations, they’ll have to decide whether to keep a House spending provision that would allow some post offices to offer more financial services.

Coming in the wake of a largely ignored U.S. Postal Service test of a check-cashing service, a new initiative could test whether the Postal Service can attract millions of Americans who now lack banking services, serve areas largely vacated by banks and make money by doing so.

Those tests depend on the Senate going along with the $6 million for a pilot project in the House’s fiscal 2022 Financial Services appropriations bill. Lawmakers are trying to finish the appropriations work before the current continuing resolution expires on March 11.

“We are looking to provide very basic services at post offices across our country because they are in every neighborhood,” said Rep. Marcy Kaptur, D-Ohio. “We’re looking at simple things like cashing their check, or paying a utility bill or selling a savings bond.”

Proponents of postal banking hope the test does better than one the Postal Service launched in September, offering check cashing in four East Coast urban and suburban sites. Customers cashed six checks, generating $35.70 in fees, according to a Postal Service regulatory filing in January.

“I don’t know whether a pilot can be called a serious pilot if it’s not in a neighborhood that actually has demand for the services,” said Porter McConnell, the Take on Wall Street Campaign director at Americans for Financial Reform. McConnell, who in 2020 co-founded the Save the Post Office Coalition, said high fees, the low limit on gift card amounts and the absence of advertising also undermined the pilot.

Postal banking is a catchall term for financial services offered through the Postal Service, including checking and savings accounts, small loans, and nonbank services such as cash machines or check cashing.

Research by the University of Michigan in May 2021 found that 60 million people live in a census tract with a post office but not a bank branch. From 2008 to 2020, more than 13,000 bank branches closed, according to the National Community Reinvestment Coalition.

Financial Deserts Or Mistrust Of Banks

Among the questions is why.

“There are financial deserts of magnitude across our country, and unfortunately, these individuals become prey for exploiters, like payday lenders, like auto title loan folks,” Kaptur said in an interview. Kaptur and other postal banking supporters say the House appropriations provision could aid those with no bank accounts and those who rely on alternative financial services.

Physical locations and affordable products are two of the chief factors that would set the Postal Service apart from private sector competitors, especially with the closing of bank branches, McConnell said.

People without bank accounts cited having too little cash to open an account as the main reason they didn’t have one, according to a 2019 FDIC study.

“They’ve left your community, and they’ve made traditional banking too expensive to bother with,” McConnell said, citing overdraft fees. “That to me is a textbook case for a public option.”

The House provision would allow the 10 post offices to offer services for lower fees than the pilot started last September.

McConnell said the expansion into areas like check cashing, ATMs, wire transfers and bill payments should replicate the success the Postal Service has had with money orders that are cheaper than those of competitors and bring in revenue for the agency.

“That is exactly the space that they should be occupying — cheaper than the private market and accessible to everyone, and yet still profitable because there are more post offices than McDonald’s and Starbucks combined,” McConnell said. “It is a question of scale and location for them.”

A 2015 report from the Office of the Inspector General said the Postal Service could bring in about $1.1 billion in annual revenue after five years. But sticking to nonbank financial services alone would do less to help the unbanked and underbanked than more expansive alternatives, such as checking and savings accounts, the report found.

But skeptics say the ubiquity of post offices, a chief advantage of postal banking, doesn’t solve many of the barriers keeping the unbanked from traditional financial services.

Nicholas Anthony, manager of the Cato Institute’s Center for Monetary and Financial Alternatives, pointed out that when asked by the FDIC why they avoid banks, only 14 percent of unbanked respondents said it was because bank locations were too far away, the eighth-most cited reason.

By contrast, 36 percent said they avoided banks because of distrust, or privacy concerns, the second- and third-most commonly cited reasons in the 2019 FDIC survey.

“Having the post office come in as a suggested solution really doesn’t make sense because you’re suddenly asking these people who have concerns about trust and privacy to now trust their information with the government,” Anthony said in an interview. “I just don’t see that lining up.”

Anthony and Republicans in Congress also took issue with how the Postal Service went about launching its check-cashing test. By limiting it to gift cards, the Postal Service circumvented a 2006 prohibition against offering new nonpostal products without regulatory approval.

“While I understand the desire for folks at the USPS to jump into the space, and I understand the concern that many have for financial inclusion efforts, I just don’t think this is the right way to go about that program,” Anthony said. “One of the worst things that could happen is if they had something that actually helped, and then it had to be shut down because it wasn’t set up the right way.”

Senate Banking ranking member Patrick J. Toomey, R-Pa., and 18 other Republican senators also wrote to DeJoy in November asking for more information about the pilot, saying it may fall outside “statutory boundaries.”

‘They’ve Earned The Right To Try’

Rep. Mark Amodei, a member of the House Appropriations Committee, may be one of the few applauding the Postal Service’s check-cashing pilot. The Nevada Republican supports the expansion into financial services but is reluctant to spend taxpayer dollars to do it.

Postal banking is a tough sell for Republicans, but lackluster banking options in his home state won him over, Amodei said. Many big banks have reduced their presence in his district, he told CQ Roll Call.

“The big ones, quite frankly, don’t seem to be real concerned about being located in every community, and that’s fine,” he said. “But don’t sit here and say we can’t have this going on in the post office.”

Amodei said he preferred the Postal Service’s check-cashing pilot to the $6 million appropriations pilot because any move into financial services should be gradual, self-funded and self-sustaining. In 2019, Amodei co-sponsored an amendment to the Financial Services appropriations bill that would have provided $1 million to fund expansion into nonbank financial services by the Postal Service.

“If they want to try banking, they need to figure that out on a very slow roll and they need to figure out how to fund it without getting taxpayer dollars to get them started,” he said. “I don’t know whether this is the silver bullet or not … but I think they’ve earned the right to try.”