Denver teachers were on the picket lines Wednesday for the third day, but the Denver Classroom Teachers Association (DCTA) and the school district are moving quickly to reach a deal to end the strike. A joint statement released Wednesday night by DCTA President Henry Roman and Denver Public Schools Superintendent Susana Cordova said, “We exchanged proposals that are moving us closer and are hopeful that we will get to an agreement soon. However, we need a little more time to resolve the outstanding issues, and we will resume our negotiations tomorrow morning at 10 am at the Denver Public Central Library.”

According to the Denver Post, an agreement over base pay has been concluded, with a miserly increase of $2,545 a year or just over $200 a month, before taxes. A recent report by the Economic Policy Institute says that $92,426 per year is needed to support a family of four in Denver, one of America’s most expensive cities, whereas teachers’ starting pay will only be $45,800.

Since 2005, DPS teachers have essentially been subjected to a two-tier salary and pension scheme. Teachers hired before 2005 have been paid according to the existing salary “step” and “lane” system based on academic degrees, years of service and teaching assignments. Teachers hired afterwards were put in a merit-pay system, called ProComp, which is based on arbitrary and discriminatory bonuses modelled after a piecework system at Safelite Autoglass. ProComp was co-designed by the union and implemented in 2005, in keeping with No Child Left Behind and later Race to the Top, subjecting teachers to various punitive accountability measures.

The joint statement said the parties have “worked in good faith to find common ground on ProComp,” and reports indicate the traditional lane and step system may be partially or fully restored. However, teacher evaluations based on test scores will still be used to determine pay increases, continuing the system that punishes teachers for educational problems caused by poverty, overcrowded classrooms and years of budget cutting. Increases will still be tied to doing after school tasks to earn Professional Development Units (PDU). Under the new agreement, teachers will have to work an additional 45 hours to earn a single PDU.

There is nothing in the proposals about class sizes, tenure rights, and the expansion of “innovative schools,” the euphemism for publicly funded but privately run charter schools.

“Teachers shouldn’t trust the DCTA, the Colorado Education Association, the state legislature or the governor,” said Seth, a veteran Denver teacher who was forced to move to California in search of a better paying teaching position. “They have all sold us down the river. The DCTA is pro-Democratic Party and school district and has not fought for teacher rights or job security or against the closing of schools, like Montebello High School in 2014.

“I would say to teachers: ‘Don’t be rushed into signing this contract. Since you’ve been out on strike and sacrificing money, take your time to fully look over the details of the contract, and make sure you have several days to discuss and debate it before any vote. 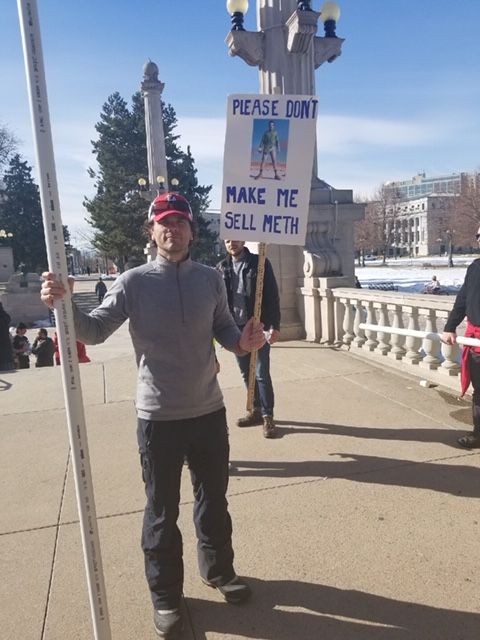 “The strikes in Los Angeles, and before that in West Virginia, Oklahoma, Arizona and other states show that teachers have to have an independent perspective and organize independently of the unions. Denver teachers have to organize independently, whether they are in the DCTA or not. You have to have your own stance and reach out to workers in other industries because the right to public education is being destroyed by big business and both parties, with the help of the unions.”

Denver teacher Kristy told the WSWS Teacher Newsletter, “I’m a veteran teacher with a Masters +60 (more college credits), I have nowhere to move unless I get a doctorate, which I won’t ever do. I just want a pay increase, so I don’t have to watch my pennies. I don’t want to be ‘required’ to do PDUs (Professional Development Units) to try and get a little bonus money. I want to be able, even in a small amount, get longevity increases as I finish up my career in DPS.

“When ProComp was first introduced, I was opposed to the whole idea of it. We don’t need incentives to make us try to be better teachers. We’re not dogs being rewarded for a trick well done. I’ve been on the traditional salary schedule all this time. With this current proposal, we’ve been told that everyone will be on it.”

Sara, a former DPS teacher, said, “I definitely don’t think Denver is going to be the last of major districts to strike across the nation. For some reason very rich people from both parties seem to think that they know how schools should be run.”

Denver and the state government of Colorado have long been dominated by the Democratic Party. The state eliminated teacher tenure, allowing any teacher to be fired for “less than effective” evaluations. In addition to ProComp, the DCTA also colluded with DPS to create the Leading Effective Academic Practice or LEAP program, which is designed to co-opt a section of teachers by paying them more to evaluate their fellow teachers, creating animosity and division among teachers.

The DCTA is following in the footsteps of the United Teachers Los Angeles (UTLA) by concluding a deal designed to leave their members in poverty and failing to resolve the systematic de-funding of public education in the district.

The UTLA gave educators only three hours to read the contract and vote. When the details of the contract emerged—rather than the distorted “highlights” distributed by the UTLA—teachers found that nothing had been won including on the critical demand of reduced class sizes. Teachers must not underestimate the bipartisan forces standing behind DPS Superintendent Cordova—including financial behemoths like Eli Broad, Bill Gates and Democrats for Education Reform—which seek to plunder the education “market” at the expense of teachers and students.

The national teacher unions, the American Federation of Teachers and the National Education Association, have done everything in their power to suppress, isolate and weaken the growing demands of teachers across the country. They have made it their priority to shut down each struggle just as the next round was heating up. This is again the case with Oakland, California teachers poised to strike, possibly within days.

Teachers should reject DCTA’s rotten deal and instead organize new rank-and-file committees of teachers, school workers and students to expand the strike and put forward new demands, which actually meet the needs of educators. Frankly, if the cost of living is twice teachers’ salaries, teachers must see their pay doubled. All “incentive” schemes should be abolished and adequate incomes guaranteed for all teachers. Charter schools, which divert vast educational resources into the hands of private businesses, must be reconverted to public schools. 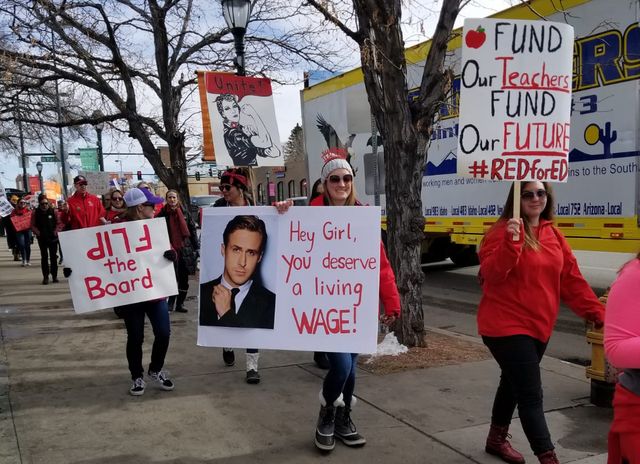 The DCTA is tailoring its agreement to what is acceptable to the Democratic Party and Wall Street interests they represent. There can be no doubt that Democratic Governor Jared Polis (a founder and advocate of charter schools) who reportedly was “keeping tabs” on the negotiations and Democratic Mayor Michael Hancock are working closely with the DCTA in the efforts to quickly end the strike.

Teachers, however, are fighting in defense of a bedrock social right, the right to high quality public education. Their determined militancy has been echoed by workers, parents, fellow school employees and, above all, students. Many of these forces would eagerly join with teachers in the formation of independent rank-and-file organizations were they given a lead. This requires a break with the unions, controlled by privileged executives and aligned with the Democratic Party, who are opposed to any genuine struggle.

East High School senior MJ Sykes told the World Socialist Web Site, “I don’t think it’s fair that our teachers should have to invest so much of their time and their personal resources, when they can’t afford to live in Denver in the first place. My mom is a teacher. She often has to budget because one paycheck wasn’t sufficient, or we don’t have the money we need. As students have to pay, for example, $90 for an AP [Advanced Placement] class, $20 a semester for band or $20 for ceramics. We can’t often pay those fees.

“The general consensus about teachers is that they just don’t get enough. Many work more than one job. Honestly, for a person who has to work as hard as a teacher does, staying up many nights late reading over multi-page paper, they should be paid a heck of lot more.”

His friend Kouji Yahama also from East High, added, “It’s astonishing when the administration can be so out of touch. There was some $4 million in bonuses for the administrators and they’re not willing to share.

“It’s well known for 15 or 20 years that teachers don’t get enough. From the student perspective, it feels like the whole curriculums are based on tests. Needless to say, I can’t stand it. This is unfair to the teachers and too much after a certain point. Plus, there should be a decreasing in class sizes, because I know classes of 35 or more children, when they are supposed to be capped out at 30 or 32.”