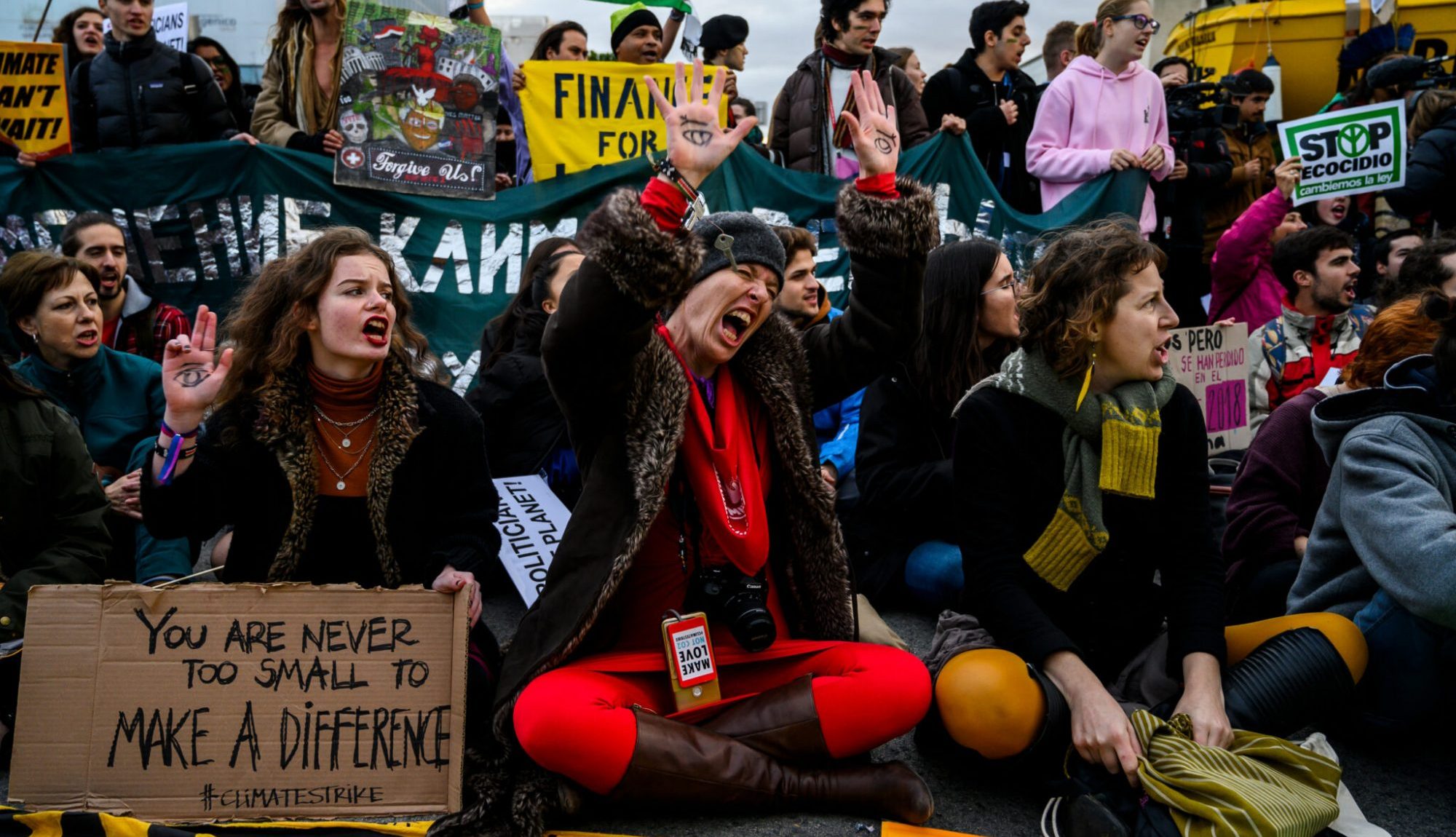 More than a year of delays in some negotiations means the goal of limiting warming to 1.5 degrees Celsius is slipping farther away.

The international goal to limit global warming seemed far away this week, as the most recent round of United Nations climate negotiations ended with concerns about a lack of progress on key issues like climate financing for developing countries and a global framework for a carbon market, seen as a key tool to reduce greenhouse gas emissions.

The dearth of results will make it even harder to reach the target of preventing the average global temperature from rising much more than 1.5 degrees Celsius (2.7 degrees Fahrenheit), with time slipping away, said Saleemul Huq, director of the International Center for Climate Change and Development.

The United Nations Framework Convention on Climate Change, the parent treaty of the 2015 Paris Agreement, isn’t moving fast enough “and it is no longer the only venue where the decisions matter,” Huq said. The urgency of the climate crisis demands decisions every day, at every level of international diplomacy, he added.

Waiting for a meeting once a year of the Conference of the Parties (COP) who’ve signed the framework is no longer fit for the purpose of tackling the intensifying climate crisis, he added.

“If these annual meetings are to remain relevant they should take stock of which countries are complying with their respective Paris Agreement obligations and which are not,” Huq said. “The latter need to be named and shamed, for example, Australia, and then have stronger penalties applied to them.”

The Paris Agreement doesn’t include any penalties, but countries without adequate policies to reduce greenhouse gases may feel economic consequences from border carbon taxes and other economic measures being discussed internationally.

The UNFCCC technical talks held online this year because of the Covid-19 pandemic, were a scheduled part of the process for implementing Paris and an important stepping stone toward the next international climate meeting, COP 26, in Glasgow, Scotland, from Nov. 1 to Nov. 12.

That summit was originally scheduled for November 2020, but was delayed, along with other major climate reports and research efforts, by the pandemic. And even though infections are declining in many parts of the world, the inequitable global distribution of vaccines is another threat to the process.

During the technical talks, May 31 to June 17, climate negotiators from developing countries said they aren’t sure their delegations will be able to meet stringent health requirements to travel to Glasgow because of slow vaccine rollouts in their countries.

COP26 president Alok Sharma said he continues to plan for an in-person conference, and that the United Kingdom will try to ensure that climate negotiators from developing countries can meet vaccination requirements, but he didn’t provide any details about those plans.

During a press conference ending the talks, Sharma did not seem confident that the goal of limiting warming to 1.5 degrees Celsius was still within reach. He said an upcoming global science report, due in August, from the Intergovernmental Panel on Climate Change, would help tell the story.

“I suspect what we will face is further urgency and the need to go further, faster,” he said.

Sharma’s statements drew criticism from Extinction Rebellion UK, an activist group demanding more immediate action to address global warming and biodiversity collapse. One of its demands is to reach net-zero carbon emissions in the 2020s, rather than in 2050.

In a statement, the group said the UK failed to advance climate action by refusing to submit proposals to the UN climate body for cutting emissions more quickly, and by failing to address the International Energy Agency’s call for an immediate moratorium on all new fossil fuel investments.

Such a moratorium, the statement said,  “would be the minimum first step if they were genuinely intent on addressing the crisis. With the western US states facing meltdown and southern African temperatures soaring, it is unforgivable that proposals so far for COP26 make it look like it will be another failed green-washing talking shop, whilst the young are being sacrificed.”

The Only Game in Town?

The climate policy path set by the Paris agreement might have some faults, but at this point, it’s all we have, said Penn State climate scientist Michael Mann.

“Yes, it’s imperfect, but we live in an imperfect world with fraught politics, powerful vested interests and bad faith petrostate actors, who have worked hard to thwart any meaningful effort,” he said. “And yet we’re making real progress in spite of that. We might miss the 1.5 C target,

though I believe there is a fighting chance, depending on what we see in Glasgow later this year.”

Missing 1.5 Celsius, he said, is not a point of no return. “As I often point out, it’s not a cliff that we go off at 1.5 C, it’s a dangerous highway,” he said. “If we miss the 1.5 Celsius exit, the 2.0 Celsius exit is still a whole lot safer than 3 Celsius exit, and so on. It’s about decarbonizing our civilization as quickly as possible and avoiding as much damage as possible. But some damage and danger is unavoidable. We’re already seeing it at a little over 1 degree Celsius planetary warming.”

In any event, Mann said, the process is not the problem.

“The problem is bad actors who are going to work to thwart any process,” he said. “We need to put pressure on intransigent countries like Australia under conservative Prime Minister Scott Morrison. Tariffs and border adjustments, which were very much on the table at the G7 meeting last week, is one important way to do that.”

Where the recent talks failed to deliver, political leaders will have to step up, said Patricia Espinosa, head of the United Nations Framework Convention on Climate Change.

“One thing that is clear from the exchanges is that the controversial part is well identified,” she said, referring to the lack of progress toward a global carbon pricing system. “We need some political level guidance on this particular issue.”

“We need to implement it,” he said. “Refining the details is not that important. The big goals are important. Keep the temperature rise below 1.5 Celsius, deliver the promised $100 billion climate financing for developing countries, and help developing countries deal with loss and damage from climate change.”

Bob Berwyn an Austrian-based freelance reporter who has covered climate science and international climate policy for more than a decade. Previously, he reported on the environment, endangered species and public lands for several Colorado newspapers, and also worked as editor and assistant editor at community newspapers in the Colorado Rockies.