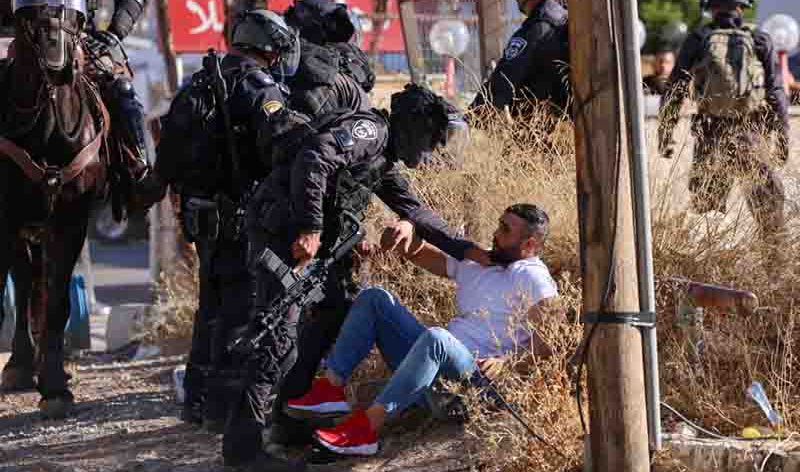 UNRWA representatives say Palestinian families in Sheikh Jarrah neighbourhood are refugees who have the right to their support.

United Nations representatives have denounced the potential forced expulsion of Palestinian families from their homes in occupied East Jerusalem’s Sheikh Jarrah neighbourhood as a “violation of international law”.

Speaking from Sheikh Jarrah on Wednesday, UNRWA commissioner-general Philippe Lazzarini said: “This eviction violates international law and Israel’s obligation as an occupying power. For UNRWA, these Palestinian refugees are experiencing a second displacement in living memory.”

He said as head of the UN agency for Palestine refugees it is his job “to protect and assist Palestinian refugees”.

“I have made it our priority to help prevent another cycle of trauma and loss,” Lazzarini added.

Sheikh Jarrah has been the site of continuing demonstrations as dozens of Palestinians living there face forced expulsion in a case filed against them by Jewish settler organisations.

Mass protests against their forced dispossession in May quickly spread across historic Palestine and caught the attention of the international media.

An Israeli crackdown on protesters spread to Al-Aqsa Mosque, where Israeli security forces stormed the compound numerous times during the holy month of Ramadan, wounding hundreds of Muslim worshippers.

On May 9, under pressure, the Israeli high court delayed the ruling on the expulsion of four Palestinian families. A new court date will be announced in 30 days, it said.

“It is very difficult to explain how the lives of these eight families risk being turned upside down for the second time within nearly three generations of being Palestinian refugees,” said Lazzarini.

“I saw one home which Israeli settlers have already taken over half of the house. The house is actually divided in two – a Palestinian family and a settler family. It is surreal.”

He said the UNRWA continues to call on Israeli authorities to “end this displacement” and “protect the rights and dignity” of Palestinians in the occupied territories, including in Sheikh Jarrah.

Reporting from West Jerusalem, Al Jazeera’s Harry Fawcett said “there has been massing international pressure on this issue”.

“Israel’s foreign minister was at the beginning of May talking about this as a private land dispute. That is not the story as far as the international community and law and the Palestinians are concerned. This is occupied territory beholden to international law, and Israel has a responsibility towards the Palestinian families there.

“Israel is coming under mounting pressure. There is now a political element as far as Israel is concerned,” said Fawcett, adding Israel’s attorney general has until June 8 to give his legal opinion on the matter.

Also speaking from Sheikh Jarrah, Gwyn Lewis, director of UNRWA affairs in the occupied West Bank, said the Palestinian families in Sheikh Jarrah have the right to support from UNRWA.

A heavy presence of police and paramilitary forces has blocked access to Sheikh Jarrah since May 14, according to Palestinian activists.

The closure has intensified with the entry of supporters of Palestinian residents banned because of “the so-called risk of clashes”, but these restrictions are not imposed on supporters of Jewish settlers living there, Israeli NGO Ir Amim told Al Jazeera last month.

Meanwhile, Palestinian families are living inside “a cordoned-off military-like zone”.

“They are subject to ongoing arbitrary harassment and aggressive police measures,” marked by forced entry into homes and the use of stun grenades, skunk water and rubber-tipped bullets against neighbourhood residents, said the NGO.