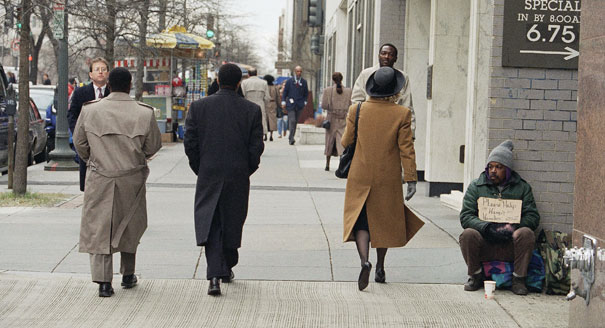 United States Is Now the Most Unequal of All

The broadest mathematical measure of wealth-inequality is called “Gini,” and the higher it is, the more extreme the nation’s wealth-inequality is. The Gini for the U.S. is 85.1. Other extremely unequal countries are (pages 98-101 of this report) Chile 81.4, India 81.3, Indonesia 82.8, and South Africa 83.6. However, some nations are even more-extreme than the U.S.: Kazakhstan 86.7, Russia 93.1, and Ukraine 90.0. But Honduras and Guatemala are such rabid kleptocracies that their governments don’t even provide sufficiently reliable data for an estimate to be able to be made; and, so, some countries might be even higher than nations like Russia.

Under Barack Obama, the U.S. has, for the first time in this nation’s history, increased the concentration of its privately held wealth during an “economic recovery” from a financial crash. (Consequently: the bottom 90% have experienced no benefit from this “recovery.”) Usually, there is more instead of less economic equality in the wake of a crash; but Obama’s policies of holding harmless the Wall Street insiders who profited enormously from creating the bubble, and of restoring their wealth by taxpayers buying up their toxic assets via the bailouts, etc., have made the U.S. more like nations such as Chile, India, Indonesia, and less like nations such as Australia, Canada, and Finland. Although Mr. Obama’s rhetoric has been opposed to extreme wealth-concentration, his policies have actually intensified that tendency. Republicans are not satisfied with the extent to which he has done this, and they call for even more extreme wealth-concentration policies, but Obama has actually benefited America’s billionaires a great deal. Romney received most of their campaign money, but Obama has performed extraordinarily well for them.

According to the latest study by the highly regarded economic-concentration specialist Emmanuel Saez, the richest 1% of Americans have been receiving 95% of the income-gains during the Obama “economic recovery.” This “recovery” has raised incomes for the top 1% by 31.4%. Everyone else has seen income-gains of 0.4%. Other studies have shown that the bottom 95% of Americans have actually experienced overall reductions in their incomes under President Obama. So: for most Americans, the “recession” has merely continued.

Investigative historian Eric Zuesse is the author, most recently, of They’re Not Even Close: The Democratic vs. Republican Economic Records, 1910-2010, and of CHRIST’S VENTRILOQUISTS: The Event that Created Christianity.